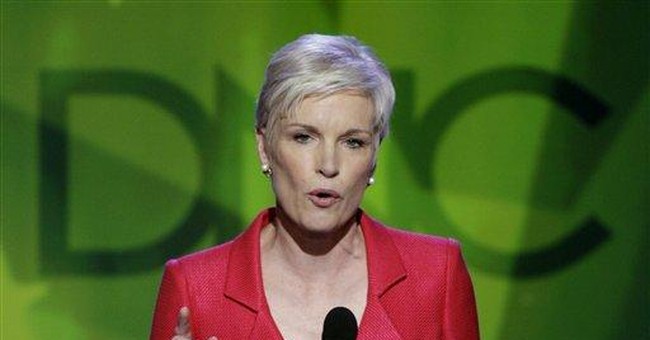 Please stop abusing civil rights history to justify your present-day killing fields. Martin Luther King Jr.’s memory is not a dummy that you can manipulate like a ventriloquist. Although he was given the inaugural Margaret Sanger Award (which was accepted by his wife, Coretta Scott King) from the nation’s largest birth control chain in 1966, he wasn’t praising the slaughter of millions that Planned Parenthood was plotting to make central to its mission. The nation’s abortionist-in-chief tweeting yet another quote about human dignity from the champion of justice for all is as sincere as China celebrating freedom of speech. “Change does not roll in on the wheels of inevitability, but comes through continuous struggle…” was the MLK quote tweeted. And it was sent by one who oversees an abortion empire that ensures millions of unborn humans struggle for their lives and millions of women and men are left struggling to make sense of killing their child in the name of “choice”.

As with everything else with your billion-dollar empire, one has to put things into a truthful context. In 1966, abortion wasn’t legal. MLK wasn’t praising the dismembering and suctioning of defenseless human beings. He, like many others during the 60s when Planned Parenthood feigned advocacy of strong families, was duped by an industry birthed in eugenic racism, that preached overpopulation mythology, demanded discriminatory immigration policies, and promoted forced sterilizations through its state eugenics boards. By the way, Elaine Riddick sends her love. Thanks to Planned Parenthood, she was one of over 60,000 people sterilized as part of your organization’s “proud” history. If you want to accurately depict history, Maafa21 is a great resource.

I know you suffer from mythomania, but do you distrust women so much that you have to falsify history to champion abortion? You were a history major in college, so I’m sure you know that your website’s contention that “in Sanger’s America, women cannot vote” is a complete lie. The 19th Amendment was ratified in 1920. Sanger was born in 1879 and died in 1966. Women obviously voted in “Sanger’s America”. This is only one of many lies and distortions on Planned Parenthood’s taxpayer-funded website, not to mention the omission of Sanger’s racist, elitist, and Nazi-influencing eugenics pseudoscience.

I know. I know. I know. Today’s Planned Parenthood isn’t like it was during Margaret Sanger’s days. And you’re right. It’s worse. Back then, black communities and other designated “unfit” citizens were targeted with birth control. Today, your blood-soaked abortion empire kills the “unwanted” over 330,000 times a year. Yes, I can already hear you proudly proclaim: “Three percent!” As if killing human beings only 3% of the time is okay. I wonder if the American public would be okay with just 3% of their food tainted with toxic sewage. It’s only three percent.

Your propaganda is toxic sewage. And it’s been poisoning generations of Americans to believe that your billion-dollar abortion business (funded by half a billion taxpayer dollars annually) is the savior of women and the poor. No amount of seeming beneficence (e.g. breast cancer exams) makes up for the violent mutilation of hundreds of thousands every year. Even the KKK runs bake sales.

By the way, you have plenty of other civil rights figures (and organizations like the National Urban League) who you can exploit to advance your mission of carnage. W.E.B. Du Bois is a perfect spokesperson for Planned Parenthood. He joined your organization’s Negro Project railing against the “masses of ignorant negroes” and compared the quality of black people that deserved to live with the quality of vegetables. He even penned an obituary for Joseph Stalin, calling the tyrant who murdered millions of his own citizens “a great man” who “seldom lost his courtesy or balance.” Du Bois knew Stalin was a ruthless killer who purged his country of dissenters. Even the organization he co-founded, as overtaken by communist sympathizers as it was, ousted its co-founder from the NAACP for such extremism. Du Bois went on to promote racial segregation, renounce his US citizenship and move to Ghana praising government leaders who used their power to bully, silence or even kill the opposition.

He’s a great fit for your organization. Children born from “unintended” pregnancies, however, daily prove your organization wrong. They are the opposition. They’re wanted. They’re loved. They accomplish great things. Steve Jobs, an adoptee, was glad he “didn’t end up as an abortion.” Abortion survivor Gianna Jessen’s story of hope and healing has spoken to millions around the globe. I’m one you and your organization continue to demand should have been aborted. I’m the one percent used to justify 100% of abortions. But my biological mother showed the courage that Planned Parenthood daily denies women possess—the incredible ability to overcome the most difficult circumstances and to triumph over violence.

But your organization survives on violence. Daily, these casualties are simply labeled a “service” and are tally marks for your Annual Report. You tout a faux “War on Women” yet wage an ongoing battle on girls and women every day, spending millions making sure they are misinformed and that those who offer life-affirming alternatives (like any pregnancy care center) are maligned.

Today, in New York City--the home of Planned Parenthood--there is an epidemic of abortion in the black community. More black babies are aborted than are born alive. Planned Parenthood’s overt efforts to target the black community with its abortion centers only cause more death in communities already ravaged by poverty, fatherlessness and violence.

Mrs. Richards, you’ve done Margaret Sanger proud. You have become the self-appointed arbiter of human worth. And you’ve been handsomely rewarded for putting a false face on abortion—a salary of $523,616. Hopefully, American public is beginning to awaken to your perversion of justice and human rights. The next time you want to talk about struggle and freedom, please wipe the blood off your fingertips before you tweet about human dignity.