Ross Marchand
|
Posted: Sep 10, 2020 1:25 PM
Share   Tweet
The opinions expressed by columnists are their own and do not necessarily represent the views of Townhall.com. 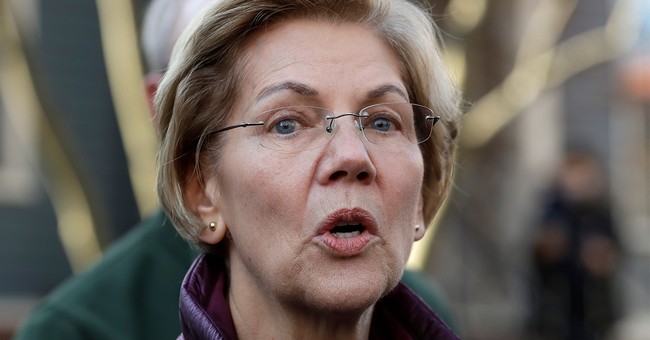 Since Postmaster General (PMG) Louis DeJoy took the helm of the U.S. Postal Service (USPS) in June, there’s been no shortage of false claims and wild conspiracies being thrown around. Media outlets reported with alarm that sorting machines and mail collection boxes were being removed across the country, only to discover that these removals have been happening for years. And, who could forget the (debunked) theory that PMG DeJoy was killing baby chickens?

The latest falsehood – likely intended to rile up seniors before Election Day – is that PMG DeJoy’s policies have been slowing down drug deliveries. Sens. Elizabeth Warren (D-Mass.) and Bob Casey (D-Penn.) make this claim in a recently released report. But, according to their own findings, any slowdown in medication deliveries predates DeJoy and is likely due to COVID-19. Lawmakers should carefully read their own reports before jumping to wild claims and conspiracies.

Lawmakers don’t let pesky facts get in the way of postal political posturing. Sens. Warren and Casey claim that, “since taking office in May, Postmaster General Louis DeJoy has implemented significant changes to Postal Service operations.” A quick Google search should have revealed that PMG DeJoy was selected for the role in May but didn’t start on the job until June 15. This simple factual error hopelessly confuses the rest of the analysis. The lawmakers’ report surveys five mail-order pharmacies, one of which indicated that their “[s]tandard for reasonable delivery time for all mail service prescriptions…was not met during May through July 2020.”

Another pharmacy, “reported a more than four-fold increase in consumer inquiries about delayed mail-order prescriptions just between May and August 2020.” But, since DeJoy didn’t become PMG until June 15 and implemented delivery changes in early July, the delays cited in the report began happening under previous leadership. This probably wasn’t the result of a sinister conspiracy against the USPS, but rather a global pandemic that drastically increased medication deliveries. According to Pharmaceutical Care Management Alliance data cited by Sens. Warren and Casey, there was “an average 17 percent increase in mail-service prescriptions in March 2020 as compared to March 2019.” Increased volumes coupled with the widespread quarantining of USPS workers created a perfect storm of delays and declining service standards.

And because the pandemic has waxed and waned and hit some areas far worse than others, delivery delays have been far from universal. Prominent pharmacy benefit manager Express Scripts said in August that it is “not currently experiencing any unusual delays in deliveries.” Major pharmacies such as CVS and Rite Aid have denied experiencing system-wide delays. Walgreens has noted some delays since March, coinciding with the start of the pandemic – not DeJoy’s tenure.

Despite Sens. Warren and Casey selectively citing mail-order pharmacies and getting basic facts wrong about PMG DeJoy, the duo confidently conclude, “there have been significant delays in USPS deliveries of mail-order prescription drugs” due to DeJoy’s delivery changes. In reality, the new Postmaster General’s new policies are clamping down on costs without causing significant systemwide delays. USPS data supplied to Congress showed that (as of August) nearly 95 percent of mail reached consumers within a day of ordinary delivery standards. Some subcategories of mail such as marketing mail (how most election mail is sent out to voters) may even be running a bit ahead of schedule. Yet this good news is unlikely to garner mention by lawmakers such as Warren and Casey, who are more interested in an alarmist narrative about America’s mail carrier.

The lawmakers are right to be worried about the USPS. But policymakers should focus on the real issues, such as the agency’s $160 billion in unfunded liabilities. Even if the USPS has enough cash on hand to pay their bills through mid-2021, significant reforms are needed to right the agency’s fiscal ship. But this reform process cannot happen if lawmakers continue to deliver misinformation about the Postal Service.