The Public Opposes Obamacare Because... 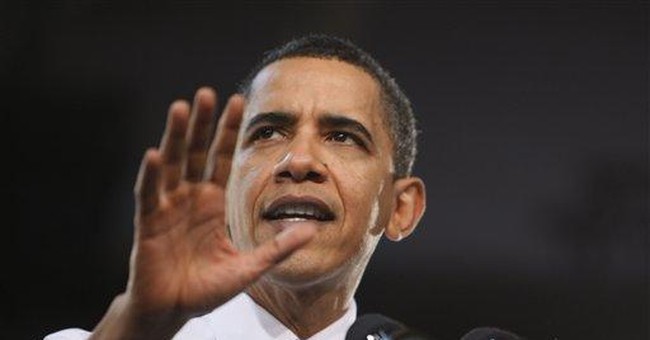 Why the mounting public opposition to ObamaCare?

-- Adoption of ObamaCare would make Americans more reliant on the federal government, not less.

--According to pollsters Scott Rasmussen and Doug Schoen, polls this week show that 57 percent of voters believe passage of ObamaCare would hurt the economy (25 percent believe it would help), and just 17 percent believe it would cut health care costs. Note the pollsters: Most voters believe the current plan will harm the economy, cost more than projected, raise the cost of care, and lead to higher middle-class taxes.

-- ObamaCare's prototypes in for instance England, Canada, and Massachusetts demonstrate that it would drive up medical costs, drive down quality of care, drive doctors out of medicine -- and discourage prospective doctors from entering the profession. No example of government-overseen medicine -- anywhere, ever -- has proved the equal of (let alone superior to) the system we have.

-- In determining who would receive what coverages, medicines, and procedures, ObamaCare would ration medical care.

-- It would tell doctors how to practice, impose price controls, and set hospital rates.

-- Regarding hospital rate-setting alone, of the 30 states that capped hospital rates in the 1970s and 1980s, all except Maryland discarded them because of their failure to control costs. In 2006, Massachusetts Governor Mitt Romney pushed through a government medical plan as a way to rein in spending. Massachusetts now boasts the nation's highest medical costs -- a key to the election of Scott Brown to the Senate seat long held by Teddy Kennedy.

-- At almost precisely the moment President Obama says (as he did during his seven-hour "summit") that the key issue is "figuring out how can we control the huge expansion of entitlements," ObamaCare would create yet another entitlement affecting 17 percent of the nation's economy.

-- It would be lunacy to enact any program, such as ObamaCare, that would come to us courtesy of the same federally sanctioned sorts of discourteous incompetents, enforcers, and unsmiling satraps at Amtrak, the Postal Service, and the IRS.

-- Likely running to, oh, several trillions of dollars over the next decade alone, it would amount to fiscal incontinence.

-- Contrary to the babblings of D.C.'s leftist leadership (e.g., Sen. Christopher Dodd, an ends-justifies-the-means kind of guy: "the issue trumps the process"), the costs of doing nothing likely would not be higher than the costs deriving from legislation contrived in back rooms, passed in abuse of standard rules and practices, and even murkily understandable in all its facts and implications only after its adoption.

-- At no time in the past has Congress enacted major social change rivaling ObamaCare without significant bipartisan buy-in. ObamaCare is unlikely to win a single Republican vote in either congressional chamber. (It has received just one so far, from a New Orleans Congressman, and he has changed his mind.)

-- Given that no Founding document (a) cites health care as an entitlement or (b) stipulates health insurance as a necessity, compelling every taxpayer to purchase health care coverage probably is -- no, clearly is -- unconstitutional.

-- While taxes for ObamaCare would begin this year, benefits would not start kicking in until 2014.

-- In states mandating coverage of pre-existing health conditions, as ObamaCare would, premiums often have so much as tripled.

-- How beneficial would ObamaCare be if the president of the United States has to demonize insurance companies and their agents to sell it -- just as he has made "banker" and "Bush" and "Republican" pejorative words?

-- Indeed, how beneficial could such a plan possibly be for us mere plebians if the patricians in the federal political class exempt themselves from it by arrogantly insisting on their continued participation in the vastly superior Federal Employee Health Benefits Plan?

-- ObamaCare, as currently patched together, is but a stop on the track to full socialized medicine (the "public option") that President Obama has pledged his fellow progressives he will work diligently to achieve.

So as the president bellows, "All aboard!", no wonder ever larger percentages of the public scramble to get off the train. They see Obama as British Prime Minister Benjamin Disraeli saw a 19th Century contemporary -- "a sophisticated rhetorician, inebriated with the exuberance of his own verbosity."

Obama and his progressive Democrats may view many in the public the way FDR adviser Harry Hopkins did ("too damned dumb to understand"). But growing numbers know full well the Beltway Democrats propose to take them for a long and fateful -- fatal? -- ride.