End Torture, Shut Down the CIA 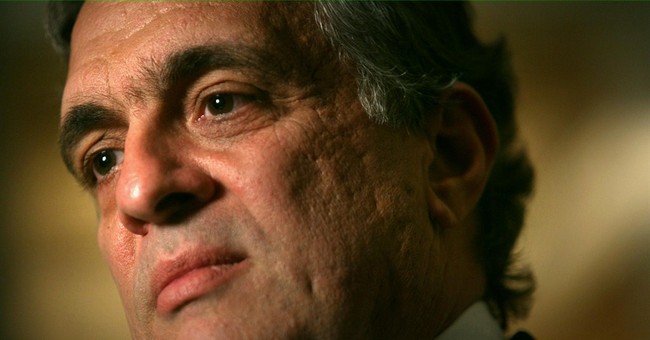 Remember back in April, 2007, when then-CIA director George Tenet appeared on 60 Minutes, angrily telling the program host, "we don't torture people"? Remember a few months later, in October, President George W. Bush saying, "this government does not torture people"? We knew then it was not true because we had already seen the photos of Iraqis tortured at Abu Ghraib prison four years earlier.

Still the US administration denied that torture was torture, preferring to call it "enhanced interrogation" and claiming that it had disrupted so many terrorist plots. Of course, we later found out that the CIA had not only lied about the torture of large numbers of people after 9/11, but it had vastly exaggerated any valuable information that came from such practices.

However secret rendition of prisoners to other places was ongoing

The US not only tortured people in its own custody, however. Last week the European Court of Human Rights found that the US government transferred individuals to secret detention centers in Poland (and likely elsewhere) where they were tortured away from public scrutiny. The government of Poland was ordered to pay hundreds of thousands of dollars in damages to two victims for doing nothing to stop their torture on Polish soil.

How tragic that Poland, where the Nazis constructed the Auschwitz concentration camp in which so many innocents were tortured and murdered, would acquiesce to hosting secret torture facilities. The idea that such brutality would be permitted on Polish soil just 70 years after the Nazi occupation should remind us of how dangerous and disingenuous governments continue to be.

This is the first time the European court has connected any EU country to US torture practices. The Obama administration refuses to admit that such facilities existed and instead claims that any such "enhanced interrogation" programs were shut down by 2009. We can only hope this is true, but we should be wary of government promises. After all, they promised us all along that they were not using torture, and we might have never known had photographs and other information not been leaked to the press.

There are more reasons to be wary of this administration's claims about rejecting torture and upholding human rights. The president has openly justified killing American citizens without charge or trial and he has done so on at least three occasions. There is not much of a gap between torture and extrajudicial murder when it comes to human rights abuses.

Meanwhile, former CIA director George Tenet and other senior current and former CIA officials are said to be frantically attempting to prepare a response to a planned release of an unclassified version of a 6,500 page Senate Intelligence Committee study on the torture practices of that agency. The CIA was already caught tapping into the computers of Senate investigators last year, looking to see what information might be contained in the report. Those who have seen the report have commented that it details far more brutal CIA practices that have been revealed to this point.

Revelations of US secret torture sites overseas and a new Senate investigation revealing widespread horrific CIA torture practices should finally lead to the abolishment of this agency. Far from keeping us safer, CIA covert actions across the globe have led to destruction of countries and societies and unprecedented resentment toward the United States. For our own safety, end the CIA!