Rob Natelson
|
Posted: May 18, 2017 10:20 AM
Share   Tweet
The opinions expressed by columnists are their own and do not necessarily represent the views of Townhall.com. 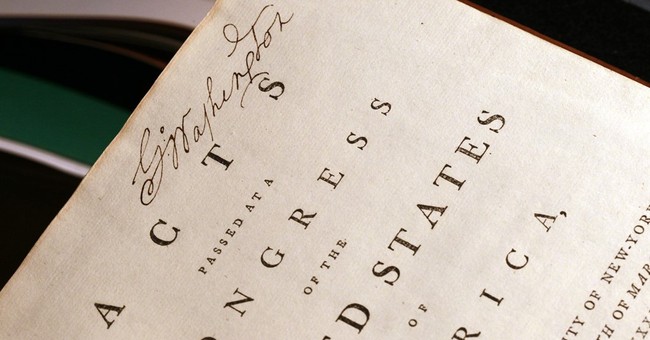 Most state legislatures have filed applications with Congress demanding a national convention for proposing constitutional amendments. Americans are asking just what kind of convention the Constitution requires.

This would be a familiar procedure: There have been about 40 conventions of states in American history—although this one would be the first called to propose constitutional amendments under the authority of the Constitution itself.

Other commentators—predominately, but not exclusively, convention opponents—argue an amendments convention should consist of popularly elected delegates, perhaps allocated by population.

The Constitution itself merely refers to the assembly as a “Convention for proposing Amendments.” So we must look at history to understand how the Founders understood the term.

During the century before the Constitution was drafted, conventions among North American colonies, and later among states, met on average every three or four years. After Independence in 1776, the pace quickened: The Constitutional Convention of 1787 was the 11th interstate gathering in 11 years. All were assemblies of state delegations, operating as ambassadors from their respective states.

The delegates were officially called “commissioners” and the meetings dubbed either “conventions of the states” or by some well-recognized synonym.

The fact that the founders knew only of the “convention of the states” model of interstate meeting suggests strongly they intended an amendments convention to work the same way. The new study shows how the “convention of states” approach fits within the Constitution they drafted and approved.

Newspaper articles used the same term. Leading founders such as George Washington, James Madison, and Alexander Hamilton made comments that reveal their assumption that an amendments convention is a convention of the states.

Perhaps most persuasive of all are the references to “convention of the states” in state legislative resolutions and other government documents. During 1788 and 1789, several state legislatures debated whether to formally apply to Congress for a convention, primarily to obtain a bill of rights. The very first application, passed by the Virginia legislature, used the term “convention of the states,” and the second (New York’s) used a common synonym.

The study observes: “Within a few months amid the ratification debates, five states in different regions of the country—three in favor, one against, and one neutral—issued seven official documents identifying an amendments convention as a convention of the states.”

When the convention is called to order, each delegation will have an equal voice. Although the assembly theoretically could change that rule, no convention of states ever has.

If delegations from all 50 states attend, then 26 will be able to propose an amendment. Their proposal will, however, be merely a proposal. To become part of the Constitution, three-fourths of the states (38) must approve, thereby assuring the amendment has strong popular support.