The One-Sided World of Cyber Bullying

Robert Knight
|
Posted: May 14, 2019 12:01 AM
Share   Tweet
The opinions expressed by columnists are their own and do not necessarily represent the views of Townhall.com. 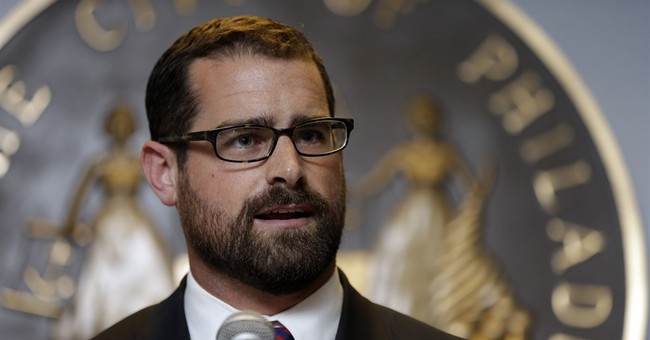 Brian Sims is having his 15 minutes of fame – or notoriety, depending on your point of view.

A Pennsylvania state representative, Mr. Sims, a Democrat, distinguished himself on June 19, 2018 by “welcoming” Vice President Mike Pence to Philadelphia with a tweet featuring a photo of himself, grinning, with middle finger extended.

“Let me be the first to officially welcome you to the City of Brotherly Love and to my District!,” he wrote. “We’re a City of soaring diversity. We believe in the power of all people: Black, Brown, Queer, Trans, Atheist, & Immigrant. So...get bent, then get out!”

The uninhibited Mr. Sims was just getting started. This past week, he posted a video of himself haranguing a woman quietly praying outside a Planned Parenthood office.  It went on for eight minutes, during which he called her “an old white lady.”

“Shame on you,” he yelled. “What you're doing here is disgusting.”  The self-described “LGBTQ activist,” who is white, also called her a “racist.”

Pretty disturbing behavior for an elected official. But it didn’t make the evening news – except for Fox – nor trigger any censors at Twitter, who routinely “shadow ban” or block conservatives.

On a more positive note, hundreds of pro-life activists led by Live Action staged a rally on Friday at the Philadelphia clinic to protest Mr. Sims’ bullying.

On April 18, on a live stream, Sims went after several pro-life teen girls protesting in the same location, offering $100 to identify them so they could be bullied. This is called “doxing,” and it means revealing personal information or even home addresses in order to subject people to harassment.   It’s what LGBTQ activists did to supporters of the Prop. 8 marriage amendment in California in 2008, using a Google map to pinpoint residences.

As of this writing, Mr. Sims remains a Tweeter in good standing, unlike others who have felt the wrath of Silicon Valley’s leftist blue-pencilers.

In mid-April, Bishop E.W. Jackson, Sr., who ran for Virginia Lt. Governor in 2013 on the Republican ticket, was told his Twitter account would be suspended until he takes down an offending tweet.

Mr. Jackson, with whom I am a contractor for his organization Staying True to America’s National Destiny (STAND), had responded to a tweet by British reality TV star Andy West.  Following the terrorist Easter Sunday bombings of three churches and hotels in Sri Lanka that killed 321 people and injured 500, West had tweeted:

“There is no excuse for terror attacks against innocent people but as a journalist I saw Western Christian missionaries unscrupulpusly [sic] converting Buddhist orphans for food and shelter after the Asian tsunami. Don’t send your prayers,” he wrote.

Here’s the response to West that got Bishop Jackson banned:

“Muslims are the ones who try to terrorize and intimidate people into conversions or kill them for converting from Islam. To compare Muslims murdering Christians to Christians doing missionary work is anti-Christian bigotry.”

Over on Facebook, Illinois Family Institute writer Laurie Higgins, a perceptive social critic, has found herself more than once in “Facebook Jail,” as have Americans for Truth President Peter LaBarbera and Houston Baptist University Prof. Robert Gagnon, an expert on Biblical sexual morality.

Dennis Prager is a widely read columnist and orthodox Jew who posts informative, lively videos on various topics under his PragerU imprimatur.   YouTube, a Google subsidiary, has placed more than 100 videos from PragerU on its “restricted” list – more than 10 percent of PragerU’s library.

“Your videos aren't appropriate for the younger audiences," Google told Mr. Prager after he filed a complaint.

“There is no excuse for Google and YouTube censoring and restricting any PragerU videos, which are produced with the sole intent of educating people of all ages about America's founding values,” PragerU’s website states, along with a request that people sign a petition protesting the action.

None of these folks communicates anything remotely hateful.  They use facts, logic and in some cases personal experience.  But they get censored while abusive LGBTQ activists like Rep. Sims hurl invectives without consequence.

Over at Vimeo, the PC police have taken down hundreds of video testimonies about how people found Jesus and overcame unwanted homosexual desires.

At some point, Americans are going to wake up and realize that we’re living in a loaded, unfree  social media oligarchy, and demand that someone address it.  The best answer would be the rise of competitors, but sheer concentration has made that unlikely.

The cyber giants are private companies, but so were the “trusts” that Teddy Roosevelt famously fought as threats to competition and free markets.

Congress has already held hearings on Silicon Valley’s censoring conservative views, eliciting promises from the cyber czars to be fair.  It’s not happening.

So, where’s Teddy when you need him?