Playing Ball with the Mobocracy

Robert Knight
|
Posted: Jan 08, 2019 1:38 PM
Share   Tweet
The opinions expressed by columnists are their own and do not necessarily represent the views of Townhall.com. 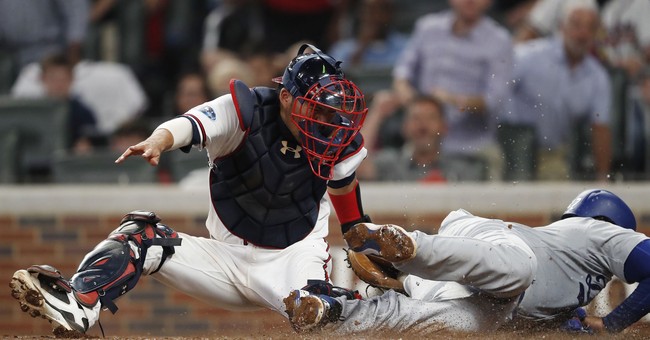 Just before Christmas, Major League Baseball (MLB) served up a home run to the Castro regime.

MLB, along with the Major League Players Association, announced a pact with the communist government to let Cubans play in the United States and Canada – but only if they leave their families behind, return after the season and forfeit a chunk of their salaries to the Cuban government.   This makes them essentially slaves of the communist regime, like the rest of their countrymen.

Here’s how USA Today sugarcoats it:  The agreement will “allow players from the island to be scouted and signed by the league without having to defect.”  How about: “without being allowed to defect?”

Here’s more from USA Today: “Unless scuttled by the Trump administration, the deal would facilitate Cuban players’ entry into American professional baseball while avoiding the dangerous journeys and dealings with human smugglers that have marked many of their departures.”

And why are departures from Cuba so perilous? Because people are not allowed to leave this country-sized prison except by government dictate. You can get shot or imprisoned for trying it on your own.  Since the 1959 communist takeover of the island 90 miles off Key West, Cuba has been a paranoid police state – and still is.

The Castro gang not only abuses its own people but assists other dictators like Venezuela’s Nicolas Maduro, who is turning his once-prosperous country into a totalitarian nightmare with a Cuban-directed security force.

In 1998, Baltimore Orioles owner Peter Angelos brought his team to Havana for exhibition baseball and was photographed in the stands next to Cuban dictator Fidel Castro. To the hundreds of thousands of Cuban exiles who had fled to America, it was a disgrace.  Many had lost loved ones to Castro’s gulag. One refugee who has not forgotten is film maker Agustin Blazquez, whose documentaries correct the record distorted by America’s Castro-loving media.

“Che: The Other Side of an Icon,” destroys the myth of a lovable Che Guevara, who was in reality Castro’s bloody enforcer.  “Act of Repudiation,” released in 2007, tells the story of classical guitarist Carlos Molina, who tried to go through proper channels and leave the island legally in the late 1970s into the 1980s.  He and his family were subjected to government-orchestrated mobs carrying machetes that surrounded their home, pelted the house with bricks, broke widows and screamed death threats.

This went on 24/7 for 10 days, while Mr. Molina, his wife and children and his elderly mother, huddled inside.   At the music academy where Mr. Molina taught, the director gathered the students and staff and read a “letter of resignation” from Mr. Molina that called him a “traitor to the revolution.”

Since no one in Cuba except Communist Party members and foreigners could purchase food without a ration card (mark of the Beast, anyone?) the regime punished him by stamping “traitor” on his card, rendering it useless.  After three years of hiding and persecution, Mr. Molina, his wife and three young girls finally were allowed to leave after sending an appeal through the U.S. consulate to then-Sen. Edward Kennedy, whose staff arranged the family’s departure.

While hearing Mr. Molina’s daughter describe the mob-induced terror at their home, I couldn’t help but think of how the liberal media use mobs to advance their agenda right here in the United States.

This past week, 150 rock-throwing migrants attempted to storm the border near San Diego.  Most media featured children being “tear-gassed.”  However, here’s Katie Waldman, a Homeland Security spokeswoman: “Once again we have had a violent mob of migrants attempt to enter the United States illegally by attacking our agents with projectiles… initial reporting indicates that once the attempted illegal entry was thwarted by agents, the mob began pushing women and minors to the front, forcing minors to climb dangerous concertina wire, and encouraged conveniently invited media to begin filming their illegal acts."

On November 7, a mob showed up at the home of Fox News’s Tucker Carlson, screaming “we know where you sleep at night. Tucker Carlson, we will fight!” Mr. Carlson’s terrified wife, who first thought it was a home invasion, was alone at the time.

And who could forget the mobs pounding on the Supreme Court doors after Brett Kavanaugh was affirmed as an Associate Justice?

If all this has the ring of something long ago, that’s because it smacks of the men of Sodom, pounding on Lot’s door and demanding to rape the two male angels he had been sheltering.

The bad news is that mob violence works to discourage good people from entering public life. The good news is that it gives ample warning to the danger of allowing those who egg them on to be in power.

Getting back to Major League Baseball’s unforced error, it is hoped that the Trump administration can, indeed, “scuttle” this sordid deal that has America’s pastime colluding with a communist mobocracy.