Robert Knight
|
Posted: Jun 13, 2017 12:01 AM
Share   Tweet
The opinions expressed by columnists are their own and do not necessarily represent the views of Townhall.com. 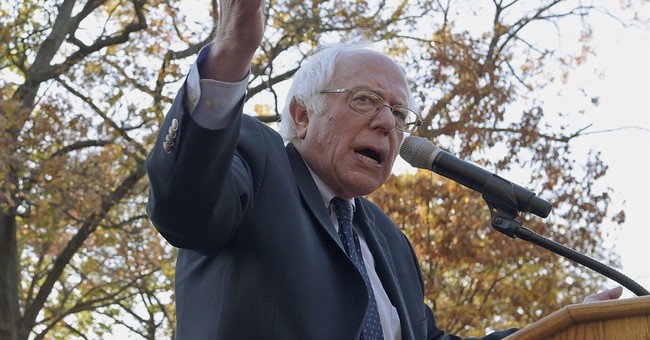 An extraordinary exchange took place this past week amid the hysteria surrounding former FBI Director James Comey’s impending testimony the next day before Congress.

Sen. Bernie Sanders, the Vermont socialist who came close to denying Hillary Clinton the Democratic nomination for the presidency, essentially ruled out public service by Christians.

Yes, he did.  If you think this is an exaggeration, read on.  The senator’s newly imposed and unconstitutional religious test for public office (see Article VI) emerged during a hearing for Russell Vought, President Trump’s nominee to be Deputy Director of the White House Office of Management and Budget.

Referencing an article that Mr. Vought had written for a Christian publication in which he had stated that Muslims “do not know God because they have rejected Jesus Christ, His Son, and they stand condemned,” Sen. Sanders asked Mr. Vought, “Do you believe that that statement is Islamophobic?”

Mr. Vought replied, “Absolutely not, Senator. I’m a Christian, and I believe in a Christian set of principles based on my faith.” He further explained that he was defending the beliefs held by his alma mater, Wheaton College.  Sen. Sanders then pressed him repeatedly about whether he thought Muslims were “condemned” and followed by asking if Jews were similarly “condemned” and finally, “do you think that people who are not Christians are going to be condemned?”

Without delving into bedrock Christian theology concerning salvation, Mr. Vought responded to the thrust of Sen. Sanders’ inquiry, which was about how he would conduct himself as a public official:

Not good enough for Sen. Sanders. He can smell a conspiracy a mile away unless it’s something the Democratic Party cooked up about Russians hiding in a closet at the Trump campaign headquarters.

“I would simply say, Mr. Chairman, that this nominee is really not someone who this country is supposed to be about. I will vote no,” Sanders intoned, thus “condemning” the nominee and millions of Bible-believing Christians to whatever Siberian hellhole they should be sent.

The Sanders comments at the Budget Committee hearing are a snapshot of the totalitarian Left’s view of the rest of America:  Bow to our secular gods or else.  Embrace moral relativism or else. Your acceptability depends on how closely you cleave to the Left’s pet views on a range of topics. The exception appears to be how they treat Islam. Can you picture Sen. Sanders asking a Muslim nominee, “Do you believe that people who reject Allah are ‘infidels’?”  Don’t hold your breath.

“Vought expressed entirely orthodox Christian beliefs,” wrote David French at National Review. “There is nothing ‘extreme’ about his statements, and they mirror the statements of faith of countless Christian churches and schools across the land. Are these believers also not fit for public office?”

Well, yes, as a matter of progressive dogma.  And if we apply this retroactively, which the Left increasingly does to trash America’s founders, then Scripture-quoting George Washington, the father of our country, would certainly fail the Sanders religious test.  It wouldn’t matter that our first president wrote to the Jewish community of Newport, Rhode Island on August 18, 1790, to reassure them that they would be safe and free in America:

“Happily the Government of the United States gives to bigotry no sanction, to persecution no assistance ...  All possess alike liberty of conscience and immunities of citizenship.”  Then he quoted Micah 4:4, assuring them that, “every one shall sit in safety under his own vine and fig tree and there shall be none to make him afraid.”

I know, I know.  Washington owned slaves, so we must discount the grand experiment that he unleashed which led irrevocably to the abolition of slavery in America and the greatest expansion of human liberty in history.  But what’s he done for us lately?

In their zeal to cleanse America of its heritage and moral foundations, leftists like Sen. Sanders are getting ever bolder. Their arrogance knows no bounds, as Christian blogger Lee Duigon deftly describes:

“Those who wish to be as gods labor to force the rest of us to exalt them as all-wise, infallible, and the one and only source of righteousness. They explicitly deny that there is any truth but whatever they can impose on others. They erase history, creating mass amnesia. They invent new pronouns to erase the fact that there are but two sexes. They take good words, like ‘truth,’ ‘justice,’ and ‘love,’ and warp their meanings to fit in with their political agenda. And in the service of yet another idol, ‘diversity,’ they insist on uniformity of thought.”

So, who’s good enough for Sen. Sanders? Perhaps he can find a worthy candidate somewhere in his bathroom mirror.