Importing a New Electorate by the Millions 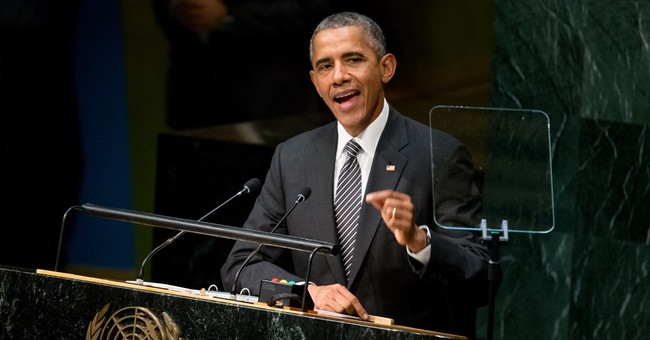 The White House has doubled down on its efforts to use massive immigration for political advantage.

On September 17, traditionally known as Constitution Day, the White House chose to highlight it as Citizenship Day, announcing a national campaign by the Department of Homeland Security (DHS) to naturalize legal immigrants and turn them into millions of new voters by 2016.

That’s right. Tax dollars allotted to the agency responsible for safeguarding our borders and ensuring national security are being spent to facilitate a permanent political sea change next year. At the same time, liberals are pushing to extend amnesty to millions of illegal immigrants.

Since 1980, the Hispanic vote differential for Democratic presidential candidates has never been less than 18 percent (Democrat John Kerry v. President George W. Bush in 2004) and has averaged 33 percent. With Hispanics making up more than 10 percent of the electorate and growing fast, this is no small advantage.

These demographic trends bode well for Democrats, but for a White House looking to establish permanent, one-party rule, it is never enough. Hence, Homeland Security’s campaign to naturalize 8.8 million green card holders as fast as possible.

J. Christian Adams, a former Justice Department Voting Section attorney and a Policy Board member of the American Civil Rights Union, wrote on April 23rd in PJMedia.com that, “DHS sources report that racial interest groups such as La Raza (translated to “The Race”) and the American Immigration Lawyers Association have been playing a central and influential role in rewriting the administration’s immigration policies — both the public policies as well as internal and largely unseen guidelines.”

The National Council of La Raza’s former Senior Vice President for the Office of Research, Advocacy and Legislation, Cecilia Muñoz, an assistant to the President and director of the Domestic Policy Council, co-chairs the Task Force on New Americans.

“Her particular area of expertise is immigration policy, which she covered at NCLR [La Raza] for twenty years,” says her White House web page. Her co-chair is Leon Rodriguez, who Mr. Adams said was “a central player in the radicalization of Eric Holder’s Civil Rights Division.”

With the country divided almost equally between the two major parties, a massive voter infusion of newly coined citizens could easily tip the balance, which is why Democrats relentlessly press for immigration amnesty while their media allies label any resistance to unlimited immigration as “hate,” “bigotry” and “xenophobia.”

DHS is funneling millions of tax dollars to groups that back amnesty and naturalization. The agency’s Citizenship and Integration Grant Program has awarded $53 million through 262 competitive grants since 2009 to organizations in 35 states and the District of Columbia, according to its website.

America is a land of immigrants. Even Native Americans probably emigrated from Asia. And America has benefited from millions of legal immigrants who play by the rules and seek better lives.

Obama is importing and bribing a new electorate with government largesse in order to fundamentally transform the United States.

Immigration per se is not the issue. The combination of lawless immigration with ruthless political calculation, is.