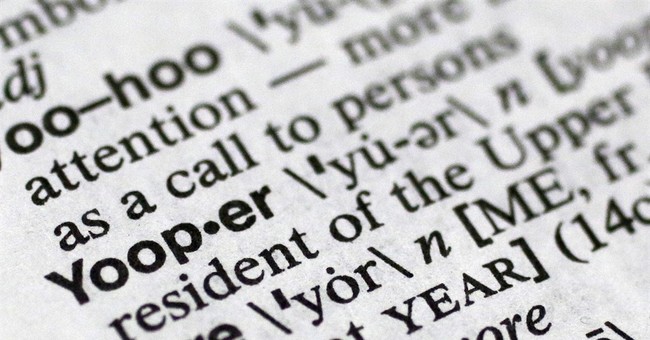 A terrible confusion has occurred in Washington. It is not the confusion you think. It is another confusion. I am not talking about the enormous differences between Republicans and Democrats, the gaping chasm between those who believe in more limited government, free speech, press, worship and gun rights, and those who advocate more government and greater limits. That one is secondary. This is a different sort of confusion, one that we can all understand.

It might have grown up from a mis-transcription of the Congressional Record, a few years ago. It could have been the result of President Obama reading his teleprompter too fast. It might even have been the result of some crazy pundit who thought the two words were interchangeable. But here is the rub. The White House – indeed, the entire Obama Administration and half the Congress – appear to have transposed the words “official” and “officious,” a simple yet remarkable error.

While we expect our government to be official, we recoil when it becomes officious. As most know, the word “official” means “relating to an authority or public body and its duties, actions, and responsibilities.” Think of the “Official” Great Seal of the United States, or an “Official” ruling on a first down. The word “officious,” on the other hand, is quite different. It means “assertive of authority in an annoyingly domineering way, especially with regard to petty or trivial matters.” I am not kidding, they are completely different words. The White House may not think so, but look at their last three letters!

So, now we know. This is all just a big mistake. Stop the White House presses, pull back the next White House proclamation. Hold the next vituperative attack on the Senate floor. We just have a big confusion here. It took some careful research, but I think we are better for discovering our error. This is like that alleged missing comma in the Declaration of Independence. Imagine the unnecessary heartache we have been through, thinking that all that brusque business about “phone and pen,” that oozing hubris and over-the-top arrogance from the White House – was just a transcription error.

Instead of each unilateral White House directive being “officially” signed into law, the mound of executive orders piling up in the West Wing, and those boxes overflowing to the Lincoln Bedroom, were “officiously” signed into law. But that was just a big syntactical goof. This discovery explains everything, don’t you think? Instead of our White House maintaining an “official website” for Obamacare, they accidentally set up an “officious website.” That explains why they had to waive most of it. Instead of “official” IRS agents and oversight, we got “officious” IRS activity. It is so simple. Instead of “official assessments” on the debacles at Benghazi, Operation Fast and Furious, the Solyndra scandal, we ended up – quite by accident – with “officious reports.” What a mess, but what a relief, just word confusion after all!

No wonder this president last month described all of the administration’s missteps as “phony scandals,” his spokesperson insisting that “this is the most transparent White House in history.” He is simply embarrassed. There has been a profound clerical mix-up, a grievous grammatical error. That is all it is, but that is the reason so many internal reports, emails, and other items have been withheld –adolescent embarrassment. We need to get the person who made these transcription errors. Maybe it was Louis Lerner – or is that Lois? Maybe it was someone at the Veteran’s Administration. A lot of errors seem to come from there. Maybe it was a video made by some conservative English teacher or film producer. Anyway, everything official has rather awkwardly become officious.

But then, maybe this “word confusion” thing goes wider. Maybe, beyond “official” becoming “officious,” there are other systemic semantic lapses. Maybe, instead of the “most transparent White House in history,” they meant “most transgressive,” “most transfixed” or maybe just “most transcendent.” Who knows? Maybe, rather than promoting the “audacity of hope,” the President meant “audacity of dope,” “importations” not “deportations,” and Department for “vegans” not for “veterans.” Who knows where all this confusion ends? At least we can take a deep breath. It is just a big misunderstanding. All sorts of words seem to be losing their meaning.

Yes, in official Washington, words seem upside down these days. Orwell would be proud – he predicted it all. What words may mean on a given day depends on who says them, when and where. Tomorrow the meaning can change. Promises from the highest official in the land melt away, even the official ones. The triumph of insensible language is dawning. And everywhere, things that have always been trusted, All-American, cherry topped and official, seem busted, despair again, photo-shopped and – yes – officious. Maybe it is time to demand that words keep their meanings, from the US Constitution on down. What do you think, should we make that official – before it is too late?