Rich Tucker  |  Dec 14, 2013
The opinions expressed by columnists are their own and do not necessarily represent the views of Townhall.com.
Top Columns
Trending on Townhall Media 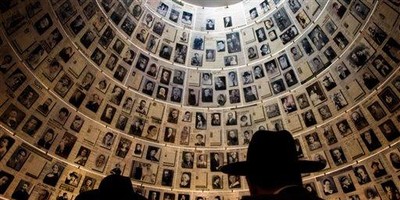 It’s that time of year again. Time for another supposed “war on Christmas.” Critics on the right complain that liberals are trying to stamp out religion, while many on the left will go looking to be offended by every little thing.

Meanwhile, religion and government are coming together in a potentially threatening way.

The danger isn’t menorahs or mangers on the courthouse lawn, but by an alliance between progressive leaders and religious leaders. Both insist they’re worried about “income inequality.” But their shared “cure” would be worse than the supposed disease.

“Some people continue to defend trickle-down theories which assume that economic growth, encouraged by a free market, will inevitably succeed in bringing about greater justice and inclusiveness in the world,” the Pope announced recently. “This opinion, which has never been confirmed by the facts, expresses a crude and naive trust in the goodness of those wielding economic power and in the sacra­lized workings of the prevailing economic system.”

This statement sounds an awful lot like one of President Barack Obama’s stump speeches. It contains vague attacks: which “people” defended “trickle-down theories” and when did they make those statements?

And Obama himself quickly picked up the thread. “The combined trends of increased inequality and decreasing mobility pose a fundamental threat to the American Dream, our way of life, and what we stand for around the globe,” he announced in a speech at a Progressive think tank.

His proposed solutions have all been tried repeatedly: A higher minimum wage. Longer unemployment insurance. More government spending. And they’ve all failed every time they’ve been tried.

The sad part is that Obama’s speech contained the seeds of a more effective approach.

“A new study shows that disparities in education, mental health, obesity, absent fathers, isolation from church, isolation from community groups—these gaps are now as much about growing up rich or poor as they are about anything else,” the president declared. But that gets things backward. Those social ills are the cause of much income disparity.

Instead, the number of unwed births has skyrocketed in the last 50 years, from less than 10 percent in 1960 to some 40 percent today. Yet “the U.S. does little or nothing to discourage unwed births and nothing to encourage and strengthen healthy marriages,” poverty fighter Robert Rector writes. “In fact, most welfare programs actively penalize low-income couples who do marry. Ironically, research shows that most unwed parents look favorably on the institution of marriage.” No doubt church and state can both agree on the benefits of getting hitched.

And we could do more of what’s been working around the globe.

A liberal economist pulled together a handy chart showing the growth of GDP since the beginning of the human era (when, admittedly, hard data was sketchy). It shows that the fate of humans barely improved from generation to generation for thousands of years. Most people had nothing, and little chance of improving on that.

Suddenly, though, at the time of the American Revolution, economic growth picks up. Over the next two centuries, real GDP soars from almost zero to more than $8,000 per person today. Maybe it’s just coincidence that the industrial revolution lined up with America’s political revolution.

But note that our Declaration of Independence did more than state grievances against George III -- it guaranteed the right to the “pursuit of happiness.” Part of that meant protecting private property, which in turn encourages people to grow and expand business and industry.

The American Founding also gave birth to a new sort of economy, one based on free trade among the American states. The idea worked so well and made its people so wealthy that it spread worldwide. As Arthur Brooks, president of the American Enterprise Institute, reports, 80 percent of the planet’s worst poverty has been stamped out in just the last 40 years. That’s thanks to “globalization, free trade, the boom in international entrepreneurship,” he explains. “In short it was the free enterprise system, American style, which is our gift to the world.”

Indeed. It’s a gift our religious and secular leaders should celebrate.