Sweetening the Deal for Candymakers 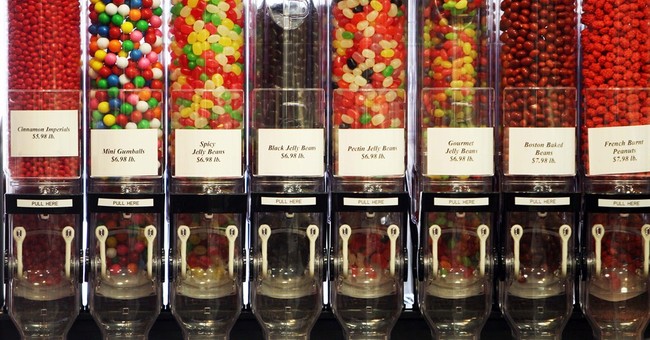 It takes a lot to convince a company to move jobs out of the town that bears its name. But that’s the step Hershey took a few years ago, driven in part by cronyism.

The company is based in central Pennsylvania because there are plenty of dairy farms around. But sugar is an even more important ingredient in chocolate than milk, and the price sugar users in the United States pay is far higher than the world market price.

According to the U.S. Department of Agriculture, in 2012, the price of raw sugar was 40 percent higher in the United States than in the rest of the world. And, while an international sugar glut is expected to send prices tumbling everywhere else later this year, U.S. prices will remain about the same. That’s because of a U.S. government program that guarantees sugar processors a minimum price.

That program costs American taxpayers about $1.4 billion each year. And the U.S. Commerce Department’s International Trade Administration says that U.S. consumers pay an extra $826,000 for each sugar-production job saved.

Of course, the sugar subsidies would have to be a sweet deal for somebody; that’s why they’re maintained. They directly benefit fewer than 5,000 beet and sugar cane farmers. Most of them, like most big farmers, are fairly well off to begin with.

Meanwhile, according to a 2006 U.S. Department of Commerce report the U.S. has lost more than 10,000 candy-making jobs since 1997. The report adds that three candy-making jobs are lost for each sugar-growing and processing job saved by higher domestic sugar prices. Maybe sugar could be great for kick-starting the economy, if we’d simply allow candy makers to buy it at international market prices.

But it’s difficult, because the sugar growers are well-organized while consumers, the real losers here, are diffused across the country.

“As long as the government has the ability to hand out favors to some industries and punish others, resources will be diverted away from productive private-sector activities to fund lobbying campaigns in Washington, D.C.,” as Heritage’s Bryan Riley puts it.

Sugar’s not a big deal in the grand scheme of things. The country needs to throw off the yoke of ObamaCare, needs better tax policy, needs to reduce spending and reform entitlements. But a long journey involves both big steps and small ones.

Ending the sugar subsidy program would allow lawmakers to see that they can roll back a subsidy without the sky falling in on them. They could then take the next logical step and reform all farm subsidies. That would begin piling up savings, opening up markets and saving food shoppers money.

As another Halloween comes and goes, the one thing that just won’t die is the sugar subsidy. “This Depression-era program, which was supposed to end in 1940, has outlived its intended lifespan by 72 years,” Heritage’s Riley concludes. “It should be abolished.” That would be a sweet deal for all of us.