A Warning on Warming 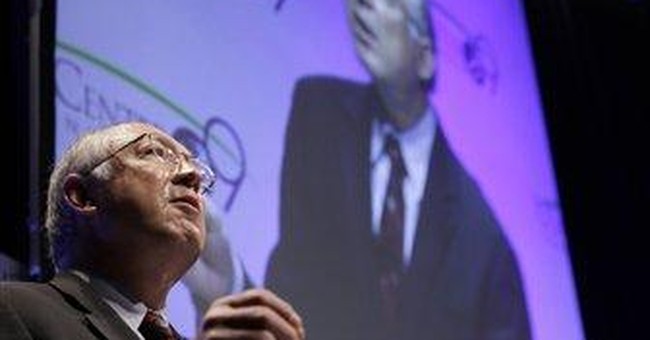 If there’s one thing a non-scientist needs to understand, it’s this: science is never truly “settled.” Any theory, no matter how widely accepted or how effectively it appears to be explain the natural world, must be open to amendment if verifiable new information is unearthed.

Recall that, for thousands of years humans thought the Earth was the center of the universe. That was the view Aristotle promoted hundreds of years before Christ, and it held sway until Copernicus finally disproved it in the 16th century.

More recently, consider the “germ theory,” which holds that invisible bacteria and viruses are responsible for many human illnesses. We take this for granted today and wash our hands frequently, but doctors haven’t always been open to the idea.

In the 1840s a doctor in Austria named Ignaz Semmelweis showed that doctors were responsible for spreading puerperal fever, a disease that killed as many as one in four women shortly after childbirth. But his findings -- that doctors could save lives by washing their hands -- were ignored. For decades, many doctors continued to blame the fever on causes such as “bad air,” and women continued to die needlessly.

Yes, some may say, but today’s scientists are dedicated to rigorous examination and reexamination of every possibility. Right? Apparently not, when it comes to climate studies.

For years now, we’ve been told that global warming is settled science. Humans are purportedly destroying our planet, and we need to take action to prevent that, no matter how much it costs. The Intergovernmental Panel on Climate Change, a vast U.N. bureaucracy, shared the 2007 Nobel Prize for Peace with Al Gore for alerting the rest of this to this crucial threat.

But we’ve been hearing some unsettling news lately.

Somebody hacked into the Climatic Research Unit at Britain’s University of East Anglia and released thousands of e-mails from CRU scientists. That school is, supposedly, the Harvard of global climate change data. Its scientists have been compiling information from tree rings and ice cap drillings for years. These days, though, they mostly sound worried.

“Where the heck is global warming?” one scientist wonders in a leaked e-mail. “The fact is that we can’t account for the lack of warming at the moment and it is a travesty that we can’t.”

That’s right. The planet hasn’t warmed in a decade. And none of the climate models that predict disaster in the future predicted the lack of warming in the present.

It’s worth wondering: If these models can’t take past data and correctly forecast the present, why would we expect them to be able to take questionable data and accurately predict the future? But that’s not what worries the CRU.

“The scientific community would come down on me in no uncertain terms if I said the world had cooled from 1998,” Phil Jones wrote in a leaked e-mail from 2005. “Okay it has but it is only seven years of data and it isn’t statistically significant.”

Oh? How much would be “statistically significant”? It would be nice to go back a few decades and review temperature findings. Oh, but wait -- we can’t. “We do not hold the original raw data but only the value-added data,” the CRU Web site announces.

“Value-added,” eh? Corrected to smooth out the rough spots, and so forth. So the science is only “settled” if you choose to accept the word of CRU scientists who cannot duplicate their own results.

“ARGH. Just went back to check on synthetic production. Apparently -- I have no memory of this at all -- we’re not doing observed rain days!” wrote the CRU’s Ian “Harry” Harris in an e-mail. “It’s all synthetic from 1990 onwards. So I’m going to need conditionals in the update program to handle that. And separate gridding before 1989. And what TF happens to station counts?”

Harris later writes about “the hopeless state of our databases,” and admits “there is no uniform data integrity.”

No matter. The science is “settled.” Right?

For the next week, international bigwigs including President Obama will be in Copenhagen, chattering about global warming. But the rest of us now have evidence of something we’ve long suspected: such talk is just a lot of hot air. The science isn’t settled. Neither is the debate over “global warming.”