Saying One Thing, Doing Another 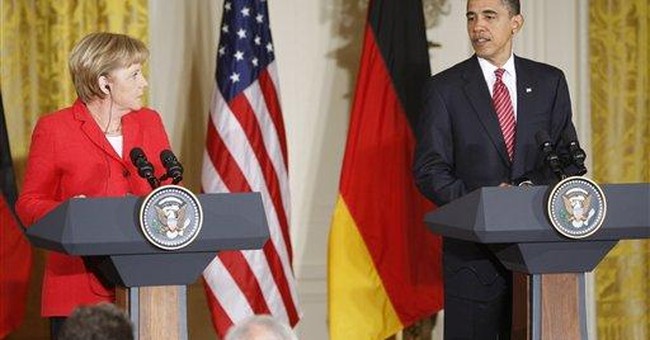 In a political landscape littered by multi-billion dollar bailouts, massive protests in Iran and an attempted federal takeover of the health care system, one story recently passed with barely a ripple.

“Six Flags Declares Bankruptcy,” was tucked away on page A6 of The Washington Post on June 14. And rightly so, since the story about a failing theme park chain wasn’t nearly as crucial as the paper’s front pager on the Obama administration’s spending plan. That story included a handy graphic showing that the president intends to borrow $9 trillion in the next decade, almost three times the cost of World War II.

So why is Six Flags under water? “We inherited an unsustainable $2.4 billion debt load from the previous management team,” chief executive Mark Shapiro announced. The company plans to cuts costs and eliminate debt.

There’s a lesson there, should anyone in the administration care to learn it. In the real world, if your predecessor runs up too much debt, you have to reduce that debt to survive.

Instead, President Obama insists that, while “the reckless fiscal policies of the past have left us in a very deep hole,” he still plans to borrow trillions more. Odd.

The disconnect between the president’s words and his actions is even starker when it comes to health care.

However, then he announced a proposal that would, inevitably, take away millions of people’s private plans. He declared support for a “public option” that would purportedly “inject competition into the health care market so that we can force waste out of the system and keep the insurance companies honest.”

Of course, he’s talking about a government-run health insurance plan. And it’s worth noting that the government doesn’t compete; it compels. Once Washington is offering health insurance, it’ll start setting prices for services that are lower than those services are worth. This is how it squeezes costs down in Medicare, where private insurance companies pay more to make up the difference.

Over time, private insurance companies will lose money and be forced out of business, and that means millions of Americans will, indeed, lose their current coverage. Meanwhile, small business owners will stop offering health benefits. After all, why should they pay for something that the government is willing to pay for?

The respected Lewin Group estimates that in a Medicare-style federal plan, up to 119 million of the 170 million Americans who have private coverage today could lose it. So Obama’s being misleading when he says, “When you hear the naysayers claim that I’m trying to bring about government-run health care, know this: They’re not telling the truth.” Because the truth is, a “public option” means there will eventually be virtually no “private options” in health care.

Americans are becoming familiar with such verbal sleight of hand. In April the president ordered his cabinet to identify $100 million in savings -- a drop in the bucket of his debt-laden $3.69 trillion proposed budget.

In June Obama announces, “What I have no interest in doing is running GM,” after he fired the company’s CEO, named his replacement and steered the company through a special bankruptcy that benefits the United Auto Workers union.

Obama says he wants “To get GM back on its feet, take a hands-off approach and get out quickly,” then pours tens of billions of taxpayer dollars into the company with no apparent exit strategy. So what are Americans to believe: The president’s words, or his actions?

In the early days of this administration, the focus was on speed. It raced to pass a “stimulus” bill we didn’t need, for example. As Congress considers health care reform it needs to slow down and take a good look at what the president says, and consider what his policies would really mean for all of us -- before we make a mistake that cannot be undone.