The Election that We Need 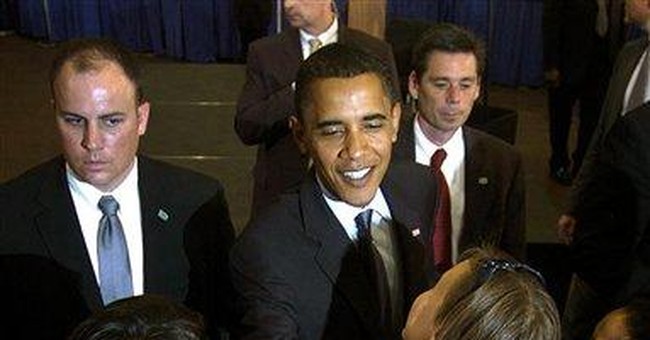 Clichés are generally tiresome, but they only become clichés by first being true. Perhaps the best cliché to explain this year’s presidential election would be, “The more things change, the more they remain the same.”

“Change” has been the buzzword throughout the election process, which seems to have begun around Nov. 3, 2004. The sad fact is that this would be the perfect election to bring about change. For the first time in generations, there’s no incumbent on the ballot on either side. And neither of the major party candidates owes his support to his party’s machine, since they were both dark horses at this time last year.

But while there’s been plenty of chatter about change, the election is, depressingly, shaping up like every presidential contest in recent memory.

Consider, first, the lack of head-to-head discussion. People would love to see the two candidates, Sens. Barrack Obama and John McCain, stand on a stage and discuss their ideas and platforms. It would be enlightening, and allow voters to get a better picture of each contender.

McCain has formally proposed holding just such discussions, which used to be called debates. “We need to now sit down and work out a way that we can have these town hall meetings and have a great debate,” he told reporters last month. It’s an idea Obama had seemed eager to embrace while he was seeking the Democratic nomination.

However, things have changed a bit. “Obviously, we would have to think through the logistics on that,” Obama responded, but, “if I have the opportunity to debate substantive issues before the voters with John McCain, that’s something that I am going to welcome.” Sigh.

This shouldn’t be that difficult. “I don’t think we need any big media-run production, no process question from reporters, no spin rooms,” McCain says. “Just two Americans running for office in the greatest nation on earth, responding to the questions of the people whose trust we must earn.” A nice idea, but sadly it won’t happen.

Here’s how it will work out in reality: The campaigns will agree to sit down at some point. Advisors will go back and forth. Eventually, some time after the conventions are over, the sides will agree to three televised “debates,” one “moderated” by Charlie Gibson, another by Tom Brokaw and a third by Jim Lehrer. These “debates” will feature the usual mundane questions, the usual timed two-minute answers, the usual pre-programmed responses. And no voter will learn anything about either candidate. Sigh.

Another way this year is shaping up as just another election year is the long-distance sniping between the campaigns.

Gen. Wesley Clark, now a Barack Obama supporter, says McCain is “untested and untried.” The McCain camp fires back (and rightly so, since it’s actually Obama who sports the feather-light resume). Obama “distances” himself from Clark by holding a rally in front of several American flags. “I will never question the patriotism of others in this campaign,” he declares, “And I will not stand idly by when I hear others question mine.” Sigh.

McCain, for his part, hasn’t ever questioned Obama’s patriotism. Even certain conservative columnists have defended it. As I wrote last October, “Sen. Obama is as patriotic as I am.” Difficult to be clearer than that. Still, Obama would apparently rather tilt at straw men than have an actual debate about issues.

And what issues ought to be under discussion? Entitlements, for starters.

Today, Social Security and Medicare represent a third of the federal budget. They’re on autopilot, set to grow and grow as more people retire in the decades ahead. Our federal government already owes $41 trillion to those who will retire over the next 75 years. It’s as if every person in the country already has a mortgage of $135,000, but won’t be allowed to live in the house that money’s being spent on. This staggering debt hasn’t been discussed, let alone voted on, by any president or congress.

Fair enough, but what, then, should we do to make the program solvent? A presidential campaign would be the perfect place to discuss that. Sadly, though, the issue’s unlikely to come up this year, especially since there really isn’t a liberal idea to preserve Social Security. Sigh. Another opportunity wasted.

It’s obviously important to get elected. But voters deserve to know exactly what the candidates intend to do once they’re in office. If this election was truly about “change,” that’s what we’d be learning this summer. Instead, it’s business as usual on the campaign trail. The more things change …