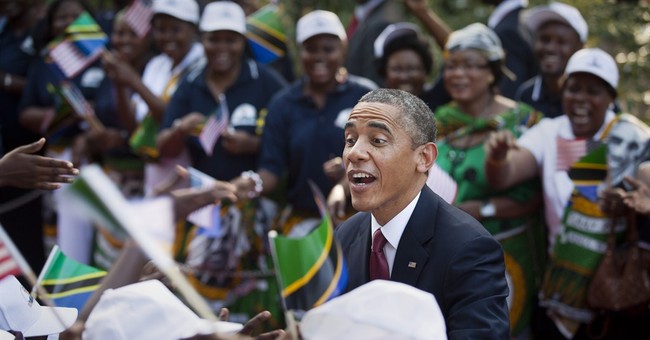 An American teacher guilty of nothing more than helping Egyptian school children learn English was stabbed to death while watching a demonstration against Egyptian President Mohammed Morsi.

According to CNN International:

Andrew Pochter of Chevy Chase, Maryland, was stabbed Friday in the port city of Alexandria. He was in the country teaching English to elementary school children. "As we understand it, he was witnessing the protest as a bystander and was stabbed by a protester," his family said in a statement. "He went to Egypt because he cared profoundly about the Middle East, and he planned to live and work there in the pursuit of peace and understanding."

Two years ago as Arab Spring was roiling across North Africa, a Cornell University website reminds us:

Inspired by the events in Tunisia, Egyptians gathered to protest on January 25, the national holiday Police Day, calling for an end to corruption, injustice, poor economic conditions, and the 30-year-old regime of President Hosni Mubarak. Street demonstrations quickly grew into a national revolutionary movement that in 18 days removed Mubarak and his National Democratic Party (NDP) from power.

The demonstrators -- largely focused in Cairo's Tahrir Square -- announced they would not leave until Mubarak was gone.

Huge protests across Egypt calling for the resignation of President Mohammed Morsi are continuing overnight. In Cairo, tens of thousands of people are massed in Tahrir Square and outside the presidential palace. They have vowed to stay on until Mr Morsi steps down.

Hundreds of thousands of opponents of Egypt's Islamist president poured out onto the streets in Cairo and across much of the nation Sunday, launching an all-out push to force Muhammad Mursi from office on the one-year anniversary of his inauguration.

Egypt is in the northeast corner of Africa. President Barack Obama is also in Africa, but he's as far away -- Pretoria, South Africa -- as you can be on the same continent.

The President said, boldly, he was "looking at the situation with concern." He said, according to the Reuters news agency that

"Every party has to denounce violence. We'd like to see the opposition and President Mursi engage in a more constructive conversation."

Reuters writes that "Mursi's critics have dismissed U.S. calls for restraint as a sign of Washington backing Mursi, just as it backed Hosni Mubarak before he was deposed by people power in early 2011."

Given Vice President Joe Biden's support for Mubarak in 2011, their fears are well placed. On the PBS program "NewsHour," Biden did not "consider him to be a dictator," but, said the "time has come for President Mubarak to begin to move in the direction of being more responsive to some of the needs of the people out there."

The U.S. State Department is concerned enough to "pull non-essential staff out of Egypt," and, given the continuing questions over the Obama Administration's reaction to, and explanation of, the events last year in Benghazi, Libya, its concern for the safety of the U.S. Embassy and other official offices in Egypt is legitimate.

Egypt will be yet another test of President Obama's ability -- or desire -- to exert any influence on the direction of difficult situations overseas.

The President did get some good news over the weekend, although he had nothing to do with it.

NSA leaker Edward Snowden, apparently still a resident of the transit lounge at Moscow's Sheremetyevo Airport, cannot travel to Ecuador without a passport which was revoked by the U.S. State Department.

According to the Associated Press, President Rafael Correa said of Snowden:

"He doesn't have a passport. I don't know the Russian laws, I don't know if he can leave the airport, but I understand that he can't. At this moment he's under the care of the Russian authorities."

It was thought that Correa might issue Snowden the equivalent of Casablancian "Letters of Transit" to travel to Ecuador from Moscow where he would be granted asylum.

That will not happen -- not because of anything President Obama said or did, but because Correa is angry with Wikileaks founder Julian Assange for attempting to usurp Correa's power by preparing travel documents for Snowden from his gilded prison at the Ecuadorean embassy in London.

This could be the end of a beautiful friendship.