Rumblings on the Left 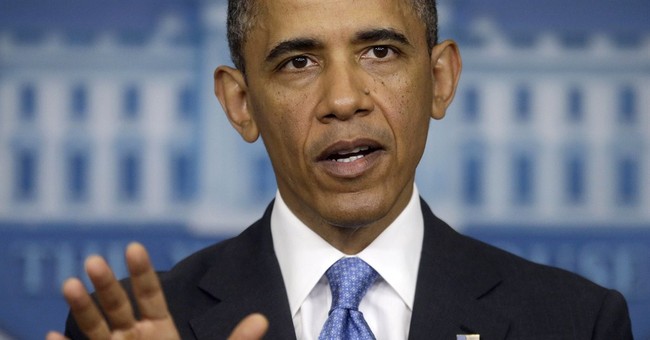 The hard left and the hard right -- who sometimes make for strange political bedfellows -- are among the groups most upset by the recent disclosures of NSA, DoJ, and CIA snooping on Americans.

Obama promised to reverse, or at least cut down, on the activities of the NSA and CIA against Americans, but that has not happened either.

Obama promised to reset our relations with foreign governments -- on the theory that George W. Bush bullied allies into helping him on his foreign adventures and that they would welcome a change.

These (among other promises) drove idealistic young people and cynical former 60s activists to work for Barack Obama's two victories.

Obama is being given some measure of political cover by Sen. Dianne Feinstein (D-CA) who is the chair of the Senate Intelligence Committee.

Just this week, she told reporters that the National Security Agency "does not need a court order to search the database it maintains of the call data surrendered by the nation's telecommunications firms."

Does that sound to you at all like the catchphrase "warrantless wiretaps" that liberals were so upset about during the post-9/11 Bush era?

It is foreign policy that may be Obama's Achilles Heel among his base.

We are no longer in Iraq and are withdrawing from Afghanistan -- both are good things, but we don't now how they will turn out.

The whole Arab Spring celebration has ended up smelling of stale beer and broken promises, a bit like the morning after a big spring fraternity and sorority formal.

There's a lot we don't know about Libya. The White House and the State Department are blocking every avenue of investigation into Benghazi.

We do know about Egypt. The only difference between current president Mohamed Morsi and former president Hosni Mubarak appears to be that Mubarak used his thuggery to maintain control over a stable society.

Morsi is trying to be a political thug like Mubarak, but he isn't as good at it.

Then over to Syria.

We have all read about how the President's national security staff got their collective knickers in a twist when he went off-script and said that if Syrian president Bashar al-Assad used chemical weapons against the rebels, it would be "a red line."

Knowing that the President painted himself into a corner, the White House found it necessary to issue a statement quoting:

"Following a deliberative review, our intelligence community assesses that the Assad regime has used chemical weapons, including the nerve agent sarin, on a small scale against the opposition multiple times in the last year."

Remember, this is the same intelligence community (maybe not the same people but the same sources and methods) that convinced George W. Bush that Saddam Hussein had a stash of WMDs.

So if the intelligence community is convinced Assad is using chemical weapons and Obama believes the charges, the "red line" has been crossed.

President Obama has just announced the appointment of Susan Rice to be his National Security Advisor. Ambassador Rice was the President's choice to be Secretary of State but her statements relating to Benghazi left little chance of her confirmation.

The National Security Advisor is a member of the President's executive staff and there is no Senate confirmation involved.

As her first major problem, Dr. Rice will likely have to find the paint thinner and find a way to blur that pesky "red line."

The United Nations issued a report this week that the death toll in Syria has reached 93,000, so this is far beyond an extension of the Arab Spring. It is a full-blown civil war.

There are no good options for Barack Obama in Syria. If he continues to do nothing, the carnage that has only been growing over the past two years will almost certainly expand.

But if he moves aggressively to help depose Assad, his entire anti-Bush, anti-Iraq position will be called into question and his already softening supporters on the left may, in fact, leave.