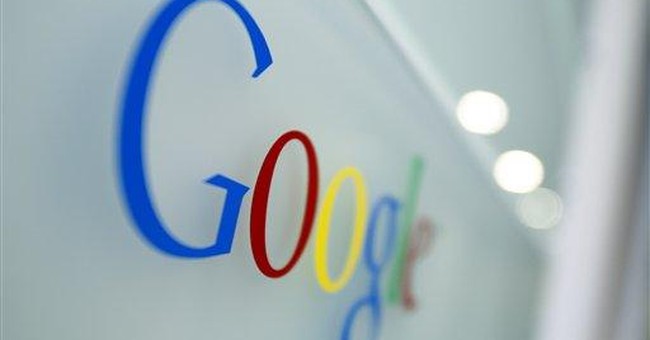 A couple of weeks ago that ubiquitous kudzu of the Internet, Google, proclaimed it was leaving China because of the Chinese government's interference with, and censorship of, Chinese users of Google's search products.

In a text-book perfect public relations campaign, Google (whose corporate mantra is "do no evil") got everyone from civil libertarians to stock market analysts to do everything but sink to their knees in exultation over Google's high-minded move to close down its Chinese operations.

On the day of reckoning Google announced, without a great deal of fanfare, that it indeed had shut down its servers on the Chinese mainland, but had fired up a new set of server farms in Hong Kong and had left in place its sales force.

Not exactly marching off with flags a'flyin', to my way of thinking.

Google has very close ties to the Obama Administration. Exactly a month ago the Washington Post ran an article about Google teaming up with the National Security Agency (yes, that National Security Agency) with this lead paragraph: The world's largest Internet search company and the world's most powerful electronic surveillance organization are teaming up in the name of cybersecurity.

Remember when the Obama crowd was in a projectile sweat over the Bush Administration's secret, warrantless, unrestrained, and unregulated electronic surveillance which allowed Dick Cheney to sit in his office all day peeking at whatever you were peeking at?

According to the Post, no one at Google or at the NSA (an agency which the U.S. Government didn't even admit existed until the mid-70s) wanted to comment on the relationship, but regular Google users know that Google keeps track of all of their searches for some period of time and the notion that they're not sharing that info with anyone else is laughable.

My search history goes back to February 17, 2009. On that date I searched for a company called "Sequa" for reasons I can no longer remember, but I'm not certain that either Google or the NSA needs to know that I was interested in them.

So, Google blinked in its confrontation with China, and then over the weekend came the news that the Secretary of the Treasury, Timothy Geithner, according to Bloomberg.com,

"delayed a scheduled April 15 report to Congress on exchange-rate policies, sidestepping a decision on whether to accuse China of manipulating the value of the yuan."

Geithner said that the Obama Administration will put off publishing its report of China's misdeeds until after the G-20 meeting in Canada in June and "Chinese President Hu Jintao's decision to attend a nuclear security summit hosted in Washington by President Barack Obama on April 12-13" two days before Geithner would have called Hu's government international currency cheaters.

The reason that keeping the value of its currency artificially low is important is because it reduces to cost of exports to places like, oh, the U. S. of A., meaning more and more manufacturing jobs will go to China because of it.

Sen. Charles Schumer (D., N.Y.) is co-sponsoring a bill with a bipartisan group of four other senators that would require the U.S. to impose tariffs and other penalties on countries that failed to address misaligned currencies. "The administration may choose to delay its decision on whether to cite China, but we won't delay our push for legislation," he said in a statement.

No matter how you slice it, the Obama Administration, just like its partner Google, blinked when it came to facing down China.