A Long Year Ahead 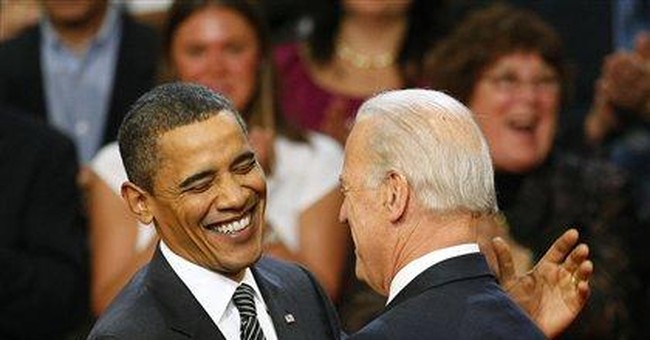 An article in the Washington Post over the weekend quoted a speechwriter for Ronald Reagan as saying:

There is always . . . [an] attempt by everybody to get into the State of the Union; every little crappy agency wants their stuff, their agenda, included.

Add to that the frenzy of phone calls, visits, promises, and threats between lobbyists, their clients, and anyone they believe has influence on the contents of the speech and you can see that if the amount of time, energy, and money in Washington, DC which is devoted to trying to get just one sentence into a State of the Union address were aimed in the same direction, Haiti would have been rebuilt as Macau by now.

I told someone last week that there are only two people who know what is going to be in the SOTU: The President, and whoever types the text into the Teleprompter.

Article II, Section 3 of the U.S. Constitution requires that the President - any President:

"shall from time to time give to the Congress Information on the State of the Union, and recommend to their Consideration such Measures as he shall judge necessary and expedient"

The section of any SOTU which includes the "measures" he judges "necessary and expedient" is known as the "laundry list;" the litany of legislation which the President wants the Congress to take up.

As I suggested in Wednesday morning's MULLINGS, the post-speech reactions could have been written last Monday. Democratic pundits thought it was the very best State of the Union speech ever delivered. Republicans thought it was too long in time, too short on national security, and too much like a campaign speech.

As the kids say: What-EVER.

Other than what I considered to be astonishing bad manners in chiding the members of the Supreme Court on their campaign finance decision last week while they were sitting ten feet from him in front of an international audience, it was like almost every other SOTU I've ever watched: Instantly forgettable.

The Congress has not - and, it appears now, will not - pass anything near the massive overhaul of the nation's health care system which Obama envisioned and which has taken up nearly all the time of the U.S. Senate since Labor Day.

The list of legislative failures is pretty long: No climate bill, no energy bill, no card-check, no health care to name but four major initiatives.

With the Democratic Senate seat in Massachusetts about to be held by a Republican, it is difficult to see how those will get a second life in 2010.

It was one thing for the Obama spinners to say that the results in Virginia and New Jersey last November were the result of in-state issues which had nothing to do with the White House. But the election in Massachusetts was for a federal office and the thud of the Democratic message is still echoing up and down every hallway of each Senate and House office building on Capitol Hill.

The general reaction to the whole thing has been Obama is attempting to re-set, re-boot, or re-establish his Presidency. As you've read here before, an Administration which is aggressively on-message is the most potent political force in America, so he may do it.

But, I don't think so. At least, not before the mid-term elections on November 2.

Liz Sidoti, senior political writer for the AP, filed a piece about the lack of coattails that Obama is exhibiting:

The list of White House failures is growing: It hasn't galvanized the legions of 2008 Obama backers in three major statewide losses. It hasn't prevented primary challenges for at least two vulnerable Senate Democrats even though Obama endorsed them. And it hasn't recruited strong candidates for Senate seats once held by Vice President Joe Biden and the president himself.

If the President can't get the Congress to adopt "such measures as he shall judge necessary and expedient" and he can't help Democrats get elected, then it will be a very, very long year until the next State of the Union.