Don't Blame Me, I Voted for McCain 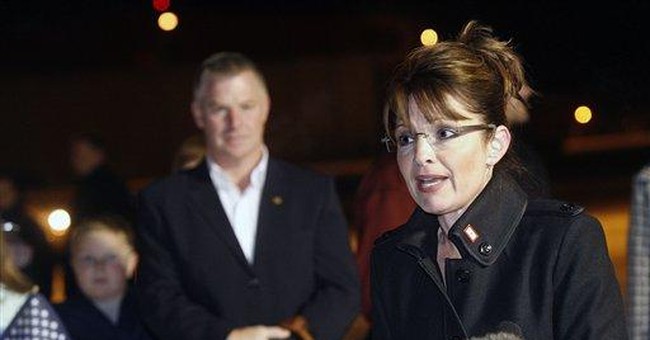 I generally watch CNBC every morning while I'm getting ready because I don't know much about their subject matter so it is more interesting to me than watching Fox & Friends or CNN' American Morning. I already know a lot about what they cover.

As we got closer and closer to election day and it became more and more obvious Sen. Obama was going to win, the question that the CNBC studio people asked each other and every guest was: "Is an Obama Presidency already 'baked into' the market?"

Well, guess what. The Dow lost 486 points on Wednesday (the day after) and an additional 450 points yesterday for an average loss of 468 points per day.

There are 74 days left until President-elect Obama is sworn in as the 44th President. The Dow closed yesterday at about 8,695. At an average daily loss of 468 points, by the time Obama is inaugurated the Dow will stand at MINUS 25,937.

Obviously this is not solely a reaction to the election of Barack Obama, but neither is it a Grant Park/MSNBC/Katie Couric coming of the Brave New World.

I am extremely tired of McCain staffers dumping their personal buckets over the head of Sarah Palin.

Governor Palin didn't show up at the McCain HQ in Chrystal City, Virginia and demand she be put on the ticket. Someone called her.

And, as someone who was on the convention floor during her speech in St. Paul, I can tell you she lifted the roof off the building.

McCain was going to lose this race whether Sarah Palin was the VP nominee or … St. Paul was the nominee. The fact that the McCain staff is doing its best to try and destroy her only diminishes them.

Here's a good idea: Shut. Up. Take a vacation. Go away. You lost.

Representatives of what we still laughingly call the "big three automakers" met with senior Congressional Democrats in a closed door meeting to decide how much of our money they are going to throw down that rat hole.

According to the NY Times:

Of the three Detroit companies, G.M. appears to be in the most perilous condition. G.M. had been burning through an estimated $1 billion a month this year, and analysts say that figure probably increased significantly in the third quarter.

As a result, the company could run out of the necessary cash to pay its bills and finance operations by next year.

Let me understand this. General Motors is going to go bankrupt next year because it insists on building cars no one wants to buy and, to forestall that, it wants to buy Chrysler which builds cars homeless people don't even want to sleep in.

General Motors, Ford, and Chrysler sold - collectively - seven cars in October and none of them have any reason to remain in business.

Except in the current People's Republic of the United States where, If you have made really bad choices, and

Have lost lots and lots of money, and

Have no business plan which exhibits any new thinking whatsoever, then

You can come to Washington, plead your case, and have Congress give you tens or hundreds of BILLIONS of dollars so you can keep doing what you had been doing which, according to modern economic models, will fix everything.

This is why I watch CNBC.