No Shortcut to Success 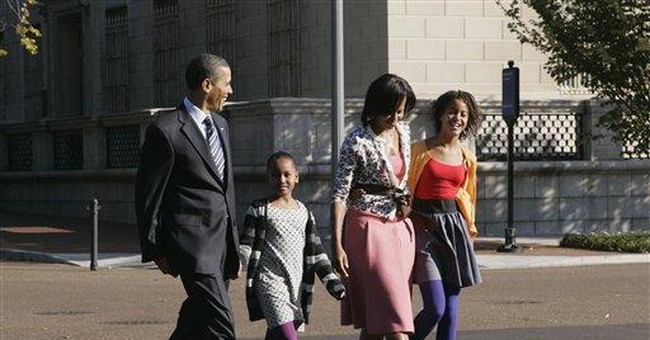 There is no shortcut to success. The certain route for everyone seeking success is focus and work. Most would clarify “hard work”. That’s the case in every endeavor for every person including presidents. Whenever any worthwhile goal or objective is accomplished in any field, results should be evident to all. Applause, recognition and deserved awards often follow.

But, last Friday, casting reason and appropriateness aside, the Nobel Prize Committee announced Barack H. Obama as the winner of the Noble Peach Prize. That action blatantly disclosed a skewed political agenda, which has transformed their selection process into a farce. As a result, recipients in general may be discredited; and, their action may actually undermine President Obama.

Clearly, the Nobel Committee’s action is a disservice to all people everywhere.

If Mr. Obama actually goes to Oslo to accept the prize, and the monetary award that goes with it, the President would be a willing accomplice in this international farce. Acceptance would also be another indication that personal ego and hubris has overwhelmed presidential reason yet again.

Whether one agrees or not with the hard-left turn Barack Obama has taken, clearly it is premature, for even left progressives, to declare victory and distribute trophies. Mr. Obama admitted as much with his comments about accepting (it) as a “call to action” rather than a warranted recognition of actual accomplishments. This means he knows the rules were changed for him. People on both ends – and in the middle - of the political spectrum know the truth.

Setting aside reactive political comments such as, respectively, from the left, “he deserves it”; and, right, “it’s a joke” – along with a judgment of which is accurate - here’s some evidentiary perspective excerpted from a parody presented over the weekend on the very liberal NBC-TV program Saturday Night Live (SNL). The thrust of the SNL skit is that it is “the Left that should be even more upset” by his (Obama) lack of accomplishments.

The skit opens with:

“When you look at my record, it is very clear what I’ve done so far; and, that is… nothing… Nada”! One year; and nothing to show for it!”

“On my first day in office, I said I would close Guantanamo Bay.

Is it closed yet? No!

Are we? Not the last time I checked!”

Then, “I said I’d make improvements in the war in Afghanistan.

Is it better? No, it’s actually worse!

The SNL skit goes on to checklist his other promises: Health Care Reform, the 2016 Olympics, Global Warming, Immigration Reform, Gays in the Military, Torture Prosecutions, and Limits on Executive Powers.

To each, the Obama impersonator recites a definitive: “No”!

Then, he concludes: “so, looking at this list, I’m seeing two big accomplishments… Jack; and, Squat”!

Indeed, the SNL skit was humorous and very well done.

It was also factually accurate.

Thus, the SNL skit serves as a stinging indictment of the Nobel Prize Committee fallacious award; and, can serve as a guidepost and wake up call to all Americans.

Because hope is essential in everything we do, it is both an initiating catalyst and a continuing attitude in pursuit of any goal or objective. This is true whether the goal or objective is deemed by others as appropriate or not.

It is right to respect hope, and to nurture hope, that is based on truth.

But it is never right to use hope as a substitute or replacement for clear outcomes, results and accomplishments.

It would be wrong for President Obama to actually accept this vacuous award. In a grand gesture, Mr. Obama should do the right thing, saying:

“I have not earned the award and, respectfully, I decline it”. To do otherwise, in fact, would send a confusing and very depressing message to all those Americans who properly believe in hope and understand there is no shortcut to success.