Rep. David Brat
|
Posted: Sep 15, 2020 12:01 AM
Share   Tweet
The opinions expressed by columnists are their own and do not necessarily represent the views of Townhall.com. 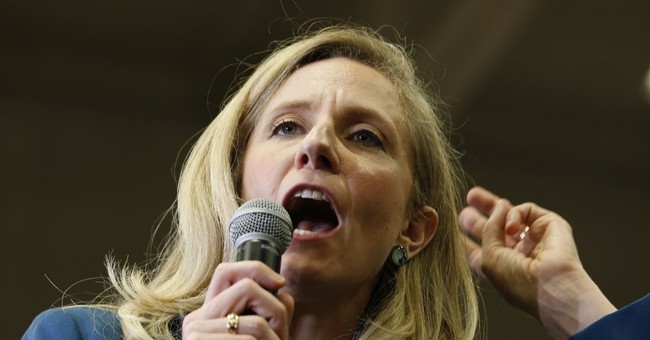 It’s not very often in politics that you experience the thrill of principled vindication, but apparently as an ex-congressman, it can still be had.

Six years ago, I shocked the Washington establishment by running against “Chamber of Commerce Republicans.” It was tough to convince many well-meaning conservatives in Washington and in my own district of what I meant. They were too used to the Reagan era, when the Chamber was a rock-solid champion of American business and the free enterprise system it needs to flourish. It was difficult for some conservatives to stomach just how far the Chamber and the politicians who bank on its support had slipped since those days — how their main constituency is no longer the American entrepreneur but the Washington apparatchik and the multinational corporation.

I ran as an outsider before it became cool. Ironically, I ran on the Virginia Republican Creed which is devoted to Republican ideals like free markets, balanced budgets, and Judeo-Christian moral fiber. As I said back then to folks fairly fed up with mainstream Republicans, there is nothing wrong with the Republican Creed, it’s just that very few Republicans follow it! The Swamp has gotten even worse since I ran, and now there is no pretense about money buying the entire system. The entire stock market is being driven by six firms run by billionaire leftists, with exorbitant market power, backing victimhood status. Wow.

As I saida bout my opponent, sitting Republican majority leader Eric Cantor, back then, “The folks he listens to (are) the Business Roundtable and the Chamber of Commerce .... If you’re in big business, Eric’s been very good to you and he gets a lot of donations because of that.”

Still, people told me it was all just politics, that the Chamber backed politicians like Cantor because he “got stuff done,” and it wasn’t about any ideological shift in organization.

Thankfully, the Chamber itself put an end to the debate. This year, instead of finding a “Chamber of Commerce Republican” to back, they went ahead and endorsed Democrat incumbent Abigail Spanberger for the district that Cantor and I previously represented, along with 22 other newly-minted “Chamber of Commerce Democrats.”

The move is emblematic of just what groups like the Chamber of Commerce actually stand for these days: their own lobbying jobs in Washington and the interests of massive corporations who stand to benefit more from openness with China, rather than the well-being of American small businesses.

The Chamber simply has no leg to stand on with these endorsements. The Democrats it is backing are universally opposed to the free-market, pro-business principles the Chamber claims to advocate, not to mention the interests of small businesses and bigger companies with predominantly-American workforces. Twenty of the 23 Democrats the Chamber endorsed have voted to make right-to-work states illegal on the federal level, and 18 of them want a nationwide $15/hour minimum wage. Fourteen of them even supported the $3 trillion so-called “Heroes Act,” a sharply divisive bill that would represent the greatest single step towards socialism in living memory.

The betrayal is even starker against the backdrop of this summer’s civil unrest and rioting. It’s small businesses that have to fear being looted, vandalized, and burned out, not giant corporations, and the Chamber of Commerce has decided to line up with the people who think rioting is okay because “insurance will cover it” (it won’t).

The new Chamber of Commerce Democrats, Spanberger included, have always made it clear they’re with the supposedly “peaceful protesters,” not the people whose businesses get destroyed when things get “fiery but mostly peaceful.”

Spanberger, for example, called the U.S. Park Service Police pushing back “protesters” — who had just lit a historic church on fire — in order to secure the White House an example of President Trump using the “playbook” of “authoritarian regimes throughout the world.”

Like the rest of the Democratic Party, Spanberger is now running from her previous position, suddenly finding her voice when she realized the riots weren’t playing well. It turns out her constituents are a bit more concerned with keeping their homes and businesses safe than whether left-wing radicals are asked to move back a few yards from the White House.

And other Chamber of Commerce Democrats have far less defensible records than Spanberger when it comes to supporting the recent riots.

Elaine Luria, over in Virginia’s 2nd District, got down on her knees in supplication to the “protesters” not far from where other “protesters” caused hundreds of thousands of dollars in damage and had to be stopped by the National Guard. Then, to add injury to that insult to private property, she co-sponsored the so-called “Justice in Policing Act” that would eliminate police officers’ qualified immunity. If officers are reluctant to intervene and prevent rioters from destroying businesses now, imagine how many businesses will burn when police know they can be personally sued — potentially costing them their savings and their homes in addition to their jobs — if any “protesters” get hurt.

The irony of all ironies is that while the Democrats try to play the “authoritarian” card, they are the party devoted to monopoly power for firms, and for the never-ending growth of the federal government. Never again means no more Big Government, no more firms so big that they can openly flout the First Amendment and the government itself. And no more trade and entanglements with totalitarian countries that brutally repress their own people. The Democrats and the Chamber have no moral position whatsoever on the CCP, which is currently running re-education camps for over a million religious minorities.

The best explanation here is that the U.S. Chamber of Commerce has abandoned the principles it once stood for in the hope of gaining influence with a future Democratic majority. They likely think the Democrats are more inclined to surrender to China on trade negotiations, helping some of the Chamber’s biggest funders in the process.

Luckily, Eric Cantor has chosen the better road as the choice has become stark: the Chamber of Commerce long ago left behind the entrepreneurs and businesspeople who make up a core Republican constituency. This time around, he bucked the Chamber and endorsed a true friend to small business, Republican Nick Freitas. Cantor’s successor as the head of the House GOP caucus, Minority Leader Kevin McCarthy, evidently knows the same thing.

“I don’t want the U.S. Chamber’s endorsement because they have sold out,” McCarthy said upon hearing about the endorsements.

Total vindication is rare in politics, which only makes it all the more sweet when it does come about. But total vindication is more than a single race, and it will only really count when the American people vote this Fall for the principles that made us great, and when “We the People” again become sovereign, as our Constitution intended.

David Alan Brat is the dean of the Liberty University School of Business. He served as the U.S. Representative for Virginia's 7th congressional district from 2014 to 2019.