Humberto Fontova
|
Posted: Nov 27, 2021 12:01 AM
Share   Tweet
The opinions expressed by columnists are their own and do not necessarily represent the views of Townhall.com. 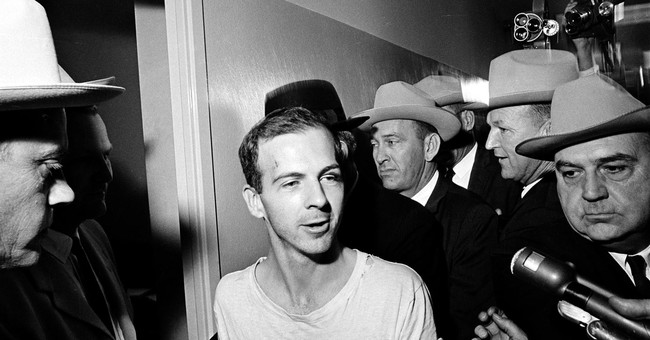 “The skinny guy walked into my store and started looking around,” recalls Carlos Bringuier about the afternoon of August 5, 1963 at the New Orleans store he managed at the time. “But I could sense he wasn’t a shopper. Sure enough, after a few minutes of browsing he came up and extended his hand. “Good afternoon,” he said. “I’m Lee Oswald.”

On the very night of Nov. 22rd 1963 Carlos Bringuier went public on American radio and TV: “We don’t know yet if Lee Harvey Oswald is President Kennedy’s assassin. But if he is, then Fidel Castro’s hand is involved in this assassination."

“For 15 years of my life at the top of the Soviet bloc intelligence community, I was involved in a world-wide disinformation effort aimed at diverting attention away from the KGB’s involvement with Lee Harvey Oswald, revealed Soviet bloc defector Ion Pacepa.

But Carlos Bringuier was on to the disinformation campaign from its very birthday.

“Oliver Stone interviewed me for hours while researching for his movie JFK” recalls Bringuier. “This was almost 30 years ago. Stone’s loony–left credentials weren’t yet blatant. I figured he was after the truth. So I went along, telling him everything. Well, his movie comes out --and turns out I’M involved in the conspiracy to kill JFK!” Bringuier laughs. “For fifty years the media has either ignored or turned everything I’ve told them upside down,” says Bringuier. “Finally I got sick of it so when a couple years back 60 Minutes asked me for an interview, I told them: “sure. I’ll do an interview—but this time it has to be LIVE, no editing.” That ended whatever relationship I had with CBS producers.”