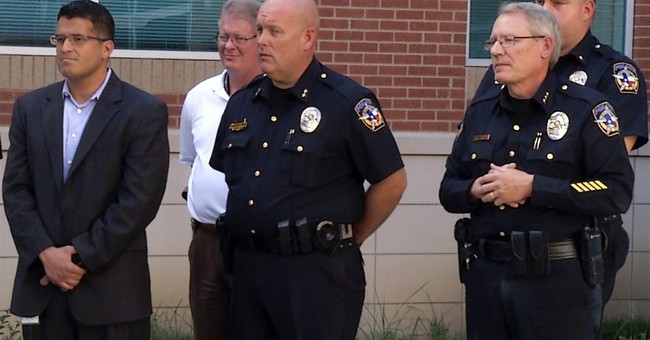 Based on the recent firestorm surrounding the events in McKinney, Texas, it appears the ‘new normal’ threshold for demanding swift justice and national condemnation of police officers is a short video clip followed by social media outrage.

There is more to the McKinney incident than 20 seconds of video, but it is that image of a white uniformed police officer using force on a black teenage girl which has again inflamed a nation too eager to cry racism when it comes to the work of our cops. The video clip is disturbing taken out of context of the remainder of the seven-minutes of footage, which is nowhere to be seen.

The fights, the verbal, and physical intimidation against bystanders trying to enjoy a day at the pool that led to the police being called are apparently not newsworthy. Thus far there has been no effort to bring some perspective to this sensationalized caricature of a news story, which The New York Times was quick to note has led to “collective outrage across social media”.

Is this really the new benchmark for justice?

Al Sharpton has already chimed in with his demand for the arrest of the officer. The town’s mayor announced that he was “disturbed and concerned” instead of calling for calm and not a rush to judgment.

Once again the bad guys in this little vignette aren’t the young people that invaded the party and brought with them alcohol, drugs, and their own lack of respect to what should have been a happy end-of-school celebration. No, the new normal tells us that it’s the police who are the problem. It’s the one cop dealing with a chaotic situation who must in some way be racist or at least accused of excessive use of force.

The new normal means that the media will largely ignore the social media postings by witnesses that combat this media portrayal, noting as one member of the neighborhood did, that the party turned into a “mob event” where two pool security guards were assaulted along with a mother with three little girls. That witness post clearly tells the story not being told. “The video doesn’t show everything…I commend the officer for handling this situation.”

Voices like those are too often lost in the wilderness of agenda based reporting, racial politics, and a public all too willing to believe in the false narrative of racially motivated policing.

Trying to control a large and unruly crowd in order to investigate and provide a safe environment for the community, by two or three police officers is a daunting and dangerous task. It is ludicrous that some commentators are using the footage of the officer briefly pulling out his weapon, as an illustration that he was “out of control. What they ignore is the two young men coming up on his gun side in the video. Any cop with any experience knows how vulnerable he is to attack and that the removal of his weapon could lead to his death. During the brief seconds when he drew his weapon, he assessed the threat, which ended when the two young men ran, and he quickly returned the gun to his holster.

There is a common denominator to all of the high profile events since the Ferguson fiction of “Hands Up Don’t Shoot” and they are at work here in McKinney. It is called “non-compliance.” There is a time to question authority, but it is not when the police are conducting an investigation like this one. We are all accountable for our decisions and when someone makes the conscious decision not to obey a lawful order of a police officer, make no mistake, there will be some consequence.

When all is said and done with the incident in McKinney, the officer will be accountable for his actions. I hope that those in positions of authority in his agency and in the city government are not influenced by the new normal.