The Tragedy in North Charleston 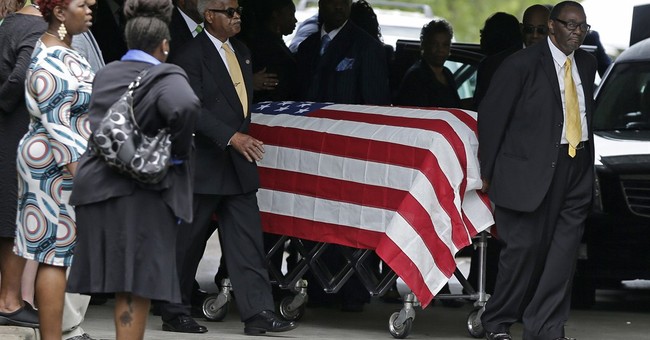 The shooting death of Walter Scott by North Charleston South Carolina Police Officer Michael Slager is tragic on so many levels. It may stand out in the annals of history as a pivotal moment in how Americans view their police for years to come. Not only did this shooting result in the needless death of a citizen, but may result in the death of trust in our nations Police which has already been bruised and battered in the boxing ring of public opinion during the last year.

In the cloud of outrage boiling up from the videotaped killing of a man fleeing from the police, the reality is that this one officer’s conduct will give a sense of credence to the false narrative being spouted by hate mongering throngs accusing police officers who happen to be white of waging war against black citizens.

This false narrative is what frustrates and saddens the hundreds of thousands of men and women who proudly serve their communities behind the badge.

The American system of justice presumes innocence until a finding of guilt is handed down from a court of law. Former Officer Michael Slager is deserving of this fundamental right just as any citizen should be. The investigation is in the early stages and developments may come to light that may explain his conduct, only time will tell us that.

The larger issue is this: The public has the right to trust and believe in their police.

The principals of police power are such that when we are given the authority to take a persons’ liberty, property and even their very life, we are given solemn duties. The duty to defend the defenseless, adhere to the Constitution of the United States, tell the truth even when it hurts, protect the innocent, enforce laws even if we don’t agree with them, treat all people fairly and with dignity, provide the services of law enforcement with the highest levels of courtesy, competence, compassion and integrity, and if called to do so, give your life in order to protect the lives of others. Could there possibly be a more important job or a more difficult one? Not a chance.

Of the almost one million men and women who each day face the realities of policing, witnessing firsthand the cruelty that people are capable of inflicting on one another, occasionally a few will fall prey to greed, or lust or power or even the most taboo in the world of policing . . . fear, and they will let all of their brothers and sisters down by succumbing to their own humanness.

I do not know what the future holds for former police officer Michael Slager. But this I do know: When you swear to uphold the law, you are accountable both personally and professionally for your decisions. And when you make the decision to take a human life, you answer for those decisions not just in a court of law, but to your own heart and soul as well.

To the men and women who serve their communities with gleaming gold and silver worn proudly on their chests I say this: Hold your heads high for there is no greater honor than to serve.

To the people of this nation I say this: The vast majority of your police serve for the right reasons, the desire to protect you and your families. They perform an almost impossible job and most of the time they do it exceptionally well. Trust in them, believe in them and know that under that badge beats a heart just like yours.