US Foreign Aid Should Be Redirected to Risk-taking Companies

Rachel Marsden
|
Posted: Sep 05, 2018 12:01 AM
Share   Tweet
The opinions expressed by columnists are their own and do not necessarily represent the views of Townhall.com. 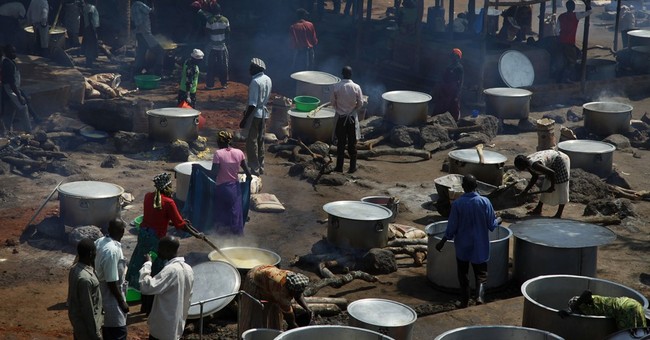 PARIS -- The Pentagon cancelled $300 million worth of military aid to Pakistan, just as Secretary of State Mike Pompeo was preparing to travel to Islamabad to meet with Prime Minister Imran Khan. The move is no doubt a negotiating tactic to get Pakistan to stop diversifying its weapons purchases from the U.S. in favor of China and Russia, and to help reel in the Taliban in Afghanistan.

The Taliban is to Pakistan what Hezbollah is to Iran. The Trump administration's move is likely supposed to pressure Pakistan to put these proxies in Afghanistan on a tighter leash. This is well and good for a short-term strategy to pressure the Taliban into a less belligerent role in Afghanistan. However, the concept of foreign aid -- military or otherwise -- needs to be completely rethought in the interests of long-term stability and economic prosperity.

What kind of return have American taxpayers obtained on foreign aid? How long has America thrown good money after bad with little concern for economic return on investment? The more the country needs aid, the more likely that it's run by people with their hands in the till. So it shouldn't come as any surprise that America isn't getting any bang for its buck. There's something fundamentally wrong with a funding model that props up corrupt systems, as U.S. foreign aid has long done.

Whether this financial assistance is issued in the interests of civil society building, military support, stabilization or counter-terrorism, the underlying problem remains: an absence of long term economic and political stability. Conventional wisdom has long held that a country has to first be stable before its economy can thrive. This kind of thinking results in endless U.S. funding for military training and advisers, with pitiful results, as we've long seen in both the Middle East and Africa.

How many times has America flunked the transition from conflict to stability, or managed to get to the point where such a transition would even be possible? Without stability, there can be no long-term economic prosperity, except maybe for those who profit from military hardware sales.

The free market represents the best hope to ending endless conflict. It's just a matter of tackling the problem from the correct angle. That angle should be a more directly economic one and less directly military. If you want to loosen the iron grip of fascist power, then you need to reduce people's reliance on it through local jobs. Instead of going through war and hoping to eventually get around to building companies, how about starting with the companies?

The problem is that foreign companies aren't going to move into hot spots when there's an existential risk of getting blown up. If the U.S. and other governments are willing to provide foreign aid funding for NGOs and endless defense activities, which have resulted in very little progress, then why not reserve it for companies bold enough to venture into these areas with the sole purpose of creating local opportunities?

These companies might want to use these funds to protect their assets and interests with private security, develop or protect their supply chain, or tackle any number of risks and prohibitive costs associated with operating in an unstable environment. Without such support, America has been increasingly losing ground to China.

While America funnels its foreign aid into black holes with little return to show for its investments, China is forging into these hot spots with a much different mentality. Do you think that China, unlike the U.S., is giving its money away to NGOs so they can run around showing people in Africa how to make bead necklaces and pottery?

Historically, China doesn't have a policy of foreign military intervention. They sure do have one of corporate foreign intervention, though. They plunge head-first into these markets and build the infrastructure to support their objectives, notably those involving the extraction of natural resources.

America can -- and should -- do better than the Chinese model. The idea should be to build up these markets and their citizens -- not to pillage and plunder while the locals work for a pittance. When China talks about "win-win," it usually refers to the oligarchs involved on both sides of the transaction.

U.S. President Donald Trump has recently slapped trade sanctions on China, which has gotten rich as a result of being the developed world's sweatshop. China, in turn, is now increasingly outsourcing that role to Africa. Earlier this year, Bloomberg reported: "China Is Turning Ethiopia Into a Giant Fast-Fashion Factory."

Is America really going to let China corner these frontier markets with its perverted form of capitalism? The most effective use of the foreign aid welfare program is in exporting and facilitating the global expansion of capitalism.