Global Populism Trend Could Wipe out the French Left

Rachel Marsden
|
Posted: Jan 18, 2017 12:01 AM
Share   Tweet
The opinions expressed by columnists are their own and do not necessarily represent the views of Townhall.com. 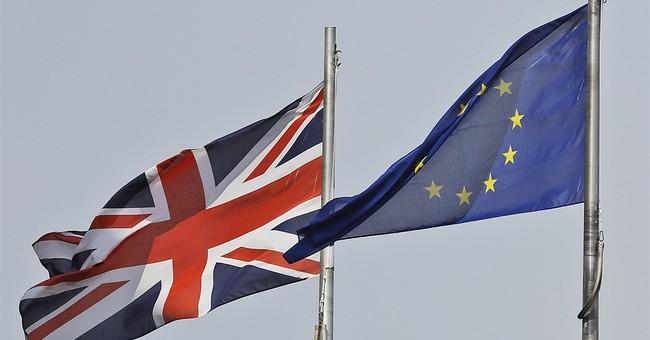 PARIS -- It dawned on me while watching the French Socialist Party presidential primary debate over the weekend just how old-fashioned and dated the ideological left in France has become. As the candidates debated marijuana legalization and lamented not having taken in enough Middle Eastern migrants, the ideology that once represented youthful idealism suddenly sounded like an appeal from another planet, directed at an audience that no longer exists.

Polls suggest that if the first round of the two-round French presidential election were held today, Marine Le Pen of the National Front and Francois Fillon of the French Republican Party, currently running neck-and-neck, would advance to the second round of voting, eliminating the Socialists entirely. Observers unfamiliar with the intricacies of French politics might conclude that France has come to favor conservative ideology over leftism. That's not the case. There's something else happening here that reflects changing priorities and values.

It used to be that left-leaning politicians could count on young people's support by pandering to their starry-eyed idealism. France's liberal politicians have long since blown that capital.

An Ifop poll last year of French youth ages 18-25 showed Le Pen to be their preferred presidential candidate, while noting that their state of mind toward French society could best be described as "appalled," with 68 percent describing their household as struggling financially and 72 percent categorizing their image of politicians as poor. According to an Odoxa-Dentsu Consulting poll from December, young people in France ages 18-34 are thoroughly disgusted with political parties altogether, but when pressed to identify with a party, they chose the National Front over the Republican and Socialist establishment alternatives.

A distaste for globalism -- or at the very least for its results -- has swept away old ideological paradigms and ushered in a new post-ideological era. Political debates are pointless intellectual exercises when staged against the backdrop of a system rife with cronyism and special interests. To undertake meaningful reform requires the election of someone who didn't have a hand in creating or contributing to the current system. We have seen the rise of Nigel Farage, who led Britain's Brexit movement, and Donald Trump, who single-handedly took on the American establishment, but elsewhere, political outsiders capable of following through on promises to dismantle the status quo are few and far between.

Le Pen has promised that she will hold a national referendum on a French exit from the European Union if she wins the presidency, and she has suggested that she'll resign if that vote fails. Le Pen's commitment appeals to the sort of anti-establishment rebelliousness of young people who feel that democracy has been hijacked -- a position traditionally favored by the left, until the left became institutionalized, self-serving and indistinguishable from those they claimed to fight.

The National Front transcends ideology -- a convenient trait in the current climate. Contrary to popular characterization, it isn't a "far-right" party but rather a Gaullist one, combining the conservatism, patriotism and statism exemplified by beloved World War II-era French President Charles de Gaulle.

Conservatives would prefer to see less nanny-statism in the National Front's policies, while leftists would like to eliminate the conservative aspects of the party's platform. But ideology loses much of its heft when fed into a broken system. This is where patriotic populism comes in. It's the National Front's vehicle for the kind of democratic reform historically promoted by the idealist left, and it sets the party apart from its establishment rivals.

The old nonspecific leftist battle cry of "power to the people" has been replaced by a widespread desire to restore national sovereignty in an era of rampant globalization and to stop the erosion of national borders by the invisible hand of shadowy global governance. Those who have promoted globalist policies that enrich their own class at the expense of the rest of society are now clear targets for political elimination, and not just by the left. While they're preaching the French national values of "liberty, equality and fraternity," their actions in support of their own social and political caste demonstrate their misguided belief that some citizens deserve more liberty, equality and fraternity than others.

Le Pen is the only viable presidential contender in France who is not an establishment fixture. The others have served as key government ministers and failed to use their positions to adequately reform the system. Once elected, they blended quietly into the giant machine that has steamrolled democracy.

Until this well-worn cycling between establishment parties ends, there's little hope for any meaningful or lasting improvement in the plight of the average French citizen.