Trump is America's Chance to Fix a Broken System 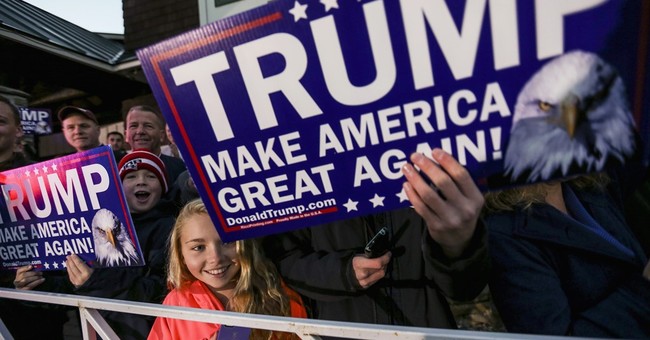 PARIS -- Republican presidential candidate Donald Trump, the party front-runner in most polls, has positioned himself as the one contender who can't be bought, and who is intent on making Washington a place less beholden to cash-flashing by special interests.

It's not the first time a candidate has campaigned at least partly on the basis of getting special-interest money out of Washington -- just the first time that someone in position to actually get elected has done so. Usually it's the kind of message that comes from fringe candidates who can safely claim that they won't ever touch lobbyist or donor cash because there isn't much chance that anyone would want to give them any.

Trump has broken a political omerta just by talking about money in politics. His public airing of the topic is the political equivalent of a mobster giving a PowerPoint presentation to police detailing shady dealings. There's an unspoken understanding among serious presidential contenders that you don't bring up campaign contributions in a debate. It can only result in everyone's closets emptied out and skeletons thrown everywhere. Typically, only the broke contenders engage in such talk -- and there's no danger of them making it far enough in the nomination process to have it become a centerpiece of discussion.

This has all changed with Trump. Here we have a self-made billionaire who freely admits that he has spent his entire career playing the political money game. He's even identified some of his competitors as past beneficiaries of his largesse. Now, Trump says, he wants to hop onto the other side of the game and change all the rules.

There's no question that donations from special interests have been legitimized and institutionalized. We in the West point fingers at Russian and Ukrainian oligarchs for their disproportionate influence in national politics, yet we ignore fact that fewer than 400 families are responsible for nearly half the donations in this presidential campaign, according to the New York Times. In a country of nearly 320 million people, this represents undue influence of oligarchic proportions.

One would have to be awfully naive to believe that those families have donated millions upon millions of dollars to presidential hopefuls without any expectation of a return on that investment. In a functional democracy, all votes are supposed to carry equal weight. When such a massive amount of money not only determines winners by permitting some to outspend others on the campaign trail but also saddles the candidates who are elected, it overrides the spirit of the democratic process.

Something unique is happening in this election cycle: Billionaire donors have no horse to bet on. Jeb Bush has been the apparent favorite for many, and his struggling campaign recently resorted to dragging out Jeb's dad and bro -- former Presidents George H.W. and George W. Bush, respectively -- to spend two days in Houston reassuring donors.

Meanwhile, industrial titan Charles Koch has told the Wall Street Journal that he's going to wait to decide where to put his money.

How about putting it nowhere? Wouldn't that be great? How absolutely awesome would it be if billionaires had more money to spend on, say, creating more jobs or value because no one with a viable chance to be elected would take their money?

Complaining about the influence of money in politics is less proactive than sending a message at the ballot box. The traditional election-season complaint is that all of the candidates are the same, and all of them are in someone's back pocket. But now, Americans have a real chance to affect change when they go to the polls in November 2016. Trump is a political comet that likely won't come around for another thousand years -- if ever.

Whatever one might think of Trump's policy positions, he has chosen to stand for something greater: reform of the system itself. While some may argue that a single person couldn't possibly change the rules of the game in Washington, the simple fact that American oligarchs are getting so visibly jittery seems like a great start.

The absurdity of cash-infused electoral politics is something on which both the right and left can agree. It transcends ideology. The real choice is between continuing to shuffle around ideological chairs on the deck of the political Titanic, or seizing an opportunity to steer the ship away from the iceberg via Captain Trump.