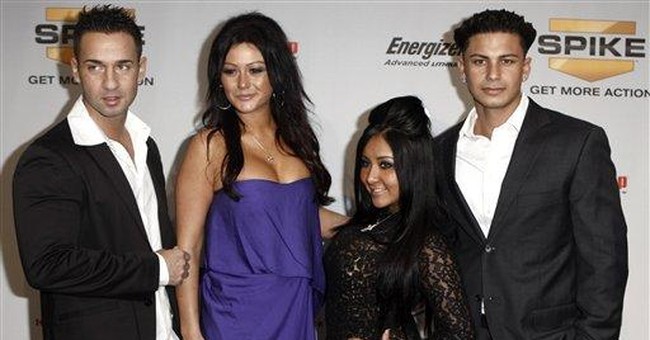 After being bombarded with news of Third World problems for so long, I figured it was time to give a bit of equal time to First World suffering. Every so often I reach a boiling point with modern Western culture and feel the need to rant -- so I'm going to bleed it out through my fingertips, as Ernest Hemingway used to say of writing, before my brain explodes from the pressure.

After years of not owning a television, I finally broke down and bought one in November, thinking that maybe it was time to stop being a misanthropic weirdo. Less than two months after beginning to "enjoy" my 600 new channels, I unplugged the TV and pushed it into a corner, where it now collects dust. Why is it that the more channels that exist, the harder it is to find anything worth watching? Anything worthwhile these days can be found on YouTube after the fact, anyway. A few weeks of being exposed to what passes for television these days had me pressing the "buy" button in the Amazon bookstore like it was a heroin-dispensing device and I was some kind of junkie. So it's back to being a weirdo, I guess.

A film adaptation of "21 Jump Street"? Really? And how many versions of "Spider-Man" does the world need? Are the people responsible for green-lighting productions in Hollywood so lazy that all they want to see in a pitch is the name of a popular actor and a title that was popular at some point over the past 30 years? I used to go to the movies every week. Now I can barely tear myself away from the independent-movie section of the iTunes store to avail myself of a piece of reheated celluloid while fellow moviegoers text, surf and talk their way through the experience like they were sitting in their living room.

No, I want don't to read a book by Snooki of "Jersey Shore" -- and apparently no one else does, either. Why do publishers think Snooki's mouth-breathing reality-TV audience contains a subset of people who read? And are we supposed to believe that Snooki took time out from her busy life to string together not just one or two sentences, but many of them -- and in writing? Writers with original ideas and interesting work are struggling to break through, and here we have reality-TV people being paid millions to have inauthentic hunks of garbage written for them that proceed to swan-dive right into the remainder bin.

The GOP primary race really is the festering boil that just won't crust over, isn't it? In this variation on Chinese water torture, the remaining candidates are the only men left standing in the center of a Venn diagram consisting of the categories "bland," "weird," "sexually repressed" and "good hair." Unfortunately, this isn't a show from which we're likely to get a reprieve anytime soon.

I've had it with people whose big mouths write checks that their behinds can't cash. They can't keep any appointments with you because they have at least three other appointments booked in the same time slot, all on different continents. You can, however, trust that they will reschedule and will make that next meeting ... as soon as they're able to procure a time machine. I can't figure out if this is a form of passive aggression, mental illness or malignant entitlement.

Is it just me, or is the practice of pretexting becoming more prevalent in the general population? It used to be rare that someone would set up a business meeting with ulterior motives in mind -- usually cloaked in a whole lot of time-wasting and hoop-jumping before you realize they're wasting your time and either just want to hang out or get something for free -- but it's now fast becoming the norm. And at no time in history has this been more annoying, because so many of us in this economy are self-employed consultants. How nice it must be for people whose boss can afford to pay them to waste our time. When these people die, I hope St. Peter spends days messing with them at the Pearly Gates before finally sending them "downstairs" where they belong.

It's Official: The NSA Unmasked Tucker Carlson
Townhall
'You love to see it': 'Slave catcher' NYPD officers put the hurt on left-wing activists guarding occupied retail property
Twitchy
Joe Biden's Honeymoon Looks to Be Over and That's Bad News for Democrats
Redstate
Is the Honeymoon Over?
PJ Media