What The Most Watched TV Shows Say About America 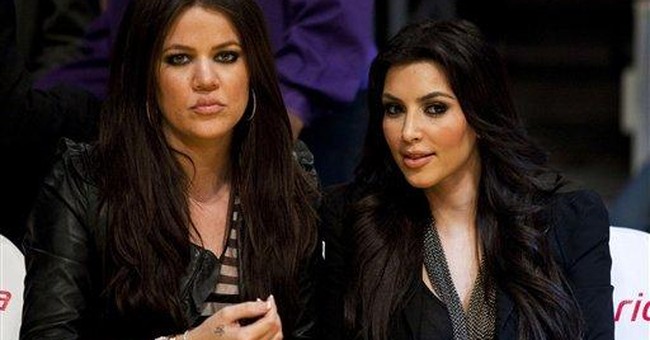 The other day, I stumbled upon the Nielsen media ratings website. As a political analyst, I’m usually called upon to convert raw data into conclusions, and those conclusions into messages. But, just for fun, I thought I’d put the same skills to practice in analyzing what the current top TV shows say about America.

People like watching actors do anything other than act

That’s the conclusion that can be drawn from the fact that nearly 20 million Americans watched “Dancing With the Stars”—the top rated show in America last week. There’s no evidence to suggest that all of these actors thrown together in a single scripted series would draw even a fraction of the audience, which is probably why they glommed onto this opportunity in the first place. But put them in front of a live studio audience, where they can’t hide behind the words written for them by someone else, and the authenticity is enticing.

Contrary to media hype, no one really cares to watch regular people on TV

For all the talk and press around all the “Real Housewives of [Blank]” unscripted programming, these shows just don’t rank. Thus, Americans are disconnected from their media, which consistently finds these characters fascinating, charting and reporting their every move. Entertainment Tonight, featuring celebrity publicity puff jobs, has a higher viewership than the highest ranked of all these “reality” programs: “Jersey Shore 2.”

Fox News crushes CNN and MSNBC. We’ve heard that so many times that it has become a meme. But guess what? Every one of the top 10 shows on the Hispanic network, Univision, beat Fox’s top program (The O’Reilly Factor—3.5 million viewers), as did WWE Raw’s fake wrestling (4.9 million). Proof that shows making the most noise aren’t necessarily what people are paying attention to.

We might want to debunk this ridiculous idea that networks have to hire people of a certain ethnicity in order to appeal to viewers of that same ethnicity. While Oprah ranks seventh overall in syndicated programming rankings, she doesn’t even make the top 10 among African-Americans. Judging by the ratings, if she wants to crack the African-American audience, she should tackle her guests and punt prizes into her studio audience (NBC Sunday Night Football ranks as their No. 1 programming choice).

Americans would rather watch fake investigations than real ones

“NCIS” (Naval Criminal Investigation Service) is the second-highest rated show in America. The combined audience for “NCIS” and “NCIS: Los Angeles” is over 35 million viewers. By contrast, the overall top-ranked news and information program is “60 Minutes,” with 15 million. Moreover, most of the fiction series that rank in the top 10 relate to police and investigation: Criminal Minds, The Mentalist. Just not anything real.

Hispanic-Americans don’t integrate, if their TV viewing habits are any indication

I’m going to really go to town on this point, since I have the moral authority to do so. As an immigrant to France, when I watch TV, I don’t glue my dial to Sky News (Fox’s sister network in the UK). I have at least some curiosity about the culture and society in which I live, and the way in which the world is viewed from here. Apparently this isn’t the case with Hispanic-Americans for whom the top 10 most watched shows consist exclusively of Spanish-language programs on Univision. No football, no dancing stars, no cop shows. One must conclude that either Spanish language programming is vastly superior, or they don’t understand English language TV and don’t care to. If they were truly making an effort to integrate into the Anglo-American culture, “Wheel of Fortune” would be a good place to start. It’s the second-ranked show in overall syndicated programming—meaning that a lot of English-speaking Americans enjoy watching their own language slide across the screen before them at a slug’s pace for a half-hour every day.

Cable TV isn’t really used for much aside from sports

Except one of the top 10 cable TV programs, all are sports games. No Kardashians. No “reality” shows. No right vs. left smackdowns. Just guys hitting, grunting, running, jumping, throwing, kicking. The fact that we talk about anything else in gossip and entertainment media gives a highly skewed vision of what’s really considered important and attention-worthy in America.

MIA: News and Information Sports. Reality shows. Dancing. Fake cop shows. Aside from “60 Minutes,” there isn’t a single news or information program to be found in any of the top 10 TV lists. A sign, perhaps, that with the growing familiarity of the Internet, even among the top end of the 25-54 TV “money demo,” there are increasingly fewer people who are so useless and inept that they have to actually wait until the evening to be fed their daily dose of news.