The Surprising Rise of the Hispanic Millennial Libertarian 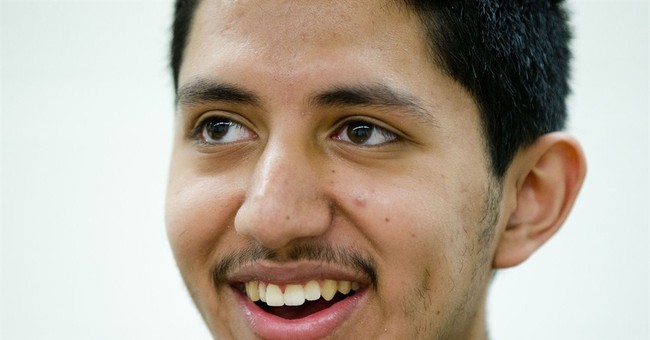 Libertarianism isn’t confined to caucasians anymore. The Pew Research Center recently released a study on who in America describes themselves as libertarian while being able to accurately identify what the label actually means. Of the total demographic, 12 percent of respondents who identified as libertarian were white, unsurprisingly the largest demographic population. However, Hispanics self-identified as libertarian at almost the same rate, 11 percent. By comparison, only three percent of blacks fell into the same category (other demographics were not included in the final results). Libertarians also tend to be young; Millennials are the largest group of libertarians, with the Silent Generation making up the smallest.

So what’s going on here? Aren’t Hispanics more traditionally aligned with the left, while libertarianism more often aligns with the right? Curious about the shift, I interviewed a handful of Hispanic American Millennials and found that there are a number of causes like demographic and ideological changes driving the shift.

While Latinos are more likely to support big government, it is important to bear in mind that these Hispanics tend to be older, first-generation immigrants. Since immigration from Mexico has all but reversed due to America’s poor economy, most of the Hispanic population growth in the US comes from second- and third-wave Hispanic Americans. In other words, Millennial Hispanics, unlike their parents, grew up as native-born Americans.

This population is huge; fully 65 percent of American Hispanics are between the ages of 22 to 35, and they’re filtering into common traits found in libertarianism. For example, they graduate college at higher rates than any other demographic group, including whites. Additionally, Pew Research shows that younger Hispanics don’t particularly care for the “Hispanic” or “Latino/a” label. Sandra Sanchez, a Millennial who authors The Individualist Feminist blog, states, “Part of it is moving away from the culture wars… I might be Latina but that doesn't mean that I understand what it means to be Puerto Rican or Mexican.” Younger Hispanics are not subscribing to the culture wars of their parents’ generation, and their shifting politics prove it.

These highly-educated young Hispanics are also deeply involved in their community, but they don’t necessarily advocate that government should inject itself as well. For example, Hispanic Millennial support for Obama dropped nine percent between 2013 and 2014. Their trust in bigger government is dwindling. John C. Cruz, a Latino American born in 1985, states:

With [Obama’s] presidency nearing the end, many people in urban communities feel as though they have been largely ignored... and Hispanic Americans are no exception to that. They are dealing with... the lack of an effective immigration platform. After all, even conservative folk-hero president Reagan was able to make some sort of amnesty happen.

Could this be all that’s driving the trend?

No. Libertarianism also appeals to issues that matter deeply to Hispanic Millennials and young people in general: a greater emphasis on civil liberties. Hispanic Millennials overwhelmingly support gay marriage. They want to legalize marijuana. And of course, they show greater support for relaxing laws on unauthorized immigration, a libertarian cornerstone.

Hispanic Tea Party icons like Marco Rubio and Ted Cruz are not leading Hispanic Millennials to the right. In fact, Hispanic Millennials tend to prefer more government services than their white counterparts. And since they reject the “Hispanic” label, they won’t necessarily be drawn to the Hispanic icons that appeal to their parents. Sostaita adds, “Young Hispanics are very distrustful of Rubio and Cruz. Rubio has voted against the DREAM Act in the past and Cruz is against immigration reform. They have very little support from communities of color, particularly Latino communities.”

Even Hispanics who opt for more traditional political parties are distrustful of Rubio and Cruz. Jesus A. Diaz, who was born in 1991 and is a social Democrat, says, “For me I don't see Rubio or Cruz as Hispanics even though I know they have ‘cultural’ surnames… I'm not terribly convinced that the growth in libertarianism would be coming from young Hispanics being moved by Rubio's and Cruz's politics.”

Millennial Hispanics are certainly rising, and that growth is not going to falter anytime soon. While they don’t particularly care for Hispanic Tea Party icons, they have found their way to libertarianism because of its alternative approach to immigration reform and broader acceptance of civil liberties. Should the Republican Party wish to capture this large demographic, it should take note that Hispanic see through race-baiting candidates and seek real policy change. Until the GOP starts to offer such solutions, Hispanic libertarians will remain an untapped political demographic hungry for market-based solutions to America’s problems.