Rachel Alexander
|
Posted: Oct 12, 2020 12:01 AM
Share   Tweet
The opinions expressed by columnists are their own and do not necessarily represent the views of Townhall.com. 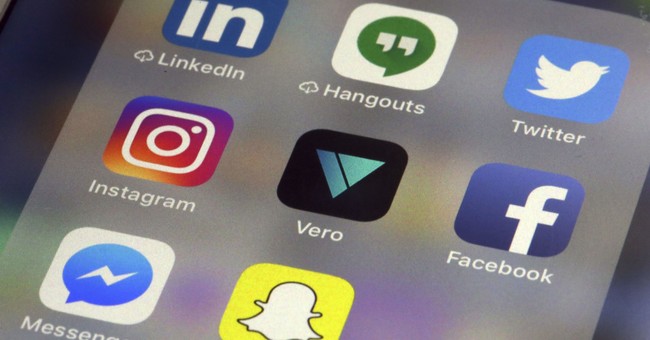 Many of us thought “that could never happen to me” when rowdy right-wingers like Laura Loomer and Gavin McInnes were banned from social media. We are careful and polite about what we post. Surely Big Tech sees how reasonable we are and would never come after us too.

Not so anymore. Big Tech is now starting to label regular conservative viewpoints as false and using that as justification to censor and even permanently ban us.

They are threatening to ban conservatives for posting things that left-leaning fact checkers say have a very remote possibility of not being true. For example, I posted a meme on Instagram (which is owned by Facebook) which said that if the late Supreme Court Justice Ruth Bader Ginsburg had retired at age 80, President Obama would have appointed a progressive to replace her. Seems pretty noncontroversial and straightforward, right?

Instagram sent me a message that said if I continue posting false things like that, I will be banned. They posted a link to a fact check by the left-leaning USA Today at the bottom of the meme. The author went through a long, tortured analysis to claim that there was little evidence to assert that Obama would have selected a progressive jurist to replace Ginsburg. She pointed to Obama appointing the alleged moderate Merrick Garland to replace the late Antonin Scalia. But she conveniently left out the fact that Scalia was a staunch conservative, so there was pressure to replace him with someone less liberal, and that the Senate was controlled by Republicans so there was even more pressure to replace him with someone the Republicans might accept. The author also pointed to Justice Elena Kagan as an example of someone Obama appointed who was not a progressive, but that’s simply not true. Kagan is a progressive.

If Ginsburg had retired when she was 80 in 2013, when Democrats controlled the presidency and the Senate, it would have been a no-brainer for Obama to have nominated a progressive to replace her. Just like he did with Kagan.

Conservative humor is also now being censored, merely for posting obvious satire. I uploaded a meme to Instagram that asked, “Why are mask wearers still complaining about non mask wearers 6 months later? Shouldn’t the non mask wearers all be dead by now?” Instagram sent me a warning and blocked out the meme, so you can only see it now by clicking on the little crossed out symbol. Big Tech is now trying to make us as humorless as Democrats.

Rep. Jim Jordan and other congressional conservatives issued a report this month on Big Tech censorship, focusing on Facebook, Google, Apple, Amazon and Twitter. The report stated, “Big Tech is out to get conservatives. Time and again, Big Tech uses its power to suppress and marginalize conservative voices.” Google was caught blacklisting some of the top conservative media sites in July, noticeably shortly before the election. Notice we’re no longer talking about Infowars and fringe sites. These are the top conservative sites in the country, including Townhall, Breitbart, The Daily Wire and Judicial Watch.

Jordan and Rep. Matt Gaetz were shadow-banned by Twitter in 2018, but not a single member of the 78-person Progressive Caucus was shadow-banned. RNC chair Ronna McDaniel was shadow-banned, but not the DNC chair. The report lists many incidents of censorship of prominent, regular conservatives, including President Trump.

On the other hand, conduct threatening violence on the extreme left is often given a free pass. Tweets by the Ayatollah Khamenei are allowed stating that Iran will reciprocate against the U.S. for the death of Hajj Qasem Soleimani and that Israel will be uprooted and destroyed.

Facebook inserted a warning next to a video that respected libertarian John Stossel had created recently where he called California’s fires “government fueled.” Facebook told him that since it’s been marked as misleading, it will be shown to fewer people. What’s even crazier is Stossel actually said in his video that climate change has resulted in warming in California. The fact check was performed by “Climate Feedback,” some left-wing global warming alarmist organization.

Senator Ted Cruz realizes how dangerous the censorship is. “Big tech censorship is, I think, the single greatest threat to free speech and democracy in the country today,” Cruz said. “There are a handful of Silicon Valley billionaires who have amassed more power than ever seen before over information, over the public square, over discourse, and Big Tech is brazen, [and] is shamelessly silencing and censoring conservatives.”

Many conservatives will still blow this off, saying it’s not censorship because private companies are involved, and we just need to come up with our own competing alternatives. This may be true, but it’s not solving the problem. No platforms fair to conservatives have come anywhere near the competitiveness of the top Big Tech companies. Parler, which President Trump recommended as a social media alternative, has only 2.8 million users. Whereas Facebook has over 2.7 billion users, Instagram has 1 billion and Twitter has 48.35 million. So conservatives are being increasingly shut out of the modern-day version of the public square.

Other conservatives point to the responsiveness of Big Tech at rectifying the bias after people complain and the media covers it. While that was true some of the time for a while, it’s decreasing. I now have many friends who have been permanently banned from Facebook or Twitter and they’re not coming back. There is nothing they can do.

And some conservatives say who cares, we don’t need Big Tech. Unfortunately, that’s not true. Many of us need Big Tech to make a living. Big Tech manipulation does influence elections. A lot of those undecided, uninformed Americans we need in order to win elections are still using Big Tech. Cruz cites Dr. Robert Epstein, a respected psychologist and liberal Democrat who concluded that manipulated and biased search results by Google shifted 2.6 million votes to Hillary Clinton.

Something has to change. The left already controls so much of society — education, most of the legal system, traditional media, Hollywood — that the addition of Big Tech will ensure that conservatives never win another election again. It’s just not clear to many of us what is the best way to fight back.