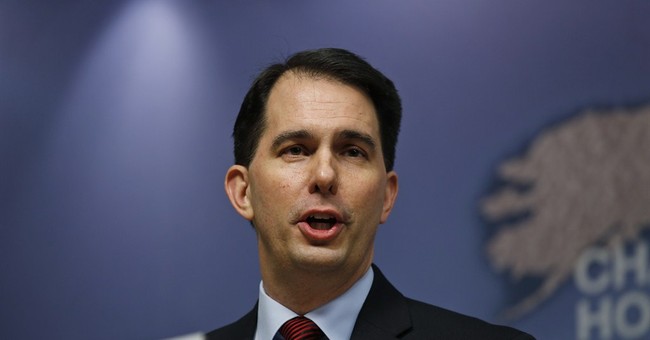 Political discourse has degenerated in recent years into petty insults and fake offendedness. Instead of debating the merits of issues, the focus in politics has changed to gotcha moments. Social media and TV shows are nauseatingly full of them. Both the insults and the hyped up responses are wrong, but how do you correct the problem? If you dare criticize the petty insults, you’re accused of trampling on free speech. If you criticize the fake offendedness, you are labeled sexist, racist or similar. It is a vicious and unproductive cycle that has squeezed out real debate.

The truth is, the petty insults and fake offendedness are nothing more than drivel. If you have nothing to say but drivel, keep it to yourself. Just because you have a mouth, does not mean every thought that comes to your head should be spoken. The Bible is full of timeless wisdom like Ephesians 5:4: “Let there be no filthiness nor foolish talk nor crude joking, which are out of place, but instead let there be thanksgiving.”

Notice you never hear about amazing speeches anymore. When was the last time you heard of a speech like Ronald Reagan’s

This has all come about due to the left forcing political correctness everywhere and eliminating God - with the except of the Islamic religion - from the public sphere. By taking out Judeo-Christian morality from society, people have become less kind and thoughtful. Try watching a typical movie from 1990; the polite way everyone behaves is like a breath of fresh air. Generations X and older remember when this was standard behavior in society. Now, politeness stands out because it is no longer the norm. Genteel political shows like Firing Line have been replaced with Playboy political analysts, vicious pundits like Rachel Maddow and egotistical libertines who think nothing of peppering their talking points with profanity. People no longer think before opening their mouths and insulting someone. What used to be common sense has been replaced with “I am awesome, I can say anything I want, I will not be censored.”

Now there are a few on the right who have crossed this line for years, like Ann Coulter. But she does it as part of an act to be humorous, and she is bright enough to pull it off. Not everyone can be an Ann Coulter; they will never be witty or funny enough. And in person, she is very pleasant.

Church attendance is declining due to pushing God out of the public sphere, and of the churches that remain, many are becoming watered down and politically correct. Many say, “Well I have a friend who is an atheist and he is a much better person than most Christians I know.” That may be true, but are those atheists teaching children and others good values in atheist churches? No, atheists generally do not engage in activities like that. The Bible is full of verses like Ephesians 4:32 that fewer children are learning: “Be kind and compassionate to one another, forgiving each other, just as in Christ God forgave you.”

Forcing political correctness on society has created a hypersensitive type of human who finds offense at everything. Consequently, good people are terrified of running for office, afraid the slightest remark will be used against them to destroy their reputation and career. Terrifyingly, the left has found this technique to be so effective it now makes up stories of gaffes by conservatives.

Social media has brought with it an unpleasant democratization of politics. @DivaPrincess’s tweet carries just as much weight as the president; anyone can see it and it can reach anyone. But there is a reason why we have a representative democracy, not a straight democracy. Not everyone is capable of being a responsible leader in politics. Social media platforms like Facebook and Twitter have helped weaken that system, by giving the rudest people in society a platform for their opinions that is in some ways equal to the media platform of elected officials - and they can easily surpass them merely by increasing their followers, posting more often, and/or paying to increase their presence.

Even conservatives are buying into the gotcha game, because society has become so sensationalized. It is similar to an addiction; the louder and cruder everyone becomes, the more we all become desensitized, so it escalates. The only way to get your voice heard is to be louder and more outrageous than everyone else, so people are saying ridiculous things and shaming others for doing so at an alarming level. Pretty soon almost everyone will have at least one “scandal” written about them on the Internet.

So how do we raise the level of discourse? By not being afraid to call out the cheap talk as drivel. Skip the rude personal attacks and stick to just labeling the garbage for what it is. It is not censorship of free speech to label it such; by using that twisted logic you could say that trying to shut someone up for labeling it as drivel is also censorship. Censorship of the First Amendment must involve the government in some manner, such as the government censoring a newspaper. A private party making critical comments does not invoke the First Amendment.

Would Ronald Reagan’s “Shining city on a hill” speech have become a legend today? Probably not. Instead, he would have been excoriated for advocating to put God back in the schools and denouncing Communism, out-of-wedlock births, government make-work programs and the welfare state.

It will not be easy to stop the sensationalism. It probably will require those with influence and charisma to set an example by focusing on the real issues while labeling everything else drivel. Otherwise, we will continue the slide into a nation of degenerates.