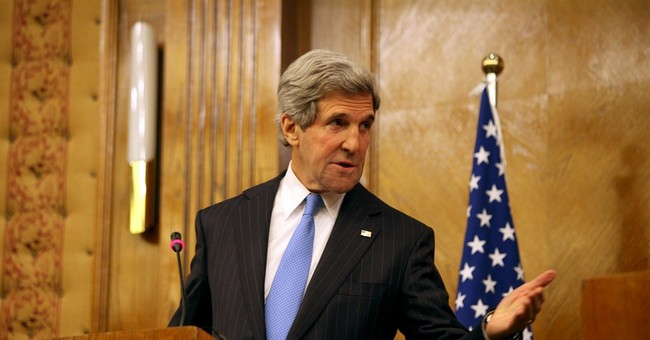 Syria has been at civil war for the past two years, raging between Sunni rebels and hardline President Bashar al-Assad's Shiite-controlled government. More than 70,000 Syrians have been killed since March 2011, with millions more displaced. Sen. Robert Menendez (D-NJ), Democratic chair of the Senate Foreign Relations Committee, offered legislation earlier this month to allow the U.S. to provide arms to the Syrian opposition. Menendez's legislation includes $250 million for transitioning the government.

The U.S. is already supplying the Syrian rebels with food and medicine. In April, the U.S. started providing the rebels with defensive equipment like body armor, night vision goggles and other military equipment. The U.S. and several Western and Arab countries are part of a pro-opposition “Friends of Syria bloc,” which is trying to broker peace in the country. Secretary of State John Kerry warned the Syrian government that if it does not negotiate in good faith during U.S. and Russian-brokered peace talks next month, the U.S. will increase its support to the rebels. Kerry has repeatedly said that Assad must go, "It is very, very clear as a starting point that mutual consent will never be given by any member of the broad opposition of Syria for Assad to continue to run that government,” he declared.

But some members of Congress are speaking up against the legislation, which essentially picks sides between two radical Islamist factions. Rep. Peter King (R-NY) argued on CNN, "Unfortunately, to a large extent, al Qaeda elements have a lot of control within the rebel movements. My concern is that, by arming the rebels, we could be strengthening al Qaeda." Iranian-backed militias and al Qaeda affiliates are likely infiltrating the rebel opposition, and the weapons could end up in their hands. After the U.S. intervened on behalf of insurgents in Libya in order to topple Muammar Gaddafi, al Qaeda gained a stronghold in the country, and there are now signs of al Qaeda everything, such as an al Qaeda flag flying above the central courthouse in Benghazi.

As bad as the Assad family is, it may be the lesser of two evils. The Assads have never launched chemical weapons against Israel during their 43 years of rule, a detente due to Israel's reputed nuclear arsenal. If the rebels take over, especially if al Qaeda has infiltrated them, they may not respect the detente. For the most part, Israel has remained out of the civil war, although it launched two missile attacks against the regime earlier this month. Syria is regarded by many as the last bastion of secular Arab nationalism, a lesser threat than regimes controlled by Islamic clerics through Sharia law.

Lebanese President Michel Suleiman, a Christian who has been able to curtail some of the turmoil in Lebanon since he took office in 2008, warned the political factions not to plunge the nation into sectarian discord. There are militant factions in several countries that are splitting up and taking sides. The Lebanese militia and Lebanon's Sunni Muslims mostly back Syria’s predominantly Sunni opposition, and are crossing the border to help the rebels fight Assad's government. Lebanon's Shiite Muslims support the Assad regime.

The militant Fatah movement, part of the PLO and based in Israel's West Bank, warns that if Assad is toppled, he may follow Kuwait's emir in 1991 and expel the rest of the Palestinian population out of revenge. Hamas, the militants who rule Gaza, back Assad. The fact that radical Islamic extremists are divided supporting either side is more evidence that choosing sides is not so clear cut.

Complicating things further, Russia opposes military intervention in Syria, and has criticized U.S. support of the rebels. There are reports that Russia is arming the Syrian government, and Israel is concerned these weapons could end up in Iranian hands or with Hezbollah, the Lebanese Shiite militia group that takes its orders from Shiite Iran. Hezbollah, a dominant political force in neighboring Lebanon, has been designated a terrorist organization by the U.S. Both Secretary of State John Kerry and Israeli Prime Minister Benjamin Netanyahu have protested the transfer of the Russian-made S-300 anti-aircraft defense system to the regime.

This is looking like another Kosovo, where it was not really clear which aggressor the U.S. should oppose, if any. While President Clinton tried to spin U.S. intervention though NATO as a success there, the feuding between Serbs and Albanians has continued since the interim government was set up after the Kosovo War ended in 1999. At least in Kosovo, there wasn't a concern of al Qaeda getting ahold of weapons and using them against us. Sixty-one percent of Americans polled by Reuters/Ipsos do not want the U.S. becoming militarily involved in Syria. Only ten percent favor intervention.

But the most intriguing part about the Obama administration's move to arm the Syrian rebels may be a connection to the terrorist attack in Benghazi last fall. Rep. Rand Paul (R-Ky.) is investigating whether the attack took place in retaliation for Ambassador Christopher Stevens allegedly shipping arms from Libyan extremists to the Syrian rebels to help them topple Assad. A source told Fox News the reason Stevens was in that dangerous part of Benghazi the fateful night of September 11th was to negotiate the weapons transfer, meeting with Turkish Consul General Ali Sait Akin just an hour before the assault began. Fox News confirmed that the Libyan flagged-ship Al Entisar appeared in a Turkish port 35 miles from the Syrian border five days before Stevens was killed.

If true, this would explain why the Obama administration tried to blame a video for the attack, and why it is now trying to gain Congressional support to send military weapons to the rebels. Sending weapons to the Syrian rebels without Congressional approval would appear to be another Iran-Contra type of scandal, angering both the right and the left. President Reagan's National Security Adviser John Poindexter and National Security Council staff member Oliver North were forced to resign over Iran-Contra, and several high-level Reagan officials were convicted of crimes. At least in Iran-Contra we were exchanging arms for hostages. What are we getting in return for sending arms to the Syrian rebels? It is dubious that it will benefit Israel. Should we really be giving the rebels our top technological equipment and arms? Considering how much the left likes to rail against the right, labeling us “neocons” who want the U.S. to act as the world's policeman, it sure is funny that Obama has aggressively sought out military action in Afghanistan and now Syria.