Ten New Reasons Why Obamacare Can Still Be Killed 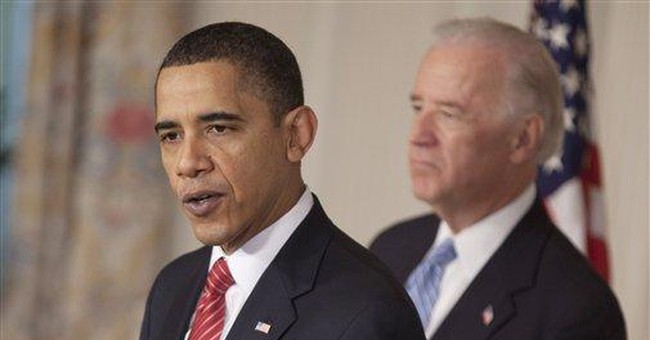 New reasons emerge almost daily as to why Obamacare can and must be defeated.

1. The American people oppose Obamacare by almost two to one in the latest CNN poll. Other polls show lopsided opposition to passing either the Senate or House health care bill.

Public opinion is against the bill because of its obscene costs in higher taxes, burdensome debt, anti-freedom mandates, rationing and reduced care for seniors. The American people have awakened to the fact that Obamacare is transformational legislation that will drag us against popular will into European-style socialism.

2. The Democrats' double-counting of Obamacare's financial benefits has been exposed as a colossal lie. Harry Reid told the Senate that his bill strengthens our future by both "cutting our towering national deficit by as much as $1.3 trillion over the next 20 years" AND "strengthening Medicare and extending its life by nearly a decade."

The Congressional Budget Office (CBO) refuted that assertion. CBO said the claim that Obamacare would provide these benefits simultaneously "would essentially double-count a large share of those savings and thus overstate the improvement in the government's fiscal position."

3. Obamacare is unconstitutional because of its mandate that all individuals must carry "approved" health insurance and all businesses must give health insurance to their employees whether or not the company can afford it. "Universal" coverage will be enforced by the Internal Revenue Service with power to punish those who don't have such a plan.

Constitutional lawyers point out that the Commerce Clause does not give Congress the authority to force Americans to buy health insurance as a condition of living in our country because personal health insurance is not "commerce." The CBO wrote that "a mandate requiring all individuals to purchase health insurance would be an unprecedented form of federal action"; the Supreme Court has never upheld any requirement that an individual must participate in economic activity.

4. Since the Senate bill imposes sharp limits on health-insurance companies' ability to raise fees or exclude coverage, it likely will force many of them out of business. Obamacare is unconstitutional because it violates the Bill of Rights protections against takings without just compensation and deprivation of property without due process of law.

5. Other Obamacare provisions blatantly legislate racial and other forms of discrimination. The U.S. Commission on Civil Rights sent two letters to the president and congressional leaders warning about the obnoxious requirements for racist and sexist quotas.

6. Obama's claim that "everybody" will now be covered creates few winners but lots of losers. Universal health insurance will be achieved by forcing young people to pay the additional costs (insurance for the youngest third of the population would rise by 35 percent), and by restricting and rationing care for the elderly.

7. According to Robert Samuelson in The Washington Post, the "wild card is immigration." From 1999 to 2008, 60 percent of the increase in the uninsured occurred among Hispanics, and Obama's refusal to close our borders will make this problem more costly every year.

8. Obamacare gives Medicare bureaucrats the power to ration health care by forcing doctors to prescribe cheaper medical devices and drugs. In the recent case of Hays v. Sebelius, the court ruled that Medicare doesn't have the right to make this rule, but Obamacare takes jurisdiction away from the courts to hear any appeal from decisions of the new Medicare Commission.

The "stick" applied to primary-care doctors is imposing financial penalties if they refer too many patients to specialists. The "carrot" is financial rewards to doctors who give up small practices and consolidate into larger medical groups or become salaried employees of hospitals or other large institutions.

9. The Senate bill contains at least a dozen of what can be described as bribes. Sen. Mary Landrieu received a $300 million increase in Medicaid funding for her state (known as the Second Louisiana Purchase), and a $100 million bribe to Sen. Ben Nelson gives Nebraska a permanent exemption from the costs of Medicaid expansion.

10. The Senate bill even has a four-page section artfully written to enable ACORN to get federal health care grants. This section describes grant recipients as "community and consumer-focused nonprofit groups" having "existing relationships ... with uninsured and underinsured consumers."