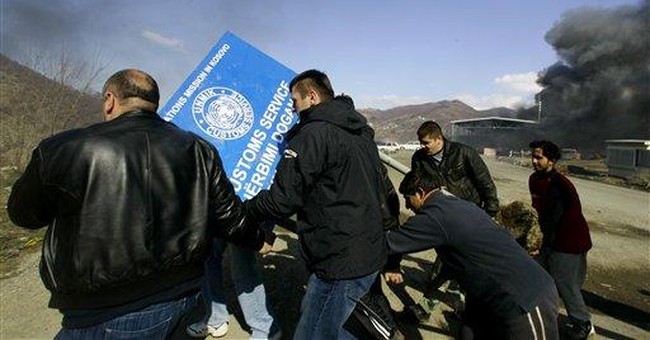 Why are Republicans in Congress trying to help Barack Obama?

Republicans allowed a bill that carries his name, among nine others, to pass the Senate Foreign Relations Committee by voice vote last week - without any hearings. That means there was no roll-call vote so no member can be held accountable. The same bill passed the House by voice vote last year.

The Obama bill passed out of committee with the cooperation of the co-sponsor, Sen. Richard Lugar, R-Ind. A Rhodes scholar like former President Bill Clinton, Lugar has never seen a United Nations enhancement he didn't like.

Obama's costly, dangerous and altogether bad bill (S. 2433), which could come up in the Senate any day, is called the Global Poverty Act. It would commit U.S. taxpayers to spend 0.7 percent of our Gross Domestic Product on foreign handouts, which is at least $30 billion over and above the exorbitant and wasted sums we already give away overseas.

The bipartisan bill would require the president "to develop and implement a comprehensive strategy to further the United States foreign policy objective of promoting the reduction of global poverty, the elimination of extreme global poverty, and the achievement of the Millennium Development Goal of reducing by one-half the proportion of people worldwide, between 1990 and 2015, who live on less than $1 per day."

We should be on guard any time politicians use the word "comprehensive," an umbrella word that always shades a lot of mischief. The notion that U.S. taxpayers should or could cut in half the number of people worldwide who live in poverty by 2015 is ridiculous.

The scariest phrase in the bill is "Millennium Development Goal." That refers to the declaration adopted by the United Nations Millennium Assembly and Summit in 2000 (blessed by President Bill Clinton) which called for the "eradication of poverty" by "redistribution (of) wealth and land," cancellation of "the debts of developing countries," and "a fair distribution of the earth's resources" (from the United States to the rest of the world, of course).

The Millennium project is monitored by Jeffrey D. Sachs, a Columbia University economist. In 2005 he presented then-U.N. Secretary General Kofi Annan with a 3,000-page report based on the research of 265 so-called poverty specialists.

Sachs says that the only way to force the United States to commit that much money is by a global tax, such as a tax on fossil fuels. Empowering the United Nations to impose a direct international tax on Americans has been a U.N. goal ever since the 1995 Copenhagen Summit embraced the so-called Tobin Tax.

By adopting the Millennium Goals in 2000, the U.N. escalated its demands to impose international taxes. Specifically, the Millennium called for a "currency transfer tax," a "tax on the rental value of land and natural resources," a "royalty on worldwide fossil energy projection - oil, natural gas, coal," "fees for the commercial use of the oceans, fees for airplane use of the skies, fees for use of the electromagnetic spectrum, fees on foreign exchange transactions, and a tax on the carbon content of fuels."

It doesn't bother U.N. sycophants that most U.S. handouts go into the hands of corrupt dictators who hate us and vote against us in the U.N., and that only 30 percent of American foreign aid ever reaches the poor. U.N. bureaucrats accuse the United States of being "stingy" in its handouts to underdeveloped countries.

There is much more to the Millennium Goals than merely extorting more money from U.S. taxpayers. The goals set forth a comprehensive plan to put the United States under U.N. global governance.

These goals include a "standing peace force" (i.e., a U.N. standing army), a "U.N. Arms register" of all small arms and light weapons, "peace education" covering "all levels from preschool through university," and "political control of the global economy." The goals call for implementing all U.N. treaties that the United States has never ratified, all of which set up U.N. monitoring committees to compromise U.S. sovereignty.

To achieve this level of control over U.S. domestic law, the plan calls for "strengthening the United Nations for the 21st century" by "eliminating" the veto and permanent membership in the Security Council. The goal is to reduce U.S. influence to one out of 192 nations, so we would have merely the same vote as Cuba.

The Global Poverty Act would be a giant step toward the Millennium Goals of global governance and international taxes on Americans. Tell your senators to kill this un-American bill.