Seeing Through the ProPublica Misdirection

Peter P. Copses
|
Posted: Jun 16, 2021 12:01 AM
Share   Tweet
The opinions expressed by columnists are their own and do not necessarily represent the views of Townhall.com. 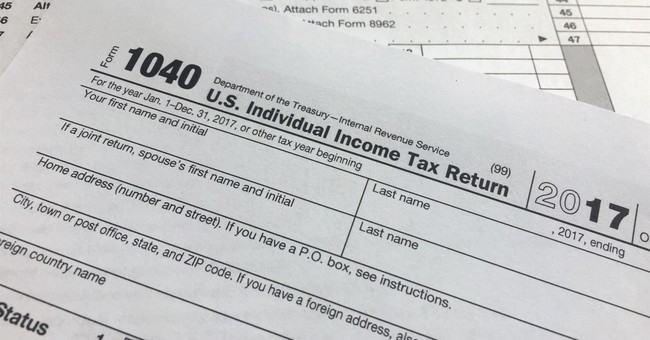 The recent ProPublica article claiming new insights into how the wealthy pay little or no income taxes has generated predictable, but uninformed, outrage among those who seek to make the rich pay their so-called “fair share.” But the ProPublica analysis contains logic errors and ignores important concepts built into the tax code.

ProPublica disingenuously compares current taxes paid to income that includes unrealized gains without considering the fact that eventually those gains will be taxed.

There is a difference between deferring taxes and eliminating taxes. A more honest analysis would factor in the present value of the taxes that will eventually be paid.  If an individual has accumulated wealth, either he will sell the assets before he dies, in which case he will pay a capital gains tax, or he will die owning the assets in which case he will pay the estate tax, currently 40 percent of the asset’s value. The present value of these taxes has to be included in the numerator of the tax rate calculation if the increase in wealth is included in the denominator.

ProPublica would doubtless counter that these gains are never taxed because of “loopholes” available to the rich such as the arcane step-up in basis at death or charitable giving. Those arguments are specious.

To see this, consider an entrepreneur who founded a business that now has a value of $1 billion. His tax basis is likely close to zero, and if he dies not having sold a share, he will owe a $400 million estate tax (for simplicity, this ignores the $11.7 million exemption, since it is immaterial to the billionaires that ProPublica despises).  His heirs should inherit assets with a cost basis of $1 billion because, by paying the estate tax, the entrepreneur has already paid the government its pound of flesh for the increase in value from $0 to $1 billion.  Without the step-up in basis or by triggering unrealized gains at death, the $1 billion gain would be taxed at 23.8 percent (ignoring state income taxes, which tax-the-rich crusaders always do) and the gross value of the asset would be taxed at 40 percent resulting in a total tax burden of 63.8 percent. (If the tax on the gain is allowed to be credited in computing the estate tax, this burden would be 54.3 percent.)  Most reasonable people would concede that 40 percent of gross assets is more than a “fair share” for anyone to have to pay at death, and that 63.8 percent is excessive. Taxing capital gains at death or eliminating the step-up in basis while continuing to impose the estate tax is double dipping.

It is true that an individual can avoid the estate tax by giving away his wealth to a charitable foundation.  But this is hardly scandalous—after all, to avoid the tax the taxpayer actually has to give away billions!  In doing so, he is not funding luxurious lifestyles for undeserving heirs, he is making a very rational choice that a private foundation will accomplish more with those assets than a wasteful federal government.

What about ProPublica’s complaint that it is unfair for capital gains to be taxed at a lower rate than the wages paid by normal people?  This is a nice sound bite, but it is also disingenuous. The tax on capital gains is asymmetrical—it is based on a “heads the government wins, and tails you lose” proposition. If a taxpayer makes a successful capital investment, he pays tax on the gain, but if it is unsuccessful, he can only deduct the loss against other gains. Furthermore, the longer an asset is held, the larger the component of the gain that is just inflation rather than any real increase in value. For these two good reasons, the tax on capital gains is lower than on ordinary income.  If the Progressives had their way, the tax rate on gains would be 43.8 percent (actually, over 50 percent if the average state income tax rate is included) and the tax benefit on losses would be 0 percent.  Rational investors would risk less capital under such a regime. That would be a net negative for everyone.

ProPublica claims that the features of the tax code of which it disapproves are not available to ordinary people, but that is also not true. Jeff Bezos was born a very ordinary person as are most entrepreneurs who create tremendous value for others while accumulating enormous wealth for themselves.  We should want to live in a society that encourages this. Could you imagine a world with no Amazon, no iPhone, and, yes, even no Twitter? Some will argue that entrepreneurs are motivated by passion not tax rates and these innovations would have been created anyway. That is wishful thinking. While entrepreneurs have a variety of motivations, the investors who finance them care only about after-tax return. ProPublica’s argument that these tax techniques are not available to normal people simply reflect jealousy that not everyone has the talent to create value like Bezos.

There is nothing stopping any American from founding the next Amazon, becoming a billionaire and deferring taxes on the value he creates until he makes a killing selling his company or he dies.  I hope it always stays that way.