Income Taxes: A Pox on Democracy 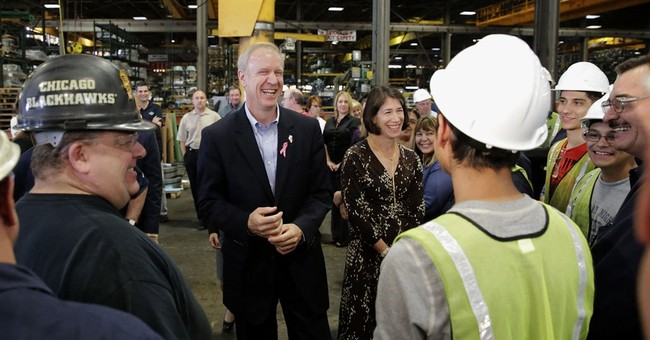 Politicians have manipulated the income tax to salve voter angst about fairness but in the process are destroying the work ethic and corrupting public judgement about the appropriate limits of government.

Liberals habitually derided the wealthy for gorging on an unfair share of the nation’s bounty but thanks to the IRS, it’s simply not so.

The top fifth earn about 51 percent of income but pay 84 percent of the taxes. Whereas, the bottom two fifths don’t contribute to the federal coffers and actually get money back, because President Obama has used the tax code to redistribute income to lower and middle-income Americans.

Add in food stamps, Obamacare subsidies and more generous deductions for mortgage interest and state taxes for lower and middle income filers, and most folks are getting far more out of government programs than they are paying. And they are incentivized to vote for more of the same.

A recent CNN poll indicates 59 percent of Americans want the next president to have substantial executive experience, and nearly as many, 57 percent, want a candidate who would change most of Obama’s policies.

The latter is not surprising. Most Americans find Obamacare terribly complex and frustrating.

Hillary Clinton is an experienced government executive but could hardly be expected to roll back the Affordable Care Act—unless it entailed imposing an alternative modeled after the paternalistic British Health Service. Yet, she polls quite strongly against likely Republican candidates.

Simply, too many Americans have become so dependent on the present system of government largess that they cannot vote against continuing it.

Recently, the Wall Street Journal highlighted a Los Angeles janitor supporting a family of four on $30,000 a year, who relies on the $6000 the Earned Income Tax Credit he receives each spring to catch up on his bills.

His employer leans on it too. It simply would not be able to get responsible workers for so little money without the EITC, food stamps and other benefits to subsidize the pay. The same applies to much maligned McDonald’s and Walmart.

Moreover, those benefits discourage second earners in families, because those phase out as incomes rise, making the income lost for each additional dollar earned much greater than the 15 or 25 percent income tax rate levied on low and middle income households.

As many jobs in manufacturing and construction, which paid men quite good wages, have disappeared, too many have failed to make the transitions as effectively as women into other well-paying and expanding activities, for example, in health care.

Many of the 7 million men ages 25 to 54, neither working nor seeking jobs, find it easier to collect government benefits and rely on wives and girlfriends than take up the responsibility of earning a living.

Just as many deductions, credits and exemptions in the corporate income tax code encourage businesses to game that system or move factories abroad rather than invest in new products and jobs, the combination of cash back on taxes and government benefits discourages too many men from acquiring marketable skills and leading productive lives

It would be better to just junk the whole corporate and personal income tax system, impose a national sales tax and award parents a fixed stipend for each child under 18 or attending college. If Congress repealed Obamacare, the tax rate could be lowered or the stipend for raising children increased substantially.

That would create an interesting campaign dynamic. Liberals running on platforms to offer Americans more free stuff would have to explain why those are worth raising the national sales tax or cutting payments for children.