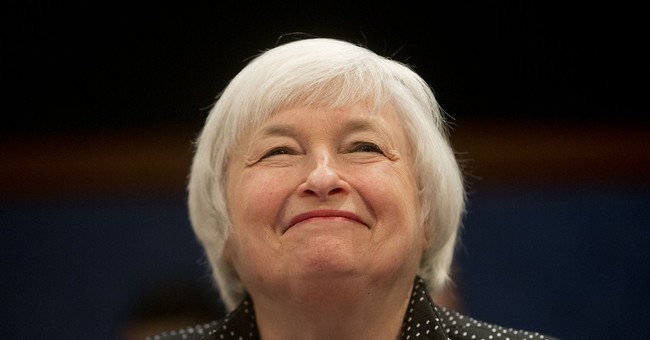 The Federal Reserve economic policy committee meets next week to consider whether to open the door to raising interest rates in June. Falling unemployment favors higher rates but weighing in the opposite direction, inflation remains well below the Fed target of 2 percent.

More importantly, other factors could persuade policymakers to remain a bit more patient on interest rate policy than many on Wall Street or Main Street expect.

Here are four issues to consider.

1. Growth Is Not All that Robust

After a cold and sluggish winter, many forecasters see growth rising this spring and summer. Wells Fargo, for example, forecasts second and third quarter GDP to advance at about a 3.0 percent pace but that is hardly reason to celebrate.

Throughout the five plus year recovery, growth has accelerated briefly only to fall back on a slower path. Average growth has been only 2.3 percent, whereas President Reagan’s recovery, coming after a deep recession with unemployment similar in magnitude to the financial crisis, accomplished 4.7 percent average growth.

The headline unemployment rate, which only focuses on adults in jobs or actively seeking employment, is 5.5 percent but the labor market still has a lot of slack.

Record numbers of adults between the ages of 25 and 54—generally beyond college age and too young to retire—are sitting on the sidelines. Were the same percentage of adults looking for work today as when President Obama took office, unemployment would be 9.7 percent.

Many college graduates who entered the labor force in the years following the financial crisis are underemployed—working as Starbucks baristas and in similar positions that do not require the special skills higher education imparts. With stronger growth, they could move on to professional careers and free up opportunities for workers with less education.

3. Inflation Is Likely to Remain Subdued

A lot has been made of the contribution of falling oil prices to low inflation, but the dominant factor keeping prices down at home and abroad is too much supply and not enough demand.

Over the last year, U.S. productivity has not advanced and outside of manufacturing, it has actually fallen. Given that advances in computer technology, software and other innovations increase potential productivity each year, this situation tells us a lot of restaurants, dry cleaners and alas colleges and universities have a great deal of underutilized capacity that could easily accommodate more customers without raising prices. If they got more traffic, they would be able to spread overhead and employee costs over a wider base, lowering unit costs and increasing profit margins without increasing what customers pay.

Growth in the Eurozone will likely be in the range of 1 to 1.5 percent and too meager to improve conditions enough in its troubled Mediterranean economies. Growth remains sluggish in Japan, and China continues to face economic reform challenges and slowing growth. Consequently, the European Central Bank and monetary authorities in Japan and China are printing a lot of money.

Those factors drive up the value of the dollar against the euro, yen and yuan, curtail U.S. exports and boost imports. The U.S. trade deficit on non-oil goods and services will continue to rise, putting considerable downward pressure on U.S. manufacturing and construction employment.

Simply, it’s tough for the Fed to raise rates too much, if at all, when the other major central banks are going in the opposite direction and the dollar so strong.

When the Fed policy committee meets again this June, it will likely see a U.S. economy doing decently against the backdrop of sluggish growth abroad, continuing labor market slack and low inflation. Pressures will remain strong to simply punt a decision on raising rates to later this summer or fall.