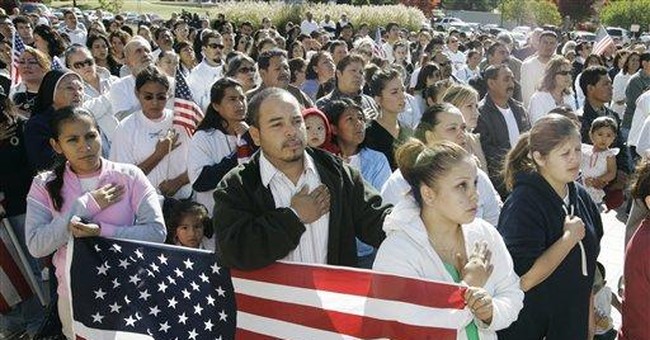 The United States Border Patrol cannot seem to catch a break. Border Patrol agents have to guard both the US-Canadian Border and the nearly 2,000-mile-long US-Mexico Border, the most frequently crossed international border in the world. Traffic across the southern border is both legal and illegal, and the illegal activity is not just men and women trying to enter the US to earn a better living, albeit by breaking the law. It is also violent drug cartels, whose influence, corruption, and murders in border towns like Tijuana and Ciudad Juarez has spiked recently. THE LOS ANGELES TIMES ran an article in mid-February noting that tourism in Tijuana has decreased 90% since 2005 as drug violence has soared. Late last week the police chief of the Mexican City of Palomas showed up at a border entry point in New Mexico asking for political asylum in the US to escape the drug violence in his town, where four people recently were shot to death and his two officers had fled.

The Border Patrol is severely understaffed to deal with the vast networks of the drug cartels, let alone to staunch the flow of illegal immigrants and properly to man legal checkpoints. President George W. Bush recognized this problem in 2006 and implemented a plan to increase the number of Border Patrol agents from 12,000 to 18,000 by the end of 2008. Six thousand new agents is a large number to recruit and train in the span of two years. As should have been expected, the Border Patrol has had to reduce its qualifications for the job in order to meet the new numbers.

The Border Patrol has made three significant changes in order to meet the new requirements and put more boots on the ground. It no longer requires a high school diploma or GED (the equivalent of a high school diploma) for entrance. The only qualifications for the job are that one be under 40, a US citizen, be able to learn Spanish, possess a driver's license, and pass through several background and medical checks. After application, candidates have to take tests in law, firearms, Spanish, physical training and driving, but the Border Patrol has lowered the score necessary to pass from 85% to 70%. It also has condensed the standard 88 days of basic training to 55 days.

All of this raises the question of whether it was wise for President Bush to push for 6,000 more agents in such a short time frame. By October 1, more than one-third of all Border Patrol agents will have less than two years of experience. Do more agents mean we will have better security at the border? Probably not. If the requirements for who is allowed to serve as a Border Patrol agent and the length of their training are drastically reduced, what we may soon have is a force with a significant number of incompetent, inadequately-trained agents.

This is particularly galling in light of the increased drug activity at the Mexican Border. Drug cartels are serious, dangerous businesses, and the Federal Government has a responsibility to properly train the agents it sends into the field. Instead, the Federal Government is essentially telling new recruits to learn on the job; if they cannot do so they are expendable.

What a disaster. There is no doubt we need more Border Patrol agents. But we need more agents with proper qualifications who can pass all their tests with at least an 85% score and who spend at least three months training for their new role. Lowering standards so drastically is not the answer to our problems on the Southern Border. I don't know about you, but I would much rather have agents who can shoot with 85% accuracy than 70%.