Another Argument for Term Limits . . . Convicted

Paul Jacob
|
Posted: May 14, 2017 12:01 AM
Share   Tweet
The opinions expressed by columnists are their own and do not necessarily represent the views of Townhall.com. 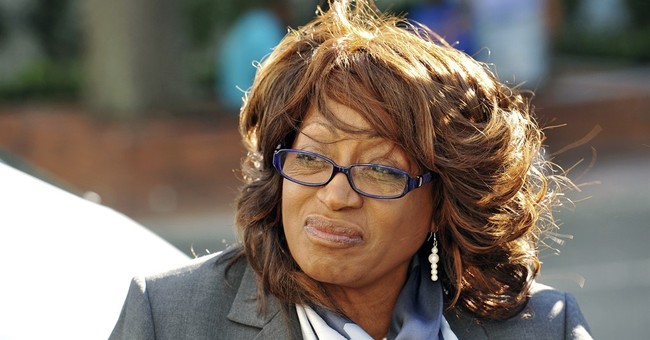 It has been said that there should be a two-term limit for Congress: One in office, the next in jail.

Indeed, that arraignment — er, arrangement — would have served voters far better than allowing Congresswoman Corrine Brown to fleece Florida and the nation for nearly a quarter of a century: twelve terms in Congress. Brown lost the seat for a 13th two-year lease in last year’s August primary, but only after being indicted a month earlier on 24 felony counts of fraud and obstruction.

Rep. Brown was one of only five incumbent members of Congress — including both Democrats and Republicans — to lose a party primary contest in 2016. Incumbents were defeated in an infinitesimal 1.3 percent of their races.

And consider: Two of the five defeated incumbents, 40 percent, were indicted on felony fraud charges prior to their loss. (U.S. Rep. Chaka Fattah (D-Penn.) is the other inductee — er, I mean, indictee.) One of the five was defeated by another incumbent; they faced each other due to a redistricting adjustment. Another one of the five chose to switch districts, because a redistricting change altered the GOP-leaning district he had been “representing” more in favor of the Democrats.

In fact, Rep. Corrine Brown lost last August by 48 to 39 percent in a Florida district that was redistricted to contain only 38 percent of her previous district — meaning 62 percent were voters for whom she was not really the incumbent. Had her previous district remained intact, would she have prevailed, even facing all those felony charges?

All of which leaves one and only one incumbent, who wasn’t either under indictment on numerous felonies involving corruption and/or outside his or her “incumbent district,” that was defeated in all 435 congressional primaries in 2016.

That is dominance. And despite the fact that no one even likes these blowhards.

Back to Rep. Brown, her double-digit indictments spring from a fountain — er, foundation — which she and her congressional Chief of Staff set up to purportedly provide scholarships to help underprivileged young people go to college. It was called the One Door for Education Foundation . . . allegedly the back door. Federal prosecutors dubbed it a “personal slush fund.”

In indicting Congresswoman Brown and her Chief of Staff Elias “Ronnie” Simmons, the federal government alleged they “used the vast majority of One Door donations for their personal and professional benefit, including tens of thousands of dollars in cash deposits that Simmons made to Brown’s personal bank accounts.”

Brown hit back against the FBI, arguing that had the G-men not been investigating her, they could have stopped the Orlando massacre at The Pulse nightclub. “These are the same agents that was not able to do a thorough investigation of [shooter Omar Mateen], and we ended up with 50 people dead,” Brown screeched at reporters. Her attorney added, “Perhaps had [the FBI] chosen to devote its resources more thoughtfully, 50 innocent people would be alive today.”

The congresswoman also suggested the indictment was racially motivated. “Last week was very rough,” she told supporters. “Two black men were needlessly gunned down by police; five Dallas police officers were slain by a demented man, and on Friday I had to appear in federal court. . . . Yet my conscience is clear because I’m innocent. I’m not the first black elected official to be persecuted and, sad to say, I won’t be the last.”

Conversely, Simmons pled guilty and testified against Brown, now a former U.S. representative. So did Carla Wiley, who had been president of One Door.

Last week, Brown “listened in stunned silence as the verdicts were read,” reported News 4 in Jacksonville, Florida, and she “was convicted of conspiracy, five counts of mail fraud, seven counts of wire fraud, one count of scheme to conceal material facts, one count of obstruction of IRS laws and three tax fraud charges. She was found not guilty of two mail fraud counts and two wire fraud counts.”

U.S. Term Limits was quick to put it in perspective: “Term limits would deprive Congress members of the decades in Washington they need to build power and monetize their offices. It would restore a citizen legislature where people come to Washington for a short time before returning to live as private citizens.”

The group added that Rep. Corrine Brown unsurprisingly voted against a constitutional amendment to impose such limits.

Awaiting sentencing, Brown continues to claim her innocence. But the 70-year old former congresswoman now faces a possible sentence of 277 years in prison and hundreds of thousands in restitution and likely fines.

Rather than this current model of a quarter century spent wreaking havoc as a scheming, fraudulent congressperson, to be followed by more than a quarter millennia served in federal prison, we can improve. One term in Congress, followed by one term of equal duration in prison, would be better.