The Citizens Are in Session 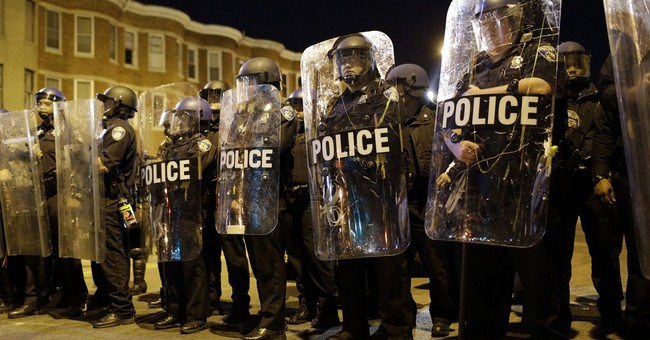 The Missouri General Assembly ended its 2015 legislative session about a month ago. This is the state body designed to represent people in towns like Ferguson, which recently convulsed with conflict — protests, rioting — over the shooting of an unarmed (but, we found out, quite aggressive) young black man by a white policeman.

So what did the state politicians do about the situation?

Well, the assembly adjourned “having passed,” The Washington Post reported, “virtually none of the changes activists sought in the aftermath of the shooting of Michael Brown.”

The Post story concluded, “Advocates plan to use the results of a state commission on Ferguson, expected to wrap up its work in the coming months, to engage lawmakers during the summer and work with them on pre-filing bills for the next session.”

Denise Lieberman, a senior attorney for the Advancement Project and co-chair of the Don’t Shoot Coalition, conceded that, “Long-term policy change takes time.”

Well, we do know government grinds its mill slowly. Though not always “exceedingly fine.” Often, legislatures merely bog everything down by screwing everything up.

But do we have to wait for government . . . to do the wrong thing?

Ferguson police already had body cameras when Michael Brown was shot. They just weren’t using them. Now the cameras are being used, but that use could stop at any time — it isn’t legally mandated without the ballot measure. The measure also spells out the rules for police use of the cameras and public access to the video.

Liberty Initiative Fund, where I work as president, is proud to have provided the Ferguson group with model language for the measure, which is now called “The Public Video Recording Accountability Amendment To The Ferguson City Charter.” We’ll also work with Kasoff on gathering the roughly 2,500 signatures of Ferguson voters on petitions required to place the issue on the ballot and win at the ballot box early next year.

And what we’ll be telling the people is that there is hope. Why? Well, the case for police body cameras is fairly clear-cut. Studies show a statistically significant drop in complaints against police as well as in incidents of violence with camera use.

There is something else, too. What was lacking in Ferguson, immediately after the Brown shooting, was information — reliable information. What the people had? Hearsay: the officer’s word, and some bystanders’ testimony, much of it contradictory. Some of it had to be (and turned out to be) deceitful. But the people of Ferguson didn’t really know who to trust.

So many people went on suspicion.

There had been plenty of built-up resentment in the town, after years of more-than-questionable city practice. Ferguson police engaged in a kind of shakedown operation, harassing the people, particularly poor people — especially dark-skinned people — for petty infractions, engaging in repeated stops, searches, etc. The city had the highest revenue based on court fees and fines in the state, twice as high as the nearest municipal competitor. No wonder the targets of this shakedown system disbelieved the police account.

It got ugly. And criminal. A lot of people from around the country poured onto Ferguson streets to protest, some to agitate, and a few to steal and cause mayhem.

And the rule of law broke down.

Because of lack of information.

The police themselves gave out contradictory updates and releases, haplessly making the matter worse.

It all could have been avoided had the police only been wearing lapel cameras, and had the officer who confronted Mr. Brown had his turned on.

And he could have, had the police department and city government cared more for the rule of law than the operation of their shakedown scam. The department even had the technology in inventory, but had never bothered to implement it fully and consistently. The officer was not to blame. The city government was.

Police cams can work if they are on officer lapels and if they are recording and if the videos are stored and managed and accessed in a reliable and secure way. The Ferguson initiative measure would address all this, taking the recording of police-citizen interactions out of the hands of opaque and lax police department “procedure” and make it law. Transparent.

Police cams provide information. They allow citizens to get that information when they need it, and — perhaps more importantly, in the end — courts to get it, too. This means that both citizens and police can rely on this new and impartial record.

So I trust Ferguson voters will sign the petition and enact the measure. And begin to take back their government. Committing to a rule of law. To public information, not gossip and whispers and shouts . . . that too often lead to the breakdown of the peace.

Yes, the first step to dissolving bitter discord in Ferguson and elsewhere is a decent, police-friendly, citizen-friendly bit of technology, courtesy of the people themselves. Using the citizen initiative.