Too Few Politicians in California? 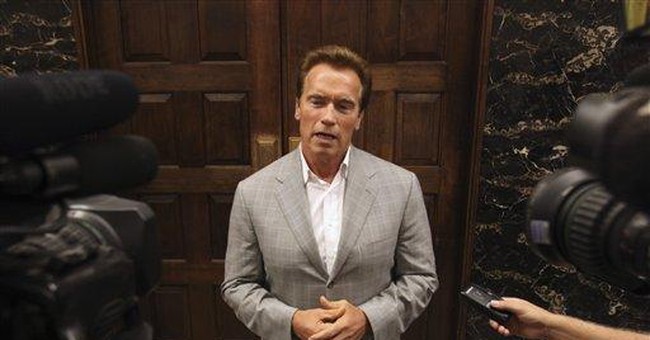 Everybody knows that something really bad is happening to the state government of California. The state quickly stumbles towards insolvency. When a government cannot pay its bills, then something people have been taught to trust becomes untrustworthy. Inescapably untrustworthy. And that’s about as bad as it gets, short of thugs taking control and setting up an old-fashioned tyranny.

A lot of politicians and insiders and hangers-on have blamed democracy for all this. They claim it’s the voters’ fault. The “usual suspects” get rounded up at every blow of the whistle, with the efficiency of Claude Rains’s Captain Renault.

The usual suspects are innocent:

Don’t blame initiative and referendum. Those few initiatives that have required that certain moneys be spent, have required only a drop in the bucket of the state’s deficit spending. Legislators in Sacramento, not voters at the ballot box, are the big spenders.

As Professor John G. Matsusaka (University of Southern California), president of the Initiative and Referendum Institute, noted in a 2003 analysis of the impact of the California initiative process on state government budgeting, “[w]ithout Prop. 98, only 2 percent of the budget is locked in by initiatives, a small number in anyone’s book.”

On the other hand, Proposition 98, passed in 1988, sets a minimum level of state government spending on K-14 education. Initiative opponents have jumped on this mandated spending as a sign of profligate voter behavior. But as Matsusaka points out, most of the money “committed to education by Prop. 98 would have been appropriated even without the initiative.” Unless legislators were looking to lower education funding below levels common for the last 20 years, Prop 98 has actually had little if any effect on education spending.

Don’t blame term limits, either. This frequent charge is ludicrous on its face. California politicians have been flirting with over-spending for a very long time. The usual complaint about the allegedly deleterious effects of term limits on legislatures is a lack of institutional memory. But no one really thinks that the more institutional memory in a legislature the less the legislature spends. The reverse can be expected: The longer a politician stays in office, the more spending he or she calls for. This has been demonstrated at state and federal levels for the last century.

And if you think Proposition 13 is to blame, in particular (a common charge amongst politicians who envy homeowners’ last droplets of savings), the evidence has been pretty clear on this matter, too. (I spoke about it on my Common Sense radio show not long ago.) No way, José.

So, in the California debacle, who stands in front of the wounded state holding a smoking gun?

Well, aside from the courts allowing government to work far beyond its rightful limits, the culprit seems clear. The politicians in Sacramento can’t prioritize spending, can’t balance budgets, can’t distinguish the public interest from the private interests who petition them.

But why? Because they themselves have too much power.

Too much voting power, in particular.

And the best way to solve that is by increasing the size of the legislature. Double it. Triple it. Or more.

How would this help?

Very simply. The fewer voters who decide a political outcome, the more likely any voter is to change that outcome. This means more power to the voter.

Representatives in a political body aren’t any different. The more of them, the less power each one has. And the less power they each have, the less likely they are to be tempted (and plied) to do “the wrong thing.”

California’s legislative districts are huge, dwarfing those in most other states. The ratio of voter to Assembly rep is over 455,000 to one. The ratio per voter to state senator is over 900,000 to one. No other state is so completely out of whack. Only Texas has as alarmingly high ratio, and that’s for the traditionally less democratic upper house; the state’s voter-to-lower-house ratio is nearly a third that of California’s. So what is necessary is a switch in the weight of numbers. There needs to be a greater number of representatives, so that each one’s individual vote each mean less and the individual votes of his or her constituents mean more.

The cure for broken democracy in California is more democracy, not less. It’s not magic. It’s not just Capra-esque ideology that tells us to favor citizen input. It’s a practical, common-sense understanding of the incentives of the participants.

For a state of the union to default on its debts is, well, dreadful. Californians must wake up, take charge. The best way to do this, I’m convinced, is to re-balance an unbalanced system. Rebalance the representation, and maybe the books will balance easier, too.