The next crisis, the next choice 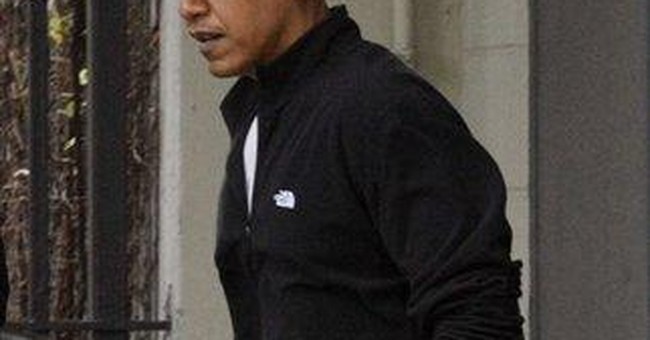 The federal government has been lurching towards metastatic growth for some time. If recent bailouts provide any indication, that trend is set to continue. Barack Obama? Majority Democrats? Minority Republicans? Doesn’t matter. None have demonstrated a willingness to constrain growth.

They can’t even balance budgets.

The real question is not “do our current politicians want government to expand?” (they pretty much do), but “what happens when they can no longer expand government like they want?”

To answer that question, we may have to look to Hawaii.

What? Well, let me start again.

The problem of controlling government growth proves difficult enough at the state level — at the federal level it becomes much worse.

Politicians continually entice voters — especially as members of identifiable interest groups — to demand ever more government. Politicians do this because increased government activity is something they hope to use to leverage interest groups into supporting their re-election bids. And each increase in government appears as a political “success.”

A politician looks good when “his” or “her” program gets enacted . . . to help seniors, or “the middle class,” or “local business,” or “the children.”

The issues keep rotating, the better to ratchet up government growth at each turn.

But this process cannot simply go on forever. Even with the Federal Reserve in the federal government’s corner, inflating the money supply to exact a hidden tax, limits nevertheless exist to continual debt expansion. The government, increasingly, finds itself in a position very similar to that of a habitual credit card abuser.

At some point, maintaining the debt can no longer be budgeted in. And at that day of reckoning, something must be done.

But what? Democrats have been itching to raise taxes for some time. But will they see the danger in that course? Will they dare to do something more imaginative, more responsible?

Well, the state of Hawaii may provide a clue. Last year politicians in that state voted in a much-ballyhooed universal health insurance plan for children. It started up as a going concern eight months ago.

Then two “unexpected” things happened. Like most government benefit programs, this one, too, encouraged overuse. Parents who had been paying for health insurance for their kids saw a way to save money, dropping out-of-pocket coverage in favor of state-supported coverage. The drain on the coffers bounded over the predictions made by the system’s advocates.

And then the economy took a nosedive. Revenues went down.

So the state’s politicians blinked, argued, and . . . nixed the program.

This pattern may be repeated at the national level. Certainly we can expect a slew of shiny new programs of a quasi-socialistic nature. I mean, who won the election? Look at what he and they promised. Look at their histories.

But, hope alone cannot trump the limits of finance. We can expect those programs to cost more than predicted. And deliver less.

And, during a financial crunch, making the unsustainable even less so.

Hawaii is blessed with divided government: Both houses of the legislative branch are dominated by Democrats, but the governorship is held by a Republican, Linda Lingle. And it was she who, in news reports, received most of the honor (or blame) for cutting the too-expensive services.

Can we expect the incoming administration and the new, slightly shuffled batch of federal representatives — united under one party — to do that decent and rational thing?

Well, let me tell you, I never thought I’d be saying this, but I’m hoping that federal-level Democratic politicians are as responsible and clear-sighted as Hawaii’s divided partisans.

Talk about the audacity of hope.