Paul Greenberg
|
Posted: Oct 28, 2016 12:01 AM
Share   Tweet
The opinions expressed by columnists are their own and do not necessarily represent the views of Townhall.com. 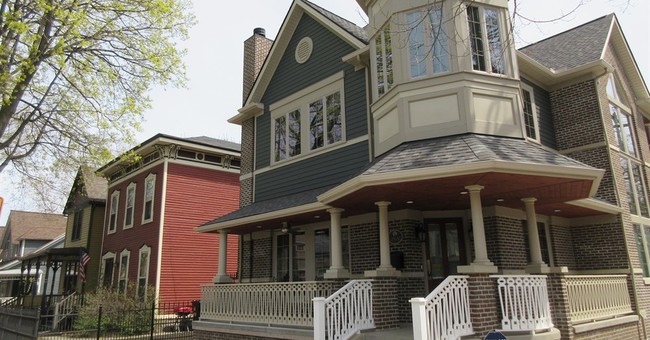 Back when the prudes of another century were being badmouthed by a generation on the verge of sexual liberation, they were dismissed as a wave of the past. Queen Victoria, whose long reign gave her name to a whole era, looked at the unwholesome spectacle unfolding around her and pronounced: "We are not amused."

Nor should she have been. Any more than Elizabeth II should be amused by the carryings-on of her family, good German hausfrau she long has been. When respectability is no longer respectable, all lose their bearings and genuine sentiment is replaced by only sentimentality. It is not a step up.

Yet today a new Victorianism dawns in the form of ideology. Political correctness now has proliferated to the point where trigger warnings and other attempts to protect the already over-protected young abound. As if the whole object of political and social activity were to not be active at all, but rather to seek safe places where none are really available, like the world.

In this sad era, men who don't confine their locker-room talk to the locker room are rightfully exposed and condemned. Cases in point: Donald Trump and Bill Clinton, brothers under the skin when it comes to their absence of simple good taste. No gentlemen they, as every new tweet reveals. The Big Creep, as Monica Lewinsky once tagged him, now campaigns alongside a newer model one. Who needs 'em except those who keep track of new lows in American behavior, and last time Yr. Faithful Observer was already deep into the minus numbers.

While technology has moved forward with relentless speed, the uses to which it's been put have grown more and more dubious. Indeed, the pace of spiritually empty post-postmodernism has been enough to put in doubt any theory of evolution. On the contrary, the de-evolution of American men becomes more and more pronounced. So does the hypocrisy of the formerly gentle sex, many of whose members complain about being harassed even while dressing and acting like streetwalkers.

The phenomenon has been called defining deviancy down, and the diagnosis fits. It's not that we're entering some new dark age but rather one so bright, so Trumped up that the tawdriness of it shines like a sign above the big tent at a carnival, or plastered all over one of the joints in New Orleans' shrunken French Quarter: GIRLS! GIRLS! GIRLS!

If you seek a monument to this mixed-up age, just look around -- at fashion, politics or young people you might be passing in the street, or more likely, who are passing you, too busy peering into their iPhones to notice where either you or they are going.

Granted, some things don't change, like the tendency of old-timers like me to condemn a whole generation unjustly. See this column as a prize example of that bad habit. Consider this a guilty plea and a decision to throw myself on the mercy of the court.

But in mitigation, please note that what changes tends to attract our fickle attention, not what stays the same. And who would want to live in a world that never changes anyway except a few old fuddy-duddies like myself?

It's not that the world has turned upside down, but more sideways, like a familiar painting hung slant-wise on the wall. The times seem not so much out of step but in step with some of our most dubious impulses. What blurb would a perverse reviewer give them? Powerfully emetic! Every act worth ignoring! Something definitely not to tell your children about! And so fitfully on. Strength. We'll all need it.