The People vs. Power

Paul Greenberg
|
Posted: May 28, 2016 12:01 AM
Share   Tweet
The opinions expressed by columnists are their own and do not necessarily represent the views of Townhall.com. 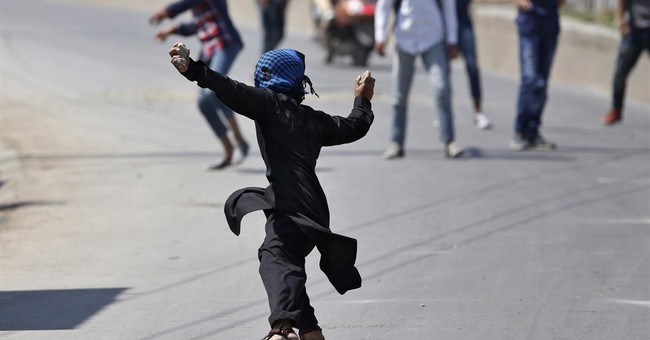 As the Turkish regime slips further and further into becoming just another Muslim autocracy, a few lines from Bertolt Brecht's "The Solution" keep coming back:

After the uprising of the 17th June

The Secretary of the Writers Union

Had leaflets distributed in the Stalinallee

Stating that the people

Had forfeited the confidence of the government

And could win it back only

Would it not be easier

In that case for the government

To dissolve the people

Not since the 19th century has the American dream seemed so palpable and attractive compared to the delusions of European power-players, and the strength of this country so undeniable. What is the basis of that strength? It is a history that in the end unites rather than divides us all. To quote R.R. Reno in the well-named journal First Things:

"It is not our wealth nor military power, nor is it an 'idea.' Our most valuable inheritance is what Abraham Lincoln called 'the mythic chords of memory.' They're open and capacious memories running from Bunker Hill to Ellis Island, from Pickett's charge to the Edmund Pettus Bridge. They're triumphant memories, but anguished ones, too. Some evoke pride, others regret -- like life itself. We need to return to these memories. They possess a power of solidarity that can bind us together." For what else is a myth but a truth beyond mere fact?

It's hard to take the Democrats any more seriously than the Republicans this year, but as the late great Adlai Stevenson reminded us: "The Democratic Party has survived the Federalists, the Whigs and all manner of less enduring parties because by and large it has clung to the broad concept of a people's party. I hope it will not become just a labor party, or a farmer's party, or a minorities party, or a small business party, or reflect predominantly the views and economic interests of any group in our society. When it does, it will fail in its historic mission as a means to an end -- as a mechanism for the expression of general opinion and for the development of public policy for the attainment of the basic program of a truly democratic society -- the always imperfect but ever expanding well-being and freedom of all the people." No wonder some of us, Republicans and Democrats alike, were Madly for Adlai way back in 1952. Just to remember him is to feel blessed. For he was a thinker who actually thought and not just postured.

But in these times when pols like Donald Trump and Hillary Clinton may dominate the headlines, perspective is all too easily lost, if only momentarily. America's greatness and variety, its perpetual newness and variety, its bedrock of faith, hope and charity is all too easy to forget. Yet it is always there, rising above the cloud banks of cheap and easy rhetoric like the Rockies above the fruited plain. Never fear: Hope will yet defeat despair, and reason lunacy. As we all remain, well, Americans -- and would we choose to be anything else?