Before and After: A Security Failure All Around 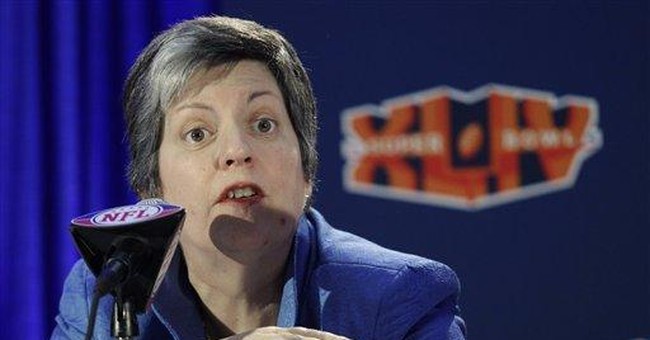 It wasn't just that the whole national security system -- you know, the one the secretary of Homeland Security said had worked -- didn't.

As it turned out, the whole elaborate apparatus was unable to keep a clear and ticking danger off an American airliner Christmas Day -- despite an abundance of warning signs.

That wasn't just the conclusion of the opposition, but of the president.

It took him days to say so, but he did admit it, finally speaking of a "systemic" failure, as if it were the system's fault rather than that of those he had placed in charge of it.

It was hard to avoid the impression at the time that not only was the commander-in-chief on vacation but his whole security team.

It was what happened afterward that troubles now. After being interviewed by the FBI, the suspect wasn't turned over to the military or even the special intelligence unit supposed to handle such cases -- the HIG, or High-Value Interrogation Group.

After being subdued by the passengers on the flight, the suspect wasn't treated as an unlawful enemy combatant and promptly dispatched to a secure military post, where experts adept at this sort of thing could interrogate him at length under conditions designed to garner every bit of useful intelligence from him.

Instead, our unwelcome guest was turned over to the criminal justice system -- with all rights, privileges and delays appertaining thereto.

Naturally, once given his Miranda warning and benefit of counsel, he clammed shut.

Dennis Blair, our national intelligence director, admitted this additional failure of the system when he testified before the Senate's committee on homeland security. The HIG, he told the committee, "was created explicitly for this purpose," but "we did not invoke the HIG in this case. We should have. Frankly, we were thinking more of overseas people and, duh, you know, we didn't (use) it here."

Well, duh, yes. Memo to the admiral: This is a global war on terror even if the administration now refuses to use that term. Which may be a large part of the problem. Language matters. Vague language leads to vague policies, with enough holes in it for a terrorist trained by al-Qaida to slip into the criminal justice system instead of being treated as the enemy combatant he is.

It took Admiral Blair's office several hours to post a notice on its Web site saying the suspect had been interviewed by FBI agents, and had revealed "important intelligence at that time...."

Imagine how much other important intelligence might have been obtained if the suspect had been interrogated for days instead of minutes. And in nice, quiet surroundings that invite a guest to talk. Much like those at lovely Guantanamo Bay, Cuba, where there exists a facility specifically designed, built and operated to hold and question such suspects.

But this administration still proposes to shutter Gitmo, or at least move it to the American mainland. For no reason except to please our enemies and critics abroad. As if anything we could do, short of disappearing, would please them. Our very existence offends them.

"The over-all intelligence system did not do its job," Admiral Blair told the committee, acknowledging the obvious. That special group he mentioned (HIG) not only wasn't called in; it now turns out that it barely exists. A year into this administration, it still hasn't been organized, or at least sufficiently trained, to be of much use in cases like this.

The military interrogators who would have been of use, who know what questions to ask and possibilities to probe, were never called in.

Who was in charge here? "It's in large part my responsibility," Admiral Blair admitted. But he hasn't resigned. Nor has any other higher-up in the administration, including the secretary of homeland "security" who was testifying at his side.

As it turns out, Janet Napolitano wasn't even consulted before the Justice Department (Eric Holder, attorney general) decided to turn Mr. Umar Farouk Abdulmutallab over to the criminal justice system. Nor was Michael Leiter, who heads the National Counterterrorism Center.

It seems the old walls between American intelligence agencies that set the stage for 9/11, and that were supposed to have been eliminated, are still in place. And the big problem still remains: Too many intelligence agencies, not enough responsibility. Or strong leadership. (Would you seriously entrust the security of this country to the likes of the Hon. Eric Holder?)

How fix the problem? A few good, well-earned resignations would do for starters. There's an old rule in the military: a commander is responsible for whatever his unit does or does not do. What a pity it doesn't seem to apply to some of the country's civilian leaders.