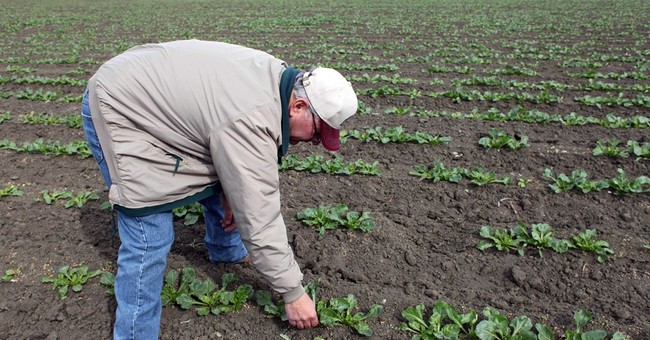 Arguments put forward to support ethanol and other biofuels hold water like sieves – leaking billions of gallons of precious fresh water that are required to produce this expensive, unsustainable energy.

These and other renewable energy programs may have originated for the best of intentions. However, the assumptions underlying those intentions are questionable, at best. Many are rooted in anti-hydrocarbon worldviews and Club of Rome strategies that raised the specter of “looming disasters” like resource depletion and catastrophic manmade global warming, in which the “real enemy” is “humanity itself.” They also underscore how hard it is to alter policies and programs once they have been launched by Washington politicians, creating armies of special interests, lobbyists and campaign contributors.

A review of biofuel justifications shows why these programs must be revised – or (preferably) scrapped.

* Renewable fuels will prevent oil depletion and reduce imports. Baloney. US oil and natural gas were declining and imports rising for decades, because environmentalists and politicians blocked leasing and drilling. The very people decrying the situation were causing it. They wanted to justify a non-hydrocarbon future that would give them greater control over our economy and lives – and build a political power base that tied them and votes to farmers and companies that benefitted from this Washington-mandated industry and vast wealth transfers from taxpayers and consumers to the new energy cartel.

In reality, the United States has vast storehouses of petroleum. Hydraulic fracturing alone has unlocked billions of barrels of oil equivalent energy, created 1.7 million jobs, generated hundreds of billions of dollars in economic activity and government revenues, and made America the world’s number one energy producing nation. Opening up areas that are now closed to leasing would build on this record.

This renewed production also reduced oil imports – even as increasing ethanol mandates and a persistent drought have forced the USA to import ethanol from Brazil. So now we’re importing oil and ethanol!

As I point out here, here and here, there is no evidence that rising CO2 levels are about to cause climate chaos. Global average temperatures have not increased in 17 years. The new NIPCC report demonstrates that human influences on our climate are small and localized, and their effects on temperature, climate and weather are almost impossible to separate from frequent, cyclical, completely natural variability.

The latest UN IPCC report deleted all references to this temperature standstill from the Summary for Policy Makers, and eliminated an IPCC graph that revealed how every single climate model predicted that average global temperatures would be up to 1.6 degrees F higher than they actually were over the past 22 years. IPCC bureaucrats politicized the science to the point of making their report fraudulent.

* Biofuels are better for the environment. Nonsense. We are already plowing an area bigger than Iowa to grow corn for ethanol – millions of acres that could be food crops or wildlife habitat. The energy per acre is minuscule compared to what we get from oil and gas drilling, with or without fracking. To meet the latest biodiesel mandate of 1.3 billion gallons, producers will have to extract oil from 430 million bushels of soybeans – converting countless more acres from food or habitat to energy.

* Ethanol brings cheaper gas and better mileage. Nonsense. Ethanol gets 30% less mileage than gasoline, so motorists pay the same price per tank but can drive fewer miles. It collects water, gunks up fuel lines, corrodes engine parts, and wreaks havoc on lawn mowers and other small engines. E15 fuel blends (15% ethanol) exacerbate these problems. Biodiesel and ultra-expensive biofuel for military ships and aircraft make even less sense, especially when we have at least a century of petroleum right under our feet, right here in the United States, that many “renewable” energy advocates flat out don’t want us to touch.

* Ethanol creates jobs. Yeah, spending billions in taxes that could otherwise pay for other government programs … and billions in extra consumer costs for energy and food … does prop up biofuel programs, until companies go bankrupt anyway. As to “green” jobs, the Bureau of Labor Statistics defines “green jobs” as any that make a company “more environmentally friendly” – and elsewhere includes bus drivers piloting natural gas, biofuel or hybrid vehicles. The Solar Energy Society includes accountants, lawyers and landscapers involved even part time with making or installing solar panels. They could even include burger flippers, if they sell a meal to a truck driver who’s hauling corn to an ethanol plant.

Those capacious definitions should certainly include prosecuting attorneys and staffs going after the growing number of shady dealers who got “renewable energy tax credits” for selling fuels that were not 100% biodiesel – and others who sold fraudulent RINs (Renewable Identification Numbers) to refineries that face stiff penalties if they fail to buy mandated amounts of ethanol and blend it into gasoline.

Because gasoline consumption is down, many refineries have hit a “blend wall” – meaning the gasoline they are producing already contains as much ethanol as vehicle engines and related equipment can safely handle. However, the government still requires them to buy more corn pone fuel – or purchase RINs or pay hefty fines.

If Congress would simply let real free markets work, instead of creating Renewable Fuel Standards, much of this crime and corruption would end. Instead, it perpetuates perverse incentives, perks and money trains – which promote what seems to be the Environmentalist-Industrialist-Governmentalist Complex’s motto: “We don’t tolerate corruption. We insist on it.” Outright criminal activity is the tip of the iceberg.

“Green slime” doesn’t just describe algae-based biofuels. It also describes the entire DC-mandated biofuel system. About the only thing really green about it is the billions of dollars taken from taxpayers and consumers, and funneled to politicians, who dole the cash out to friendly constituents, who then return some of it as campaign contributions, to get the pols reelected, to perpetuate the gravy train.

Even some Democrats are finally questioning their party’s “steadfast support” for policies that promote “renewable” energy over oil and gas: Ben Cardin (MD), Robert Casey (PA), Kay Hagan (NC) and several colleagues have openly expressed concern about renewable mandates. One has to wonder why so many Republicans still can’t say no to ethanol.

Here are the biggest Republican ethanol boosters. Readers may want to call or email them, to present the facts and ask them why they (and most Democrats) insist on perpetuating this wasteful system, which benefits so few, at the expense of so many.

It will be interesting to see how they defend their profligate and environmentally harmful ways.