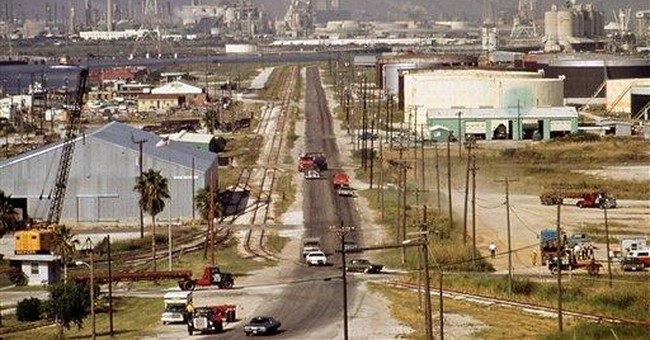 Numerous articles document how European climate policies have been disastrous for affordable energy, economic growth, entire industries, people’s jobs and welfare, wildlife habitats and human lives. Even the IPCC, BBC and Economist have finally recognized that average global temperatures have not budged since 1997. The EU economy is teetering at the precipice, people are outraged at the duplicity and the price they have been made to pay, the Euro Parliament has voted to end subsidies for its Emissions Trading Scheme, and the global warming and renewable energy false façade is slowly crumbling.

Ignoring this, alarmist scientists, eco activists and government bureaucrats are meeting yet again – first in Bonn, Germany June 3-14 for the 38th meeting of UN climate treaty promoters and wordsmiths, then in Warsaw, Poland November 11-22 for 19th Conference of the Parties to the UN Framework Convention on Climate Change. They are determined to hammer out a new treaty, demanding more restrictions on fossil fuel use and CO2 emissions, before the tide turns even more inexorably against them.

Two points must be kept uppermost: the global warming “disasters” exist only in computer models, Hollywood movies and alarmist assertions; and the “preventative measures” are worse than the disasters.

The issue is not whether greenhouse gases “contribute to” climate change. Scientists acknowledge that. The only relevant issues are: how big a contribution; whether these gases now dominate planetary climate variation, supplanting the solar, atmospheric, oceanic and other forces that have warmed and cooled our Earth throughout its history; and whether human GHG/CO2 emissions will cause dangerous climate changes that are unprecedented or worse than those mankind has confronted since time immemorial.

No evidence supports EPA or Intergovernmental Panel on Climate Change positions on these issues.

Average planetary temperatures have not budged in 16 years, even as atmospheric levels of plant-fertilizing CO2 have climbed steadily. For many areas, the past winter was among the coldest in decades, and the US and UK just recorded one their coldest springs on record. The frequency and severity of hurricanes, tornadoes, floods and droughts are no different from observed trends and cycles over the last century. 2012 set records for the fewest strong tornadoes since 1954 and the number of years with no category 3 or higher hurricane making US landfall. Arctic climate and sea ice are within a few percentage points of their “normal” levels for the past fifty years. The rate of sea level rise is not accelerating.

These facts, and many others, completely contradict computer model predictions and alarmist claims. Moreover, as Climategate and numerous studies have shown, the “science” behind EPA’s ruling that carbon dioxide “endangers” human health and welfare is conjectural, manufactured, manipulated, comical and even fraudulent. Here are just a few of numerous examples of dangerous “climatism” at work.

The EPA and IPCC insist they rely entirely on scholarly peer-reviewed source material. However, fully 30% of the papers and other references cited in the IPCC’s Fourth Assessment Report (AR4) were not peer reviewed; many IPCC “lead authors” were graduate students or environmental activists; and many sources were actually master’s degree theses or even anecdotal statements by hikers and mountain guides.

The IPCC claimed Himalayan glaciers would “disappear by the year 2035,” depriving communities in the region of water. This assertion was based on a World Wildlife Fund press release, which was based on a non-peer-reviewed article in a popular science magazine – which was based on an email from a single glaciologist, who later admitted his prediction was pure “speculation.” The IPCC lead author in charge of this section subsequently said he had included the Himalayan glacier meltdown in AR4 – despite his knowing of its false pedigree – because he thought highlighting it would “encourage” policy makers and politicians “to take concrete action” on global warming.

Almost 90% of National Weather Service climate-monitoring stations relied on by the IPCC and EPA to prove “unprecedented” warming were placed too close to air conditioning exhaust vents, blacktop and other heat sources. The heat contamination caused the stations to report higher than actual temperatures.

EPA is using this junk science to justify actions that will be devastating for Americans. The agency is supposed to protect our environment, health and welfare. Instead, it “safeguards” us from exaggerated or illusory risks, and issues regulations that endanger our health, wellbeing and wildlife far more than any reasonably foreseeable effects from climate change.

As anti-fossil fuel mandates put EPA in control of nearly everything Americans make, ship, eat and do – fuel and regulatory compliance costs will increase. Companies will be forced to outsource work to other countries, reduce work forces, shift people to part-time status, or close their doors. Poor and minority families will be unable to heat and cool their homes properly, pay the rent or mortgage, buy clothing and medicine, take vacations, pay their bills, give to charity, or save for college and retirement.

Regulators and environmentalist groups have given heavily subsidized wind turbine operators a free pass, allowing them to slaughter millions of birds and bats every year – including bald and golden eagles, hawks, condors and whooping cranes. Rainforests and other wildlife habitats are being cut down, so that “innovators” can produce $50-per-gallon biofuels, to replace oil and natural gas that the world still has in abundance and could easily produce with conventional, enhanced and fracking technologies.

US forests are also being chopped down – to fuel electricity generation in Europe, where regulations prohibit both fossil fuels and tree cutting, but promote subsidized “renewable” energy. So American trees and wetland/forest habitats are being turned into wood pellets for shipment to Britain and other EU countries: 1.9 million tons of pellets in 2012, to burn in power plants that consumed over 7 million tons of wood last year and expect to double that by 2020. It’s insane. It’s not sustainable or ecological.

Would the IPCC, US Global Change Research Program or EPA “ever produce a report saying their issue is of diminishing importance – so that EPA regulations of greenhouse gases are not needed?” climatologist Patrick Michaels wonders. “Not unless they are tired of first class travel and the praise of their universities, which are hopelessly addicted to the 50 percent ‘overhead’ they charge on science grants.”

EPA finds, punishes and even targets anyone who violates any of its ten thousand commandments, even inadvertently. EPA’s climate change actions, however, are not inadvertent. They are deliberate, and their effects are far reaching and often harmful. For better or worse, they affect all of us, 100% of our economy.

And yet, these increasingly powerful bureaucrats – who seek and acquire ever more control over our lives – remain faceless, nameless, unelected and unaccountable. They operate largely behind closed doors, issuing regulations and arranging sweetheart “sue and settle” legal actions with radical environmentalist groups, to advance ideological agendas, without regard for the impacts on our lives, jobs, health, welfare and environment. They know that, for them, there is rarely ever any real transparency, accountability or consequences – even for gross stupidity, major screw-ups, flagrant abuses or deliberate harm.

We need to save our environment from environmentalists and EPA – and safeguard our liberties, living standards and lives against the arrogance of too-powerful politicians and bureaucrats. How we achieve this, while protecting our lives and environment from real risks, is one of the greatest challenges we face.