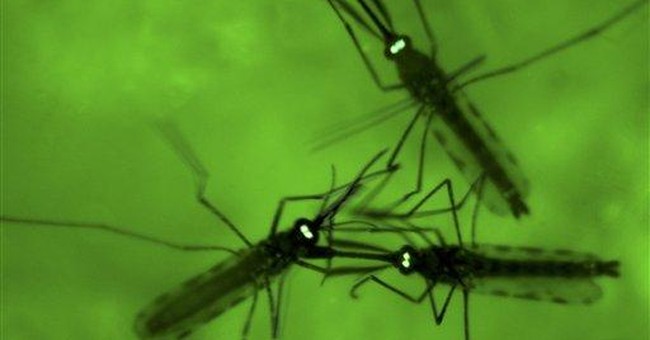 We will eradicate malaria by 2010, stricken families were promised a few years ago. Well, 2010 is almost gone and, instead of eradication, we have more malaria than before, and a new target date: 2015.

Unless malaria control policies change, that date too will come and go. Billions will still be at risk of getting malaria. Hundreds of millions will continue getting the disease. Millions will die or become permanently brain-damaged. And poverty and misery will continue ravaging Third World communities.

For years, malaria strategies have been dominated by insecticide-treated bed nets, Artemisia-based drugs, improved diagnostics and hospitals, educational campaigns, and a fruitless search for vaccines against highly complex plasmodium parasites. All are vital, but not nearly enough.

Notably absent in all too many programs has been vector control – larvacides, insecticides and repellants, to break the malaria victim-to-mosquito-to-healthy-human transmission cycle, by reducing mosquito populations and keeping the flying killers away from people. Dr. William Gorgas employed these methods to slash malaria and yellow fever rates during construction of the Panama Canal a century ago.

They are just as essential today. But well-funded environmental pressure groups vilify, attack and stymie their use, callously causing needless tragedy and suffering. They especially target the use of DDT.

Spraying the walls and eaves of houses once or twice a year with this powerful spatial repellant keeps 80-90% of mosquitoes from even entering a home; irritates any that do enter, so they don’t bite; and kills any that land. DDT is a long-lasting mosquito net over entire households. No other chemical, at any price, can do this. And no one (certainly not any eco pressure group) is working to develop one.

This miracle chemical had helped prevent typhus and malaria during and after World War II, and completely eradicate malaria in the United States, Canada and Europe. It was then enlisted in an effort to rid the entire world of malaria. After initial successes, DDT ran into an unexpected roadblock in 1969.

As physician Rutledge Taylor chronicles in his pull-no-punches new film, “3 Billion and Counting,” Sierra Club, Audubon Society and Environmental Defense Fund enlisted DDT in their own campaign, to get it banned. They said the chemical posed unacceptable risks to people, wildlife and the environment – and used pseudo-scientific cancer and ecological horror stories, like those in Rachel Carson’s Silent Spring, to spook people, politicians and bureaucrats.

Along with Greenpeace, World Wildlife Fund, Pesticide Action Network and other eco activists, they portrayed themselves as white knight planetary guardians. Their true motives were far less virtuous. “If the environmentalists win on DDT,” EDF scientist Charles Wurster told the Seattle Times, “they will achieve a level of authority they have never had before.”

In short, the war on DDT was never about protecting people or birds. It was, and is, about power, control, money and ideology – regardless of the resultant human misery, disease and death.

For the new Environmental Protection Agency, it was about power and politics. As the greens’ campaign to ban DDT intensified, EPA Administrator William Ruckelshaus convened a scientific panel, which held six months of hearings, compiled 9,312 pages of studies and testimony, and concluded that DDT was safe and effective and should not be banned.

Nevertheless, without attending a single hour of hearings or reading a page of the report, Ruckelshaus banned US production and use of DDT in 1972 – at a time when over 80% of the chemical was being exported for disease control. He later said his decision had nothing to do with cancer. He had a political problem, he said, and he fixed it.

Carcinogenic? The International Agency for Research on Cancer lists DDT as “possibly carcinogenic” – right up there with coffee and pickles. Among products that “definitely” cause cancer, it includes birth control pills and ethanol. Mice fed DDT got 26% fewer cancers than control mice. Another study found that DDT actually cured malignant brain tumors in rabbits. Millions of war survivors were sprayed directly on their bodies; none ever contracted cancer as a result.

Bird eggshells? The original Bitman DDT studies involved diets that were 80% deficient in calcium; when the birds were fed proper diets, there was no thinning. Audubon Society annual Christmas bird counts recorded that bald eagle populations rose from 197 in 1941 to 891 in 1960, while robins increased from 19,616 in 1941 to 928,639 in 1960 – all when DDT use in America was at its historic high.

Resistance? Mosquitoes have never become resistant to DDT’s life-saving repellency properties, but they are developing resistance to the pyrethroids used in agriculture – and bed nets.

Poisonous? People have tried to kill themselves with DDT – and failed. It’s most common replacement, parathion, killed hundreds of people, who safety experts said were too used to handling DDT. But as Dr. Wurster pointed out, it “only kills farm workers and most of them are Mexicans and Negroes.”

This modern, eco-style eugenics has since been broadened to the impoverished developing world, where DDT could reduce the agony, brain damage, lost work hours, poverty and death – if it weren’t so frequently banished due to green ideologues like Wurster and the Club of Rome’s Alexander King, who worried more about over-population than human rights.

Thus the vicious cycle continues. Infected people are too sick to work, too poor to afford sprays or nets or get proper treatment. Ugandan activist Fiona Kobusingye lost her son, two sisters and four cousins to malaria. Former Black Panther Patrick O’Neal says every household in his Tanzanian village has lost at least one member of its extended family to malaria. On Sumba Island, Indonesia, one-third of all women have lost at least one child to malaria.

EDF and EPA lied. Millions of children died. How convenient, then, that UN Environment Program’s Nick Nutter can deadpan, “when someone here dies from malaria, they say God has taken them” – not baby-killing policies. How convenient that Al Gore can blame malaria on manmade global warming.

This is environmental justice? The kind championed by President Obama and EPA Administrator Lisa Jackson? Eco activist groups get billions. The world’s poor get disease and death. And EPA and the greens want to be put in charge of our energy, economy, jobs, living standards and lives.

How inconvenient for them when folks like Dr. Rutledge raise questions they really don’t want to address. No wonder Ruckelshaus, Pesticide Action Network, USAID and EPA refused to grant him interviews. Stephanie from Pesticide Action did want to know who was funding the film. But when Dr. Rutledge said he was, she ended the conversation, without mentioning who funds PAN. (The Richard and Rhoda Goldman Foundation, among others.)

See this film. Tell your friends about it. Bring it to your college, club and local theater. It will make your blood boil, and change your perspectives forever about DDT and the radical environmental movement.